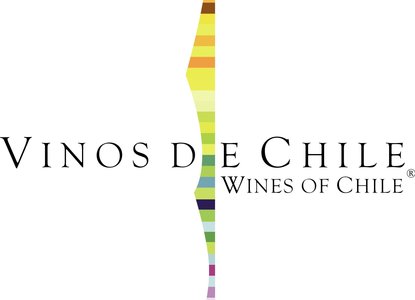 Chile produces more Cabernet Sauvignon than any other varietal. With extensive plantings, Cabernet can be found in a variety of sites and terroirs from the foothills of the Andes through the central valley and further west.  Some of the wine made from these vineyards is of world class quality, while a large amount also makes its way into inexpensive bulk wine and entry level bottled wine. In this article, we review Chilean Cabernet Sauvignon at several price points, although most fall in the $20-25 range.  As a group, wines in this range offer delicious drinking and excellent value. For more in depth coverage of Chilean Cabernet Sauvignon, read our report on Chile’s Premium Wine Revolution.

Chilean Cabernet Sauvignon exhibits the characteristics of the varietal—violet and lead pencil aromas and a firmly structured palate of cassis fruit with hints of black tea.   In addition, it’s not unusual to find touches of mint or sage on the nose of a Chilean Cabernet, and earth and tobacco notes on the palate.  Since many Cabernets have up to 15 percent of other varietals, the aromas and flavors of the wine can also take on some of the characteristics of the blending grapes.  For wines seeing extended time in oak, one also finds elements of spicy, toasted oak and sometimes dark cocoa.

Los Vascos 2018 Cromas Gran Reserva Cabernet Sauvignon Valle de Colchagua (Peralillo DO) ($22) 91  The Cromas Gran Reserva reveals fresh red fruit on the nose. Red and black fruit flavors with touches of spicy oak show on a well-balanced palate finishing with lingering notes of cassis on a medium long finish. All told, a very pleasant, easy drinking wine. A blend of 85% Cabernet Sauvignon, 10% Syrah and 5% Carmenere from the Peralillo DO located in the Peralillo DO in the far west of the Colchagua Valley at 140m elevation and 40km from the Pacific. The soils are maicillo gravel derived from granite. The winemaker is Maximiliano Correa. 14.5% alc Importer: Taub Family Selections

Miguel Torres 2018 Cabernet Sauvignon Cordillera de Los Andes Reserva Especial Valle del Maipo ($20) 92  Medium dark red. The Cordillera de Los Andes Cabernet is an exceptional value and a delicious wine. There’s fragrant red currants and toasty oak on the nose with a light spicy black pepper note. The palate is a bit angular but sweet fruit flavors mimic the aromas and offer very pleasant drinking. 100% Cabernet Sauvignon from the Parcela Coluvión in the Maipo Andes from vines planted in 1992 on the edge of the Pirque DO at 792m elevation on colluvial soils. 14% alc.  Importer: Empson USA

Peñalolen 2018 Cabernet Sauvignon Maipo Valley ($20) 91  Almost opaque in color, the Peñalolen Cabernet is distinct in its herbaceousness and cocoa and cherry aromas and flavors. Robust tannins suggest pairing this wine with cuisine that needs a firm counterpoint. All told, a respectable wine for the price. 88% Cabernet Sauvignon, 6% Merlot, 5% Cabernet Franc, and 1% Petit Verdot from the Viña Quebrada de Macul. 14.5% alc.  Importer: Global Vineyard

TerraNoble 2018 Cabernet Sauvignon Gran Reserva Valle de Colchagua ($20) 91 Medium dark red in color with a fruit driven, dark berry nose. Blackberry compote flavors are complicated by light herbal notes, and the texture is silky, although the tannins remain dry. A nicely balanced wine that drinks very well right now and is an excellent value.  A 100% Cabernet Sauvignon sourced 70% from the Los Lingues DO and 30% from the Marchigüe DO. 14% alc. Importer: Winebow