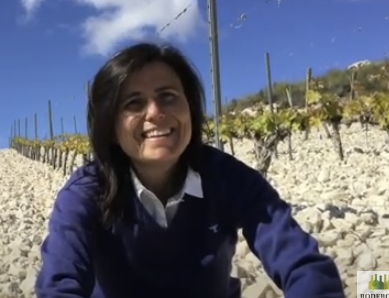 Located at the southernmost part of Jumilla just 60 km from the Mediterranean, Viña Elena was founded in 1948 by Francisco Pacheco Pérez. Today, the third generation of the Pacheco family makes the wine and manages the vineyards and winery.  Elena Pacheco, CEO and manager, pictured here, is the guiding light of Viña Elena. She studied economics at the Universidad de Murcia but then joined the family winery and earned her Masters in Viticulture and Enology at the Universidad Miguél Hernández de Elche and later assumed management of Bodegas Pacheco, renamed as Viña Elena.  She began bottling wine in 2002, although bulk wine production remains important.  Exports account for about 65% of sales.

We visited Viña Elena to meet up with Elena Pacheco, CEO and manager, and Fernando Pacheco, Export Director, and learn more about their high-end line of wines called Bruma del Estrecho de Marín.  The Bruma del Estrecho de Marín line was created in 2014 by Elena and wine consultant Isio Ramos to showcase expressions of terroir on Monastrell in Jumilla.  Grapes are sourced from both estate vineyards and vineyards under contract to Viña Elena, and most the fruit comes from old, self-rooted (pie franco) vines, the planting of which was outlawed by the Consorzio after an epidemic of phylloxera in Jumilla in the 1980s.

The name, Bruma del Estrecho de Marín, comes from location of the winery and its old estate vineyard. Estrecho, meaning “narrow” in English, refers to the narrow valley between two low-lying mountain ranges called Marín where the winery is located, and bruma references the morning fog that enters the valley.  Some of the wines we tasted are vinos de paraje.  Paraje refers to a small geographic area; vinos de paraje are wines that come from a small area, e.g., a valley or village, but are not necessarily single vineyard wines. This terminology is used throughout Spain; for example, in our recent report The Revival of Garnacha in Spain we tasted the Comando G Rozas 1er Cru, a vino de paraje from the village of Rozas de Puerto Real Sierra de Gredos. And in our report The Wines of Bierzo we tasted the Luna Beberide Finca Luna, a vino de paraje from Villafranca del Bierzo.  Other wines that we tasted from Viña Elena are called vinos de parcelas, which are small, single parcel or single vineyard wines. Finally, Viña Elena makes a single vineyard wine from the estate vineyard called a vino de finca.  The following graphic summarizes the terroir-based wines produced under the Bruma del Estrecho de Marín label.

Monastrell grapes for the Bruma del Estrecho Marín wines are sourced throughout Jumilla, some from higher elevations where average temperatures are cooler and the daily temperature variation is huge.  Once the grapes arrive at the winery, they’re given a cold soak and gently fermented with a good portion whole cluster in stainless steel tanks, after which they see aging in larger format French oak barrels.  As revealed in our tasting notes, the resulting wines are red fruited, fresh, and almost delicate in character.  Since 2004 Viña Elena’s winemaker has been Pilar Abellán, a graduate of Madrid’s Escuela de Enología y Viticultura. She was previously winemaker at the Bodega Cooperativa de Pinoso in Alicante. 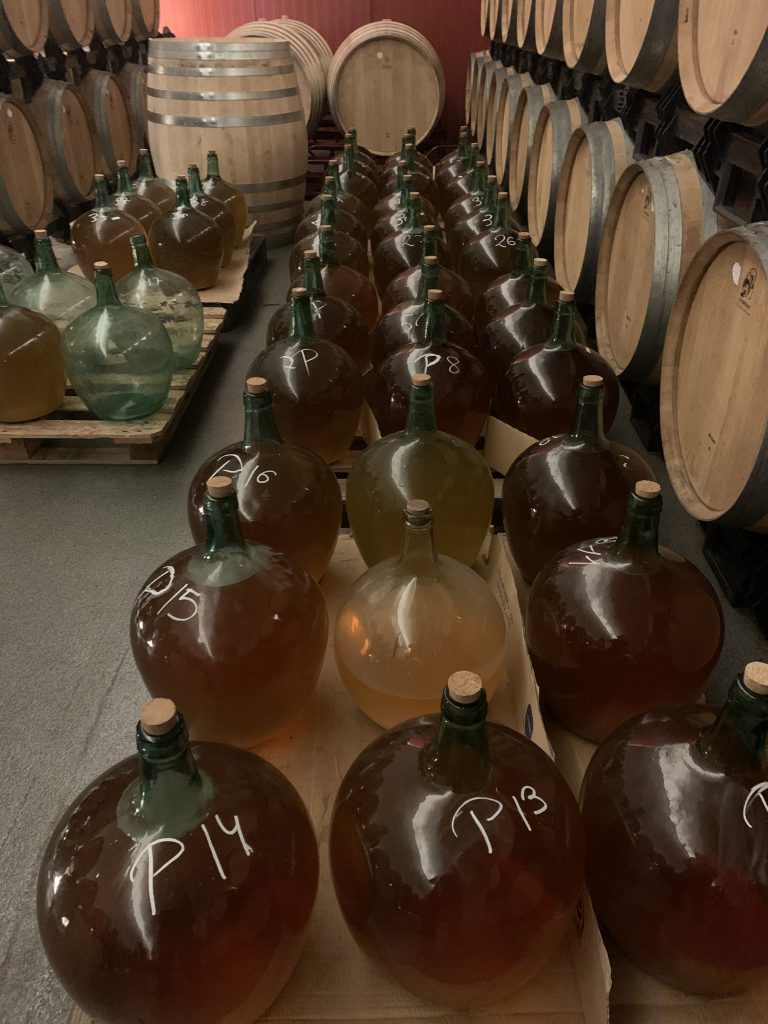 Viña Elena 2019 Bruma del Estrecho de Marín Paraje Las Encebras Jumilla 91 One of most original wines of Jumilla, this 100% Airén is made from 45-year-old vines and fermented with 5 days contact with skins and stems in 20L glass demi-johns. The resulting wine evokes the skin contact wines of Italy’s Collio region. Medium dark gold in color, it offers enticing dried yellow stone fruit scents that carry over to a dry palate with additional nuances of honeycomb and dulce de leche. It’s juicy with vibrant acidity and a hint of salinity. Bottled August 2020.

Viña Elena 2020 Bruma del Estrecho de Marín Parcela Mandiles (barrel sample)  Still in barrel at the time of tasting, the source of fruit for this 100% Monastrell wine is the 70+ year-old, self-rooted, northeast facing Mandiles vineyard with limestone, sand and clay soils located near the winery. The wine matures in 500L barrels for 12+ months.  The barrel sample reveals a refined, fresh wine that connoisseurs should seek out once it’s bottled.  We don’t rate barrel samples, but this one is excellent.