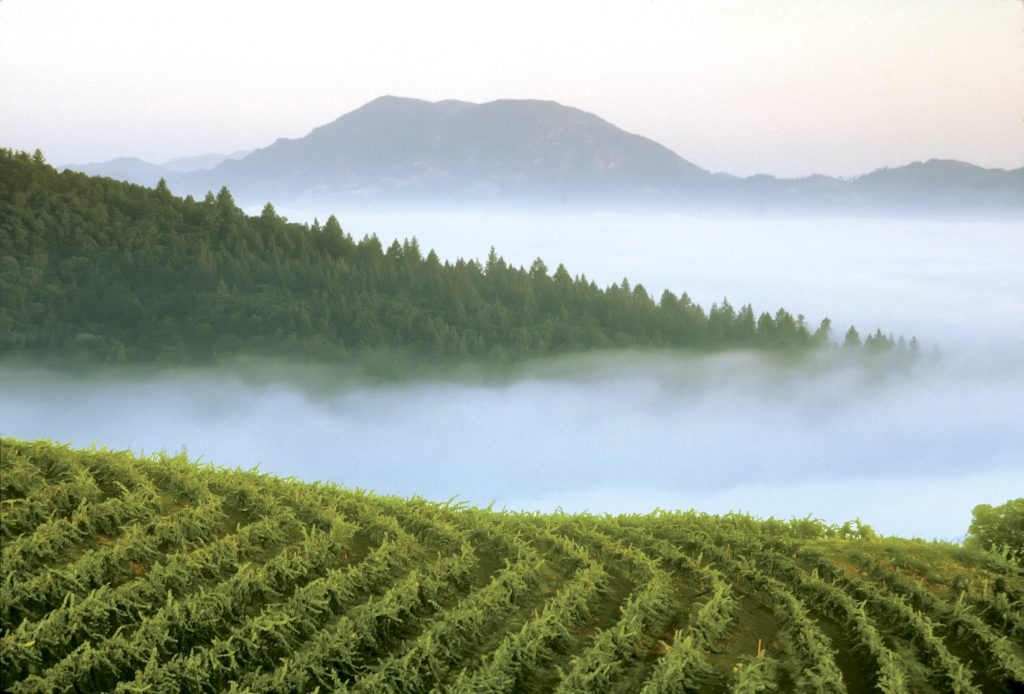 Stuart Smith, an outstanding Napa winemaker, studied economics at Berkeley before deciding to take winemaking seriously. He did graduate work in enology at UC Davis and in the autumn of 1971 bought a derelict, steeply sloped vineyard on the top of Spring Mountain (1300-2000’ elevation) originally planted by George Cook in 1884.  By the time Stu bought it, 55 year old Sequoias had reclaimed the vineyard. He cleared the land and, since phylloxera was not present, planted new, self-rooted vines in 1972 acquired from a UC Davis mother block.  It was another 40 years before phylloxera snuck into the vineyard, and Stu and his winemaker brother Charles were forced to replant again.  In this article, we review the current releases of Smith Madrone. 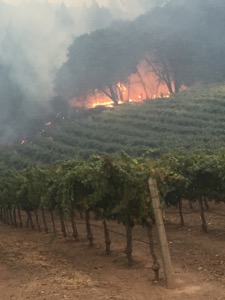 Fire at the Smith-Madrone Vineyard

Having a winery and dry farmed vineyard on top of a mountain surrounded by forest and grassy hills can be exciting at the end of a dry summer.  The excitement at Smith-Madrone peaked on   Sept 28, 2020, when the Glass Fire arrived at the vineyard.  The Smith brothers had prepared for this event by clearing nearby brush and trees, and they continued clearing and cutting with chainsaws through the night. Finally, the St. Helena fire department did a backfire that stopped the fire from advancing.  Smith-Madrone suffered relatively little damage, but several neighboring wineries weren’t so fortunate.

John Guare popularized the notion that humans are closely connected in his play Six Degrees of Separation.  In the time of Haight-Ashbury hippiness and anti-Vietnam War protests, Stu and I were both studying economics at Berkeley.  Fast forward to today, Stu’s son is earning his MBA at USC, where I used to teach, and his nephew, who is related to Nobel Prize economics winner Douglas North, teaches economics at Virginia Tech, not far from our offices in Washington DC. 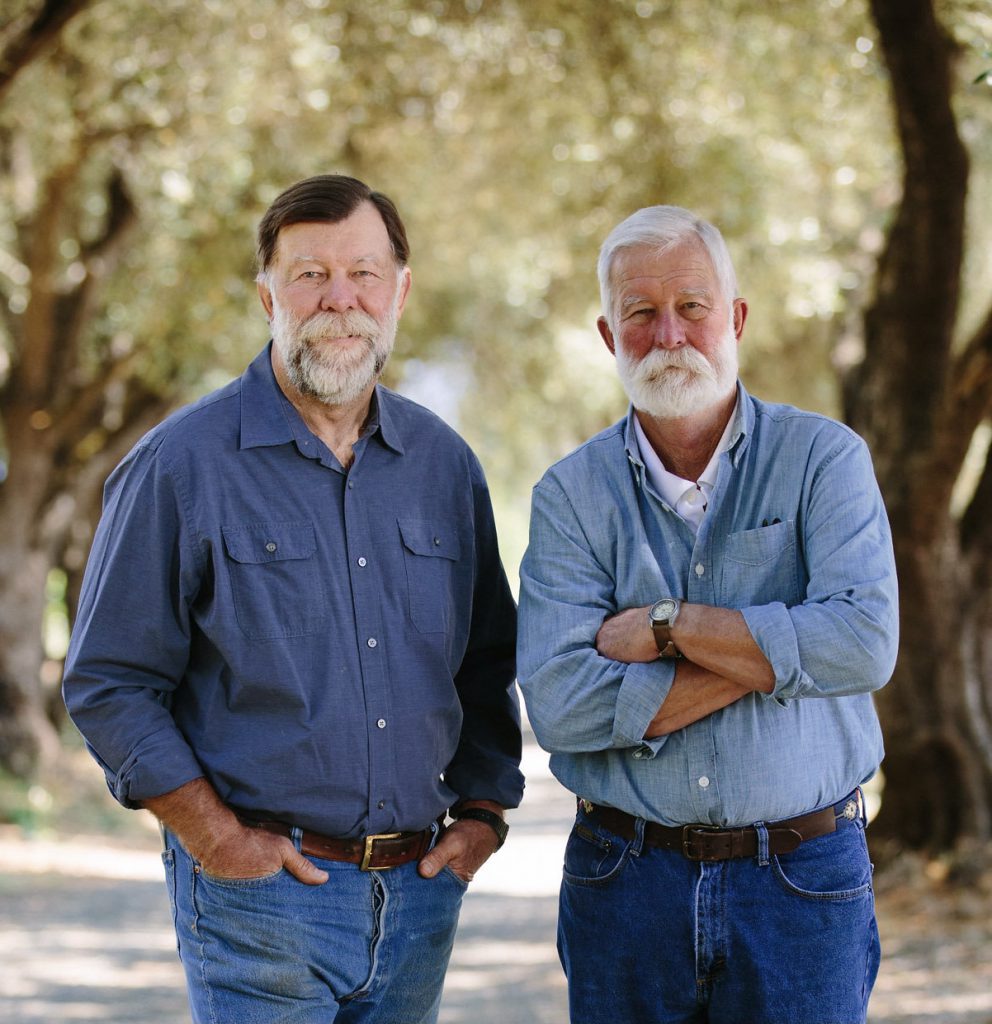 Smith-Madrone 2018 Chardonnay Spring Mountain District, Napa Valley ($45) 94 Medium yellow gold. Orchard fruit with hints of Meyer lemon and vanilla on the nose. Full in the mouth with good intensity and seamless integration of oak with rich fruit and superb balance. A nicely polished mountain Chardonnay on the crisper, more mineral like end of the spectrum. Sourced from the estate’s dry-farmed mountain vineyard, fermented in barrel and aged in new French oak. We also tasted the 2017 vintage from a warmer year where we found more cooking spice and a hint of butterscotch but also superb balance.

Smith-Madrone 2017 Riesling Spring Mountain District, Napa Valley ($34) 92  An outstanding Riesling from the estate’s dry farmed, mountain vineyard. Intriguing tangy aromas of citrus and stone fruit with petrol and orange lozenge nuances. Clean and silky texture with mouthwatering acidity and nice minerality on a dry, beautifully balanced palate. This wine is still available on the winery’s web site, and we suggest snapping it up.   TA 8.9 g/L, pH 3.05, 12.9% alc.  Smith-Madrone 2018 Riesling Spring Mountain District, Napa Valley 92  Showing tangy aromas of grapefruit and other citrus with mineral-like nuances, this is one of North America’s best dry Rieslings. It has a squeaky clean, silky palate with good varietal character and a refined texture. Drinking beautifully now, but it could benefit from a little more time in bottle.  13.3% alc.

Smith-Madrone 2018 Cabernet Sauvignon Spring Mountain District, Napa Valley ($62) 93  The Smith-Madrone vineyard is at high elevation where temperatures are cool and the soils are sparse, and this is an excellent example of mountain Cabernet Sauvignon. It’s dark fruited and spicy with mineral and herbal nuances. On the palate, it’s unctuous yet silky with bright acidity and freshness and super long on the finish. It has a long life ahead of it. A blend of 86.5% Cabernet Sauvignon, 7.5% Cabernet Franc, and 6% Merlot sourced from the estate’s dry farmed, mountain vineyard; matured 21 months in 50% new French oak. 14.3% alc.

Photos by Meg Smith and Smith-Madrone.

1 Response to Smith-Madrone: Wine, Fire, and Economics in Napa