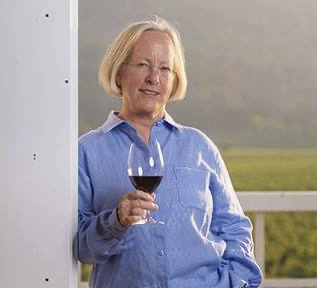 Cathy Corison makes some of the Napa Valley’s most elegant and refined Cabernet Sauvignons.  In this article we review her wines from the cool, long-ripening 2018 vintage, including the still to be released wine from the special, old vine Kronos Vineyard.  We’ve tasted her wines over the years but not recently, so this tasting was a very welcome re-introduction to Corison Cabernet Sauvignon.  We came away very impressed with the wines, as reflected in the tasting notes below.

Cathy caught the wine “bug” as an undergraduate and moved to Northern California to learn winemaking.  In 1978, she received her MS in Enology from UC Davis, following in the footsteps of earlier female students like Zelma Long (1970), Merry Edwards (1973), and MaryAnn Graf (1965), who was the first female winemaker to graduate from Davis.  After landing her first job at Freemark Abbey, she became head winemaker at Chappellet at just age 26.  Other winemaking positions followed at Staglin, York Creek, and elsewhere before she was able to devote herself full time to her own St. Helena winery.

The first Corison Cabernet Sauvignon made from the Napa Valley purchased grapes appeared in 1987, but it wasn’t until 1995 that she purchased her first vineyard (Kronos).  In 1999 she and husband William Martin built the Corison Winery next to Kronos.  In 2015 they purchased their second vineyard, Sunbasket, which was originally planted in the early 1950’s by André Tchelistcheff.

The Corison vineyards are meticulously and naturally cultivated.  They’re farmed using organic practices, cover crops, and essentially no irrigation. The result is soils that are alive and structured and can produce phenolically ripe fruit with good natural acidity at relatively low Brix (and, thus, low alcohol).  Cathy’s winemaking is similarly natural and non-interventionist. She never acidifies and only adds SO2 at the end of fermentation before going to barrel.

The result of all this careful work in the vineyard and the winery is wines that are wonderfully refined, restrained and delicious. They’re also wines that promise to age well, and to improve with a little more cellar time. 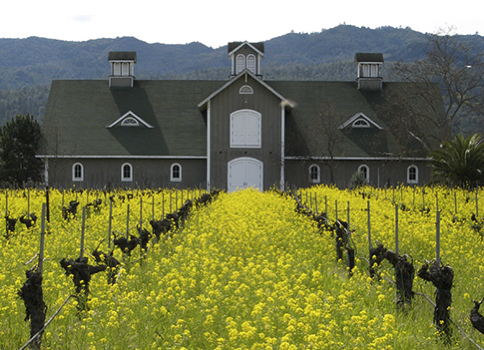 Corison 2018 Cabernet Sauvignon Napa Valley ($100) 94  Superbly balanced, fresh and ready to drink in its youth, this is a delicious, refined Napa Cabernet Sauvignon. There are elements of cedar spice, huckleberry and herbs, all integrated with a silky mouth feel and round tannins. Everything is in the right proportion in this exemplary Cab. Sourced from three bench land vineyards between Rutherford and St. Helena. 13.8% alc.

Corison 2018 Cabernet Sauvignon Kronos Vineyard St. Helena Napa Valley ($200) 97  The most profound and elegant of the Corison Cabernet Sauvignons, the Kronos Vineyard wine is made from very low yielding, gnarly, 50-year-old vines. It offers a fine, dark red berry and spicy perfume, a firm and beautifully structured, layered palate, and a very rich, long palate. This wine won’t be released until next spring, and it could clearly benefit from more time in bottle, but that didn’t stop us from enjoying it immensely. The Kronos vineyard was planted in 1971 on St. George rootstock, yielding just 1.25 tons/acre.

Corison 2018 Cabernet Sauvignon Sunbasket Vineyard St. Helena Napa Valley ($200) 95  Quite different from the Kronos Cabernet, the Sunbasket offers a soft, floral and sandalwood spice bouquet and a dense, still somewhat reticent, firm, almost crisp palate. Tannins are present but not harsh. A year in the cellar should let this wine evolve in a spectacular fashion. André Tchelistcheff, who originally planted this vineyard in the early 1950’s, referred to this exceptionally sunny parcel as a “sun basket”; hence the name of this vineyard.