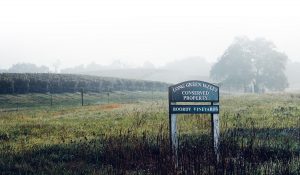 Boordy Vineyards, Maryland’s first modern commercial winery, was founded in 1945 by Philip Wagner,  author of the 1933 book American Wines and How to Make Them. While Wagner’s wines won praise, he became best known for his advocacy of the French-American hybrid and his nursery, which provided cuttings to growers throughout the country.  Eventually, the winery was sold to the Deford family, long time Maryland grape growers. In recent years, UC Davis trained winemaker and owner Rob Deford replanted the vineyards and constructed a new state of the art winery. We recently reviewed the Boordy Vineyard wines as part of our published report on The Wines of Maryland. Our conclusion: Rob has raised Boordy to the top echelon of East Coast wineries. 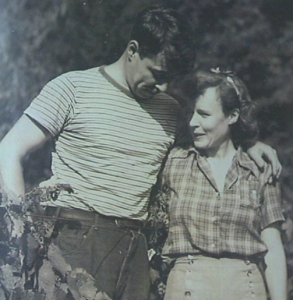 Phil and Jocelyn Wagner in the Early Days

Born in 1904 and raised in Michigan, Philip Wagner began work as an editorial writer for the Baltimore Sun in 1930.  He started making his own wine from California grapes (Zinfandel and Carignan) during Prohibition and then planted a tiny vineyard to vinifera, which failed. While working in London he learned of French-American hybrids being grown at the East Maling agricultural station and brought cuttings to plant in his Maryland vineyard. He also reputedly brought in suitcase cuttings of Vidal Blanc from Monsieur Vidal himself in Cognac. He also wrote about making wine and in 1933 published the book American Wines and How to Make Them, which became the Bible to many winemakers. He also developed the Boordy Nursery, which became the source of French-American Hybrid cuttings for the entire East Coast. This is where viticulturist Lucie Morton’s family purchased their first grapevines. In 1945 Philip and his wife Jocelyn opened Boordy Vineyards, which Wagner called the first American winery dedicated to producing wines from French-American hybrids.  Meanwhile he continued writing and advocating the planting of French-American hybrids on the East Coast. Walter Taylor of Finger Lakes’ Bully Hill Vineyards agreed, and he and Boordy engaged in a sometimes bitter war of words with Konstantin Frank, who thought only vitis vinifera could make fine wine. In 1980, one of Wagner’s grape growers, the Deford family, purchased Boordy Vineyard 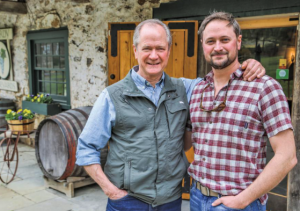 After the Deford family purchased Boordy, the task of renovating the winery and its vineyards fell to Rob Deford, one of the few Maryland winemakers to graduate from the UC Davis enology program.  Rob decided he needed to find a new vineyard site to further improve the quality of his red Bordeaux varieties and traveled 80 miles west of the winery to the Blue Ridge where the rocky soils are well drained, diurnal temperature swings larger, and the growing season longer to plant his South Mountain Vineyard.  Later, in 2005 he brought in vineyard consultant Lucie Morton and on her advice decided to rip out his old, virus infected vines and replant the entire vineyard, using different rootstocks and grape clones and using tighter spacing, increasing vine density from 660 per acre to 1,663.  The replanting of the vineyards was followed in 2013 by the construction of a new state of the art winery opened in 2013 with a production capacity of 170 thousand gallons. 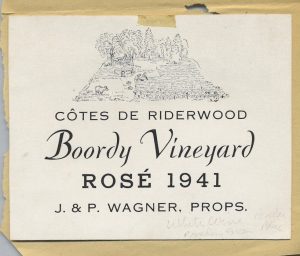