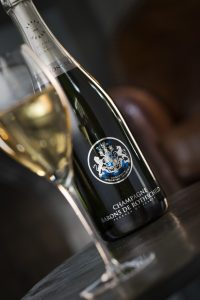 We recently sat down with Frédéric Mairesse, Managing Director, to taste through the Champagne Barons de Rothschild portfolio. Our reviews follow a brief account of how the Rothschild family developed its Champagne house. 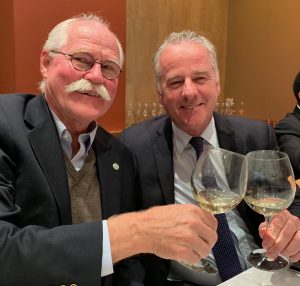 Shortly after the turn of the century the Rothschild family decided to develop a top quality Champagne house from scratch. They hired one of the region’s top managers, Frédéric Mairesse, previously with LVMH, to oversee the project. As Frédéric can tell you, it’s not easy entering a well established industry where the big Champagne houses fiercely protect long term grower contracts and have the inside knowledge to quickly glom on to any vineyard parcel up for sale.  That may explain why only three new Champagne houses have been established in the past 50 years, the other two being Bruno Paillard in 1981 and Vranken in 1976.

The transformation of the Rothschild family into one of Champagne’s premier houses has been rapid.  They initially purchased a small parcel in the village of Vertus (south of Épernay) in the Côte de Blancs (see map below). Beginning in 2003, they recruited  Caves de Vertus to make the wine and contracted with owners of Grand Cru and Premier Cru vineyards for their Chardonnay grapes (in Côte de Blancs) and Pinot Noir grapes in (Montagne de Reims). They also brought on as cellar master one of Champagne’s leading winemakers, Jean-Philippe Moulin, formerly cellar master at Ruinart. [Jean-Philippe recently retired; Guillaume Latte, who worked with Jean-Philippe the past seven years, is the new chef de cave.]They built a new winery in Reims that opened in 2007, constructed new underground cellars in Vertus for aging their wines, and purchased a small vineyard. Today, they source grapes from  85 hectares of vineyards, 85 percent of which are Premier or Grand Cru. 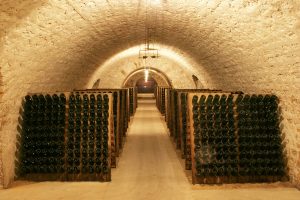 The winemaking at Champagne Barons de Rothschild follows the same meticulous care employed in their world famous Bordeaux estates. They use only the first press vin de cuvee and a high percentage (40+%) of reserve wine.  They age wines in underground cellars for at least 3 years, employ a low dosage, and age their Champagnes and additional period after disgorgement.  Their first non-vintage Champagne was released in 2006, and their first vintage Champagne, the 2006 Blanc de Blancs, was released in 2015.

Given their youth as a Champagne house, Barons de Rothschild has had amazing success.  The quality of their Champagnes if very high,  annual production is now almost 500 thousand bottles, and they export their Champagnes to 80 countries. The US is one of their most important markets. The US importer is Taub Family Selections. 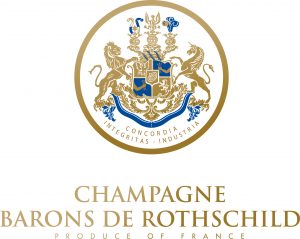 Barons De Rothschild NV Brut Champagne ($75) 91 This is a nicely balanced Brut showing notes of almond, pear, and citrus zest with light brioche notes. It shows excellent freshness and finishes with good length and an interesting smoky mineral quality. A blend of 60% Chardonnay, mostly from Côte des Blancs grands crus, and 40% Pinot Noir. Both are mostly from the 2013 vintage with 40-45% reserve wine, 5 g/L dosage, and about 5 years on the lees.

Barons De Rothschild NV Blanc de Blancs Champagne ($115) 92 More expressive than the Brut, the Blanc de Blancs opens with the bright zest of citrus fruit, almonds, and a hint of toast. It’s generous on the palate with a combination of creaminess and uplifting acidity with notes of lemon curd, brioche, and dried stone fruit. Finishes very long with lingering chalky lemon minerality. The non-vintage Blanc de Blancs is sourced from several villages in the Côte des Blancs. It contains 40% reserve wine and spends 5 years on the lees.

Barons De Rothschild 2010 Millésime Champagne ($142) 92 A Champagne of textural finesse, the Millésime offers mineral accented aromas of fresh fruit, baked bread, and toasty lees. The palate is sleekly sculpted with subtle notes of pastry cream and candied lemon with lingering spice and mineral notes. The Millésime is a 50/50 blend of Chardonnay from the Côte des Blancs and Pinot Noir from the Montagne de Reims, aged on the lees for 7 years.

Barons De Rothschild 2008 Blanc de Blancs Cuvée Spéciale Champagne ($300) 94  Sourced from the best Grand Cru vineyards of the Côte des Blancs, the 2008 Cuvée Speciale spend 8-9 years on the lees and another year in bottle after disgorgement. It’s a wine of impressive depth, layered and texturally rich and elegant with a precise, perfumed mouth feel. Citrus, toasted grain, and minerals are intricately interwoven resulting in dramatic breadth and intensity.

Barons De Rothschild NV Rosé Brut Champagne ($115) 92  Revealing incisive aromas of red berries, tangerine peel, and rose petal that are mirrored on a fresh and flavorful palate, the NV Brut Rosé rich and complex with lovely mid-palate depth. It’s a blend of 85% Chardonnay from the principal Côte de Blancs crus and 15% Pinot Noir from mostly Grand Cru vineyards in the Montagne de Reims, including 5-6% red wine. From the 2014 vintage, theNV Rosé spends 3-4 years on the lees. 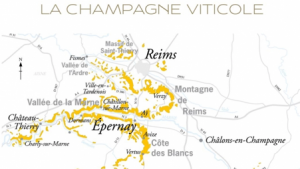 This entry was posted in Champagne, Countries and Regions, France, Uncategorized, Wine Type and tagged Featured. Bookmark the permalink.