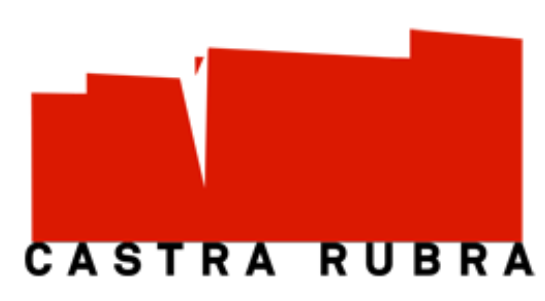 Bulgaria has created numerous new, state of the art wineries over the past two decades. None is more significant than Castra Rubra where globetrotting enologist Michel Rolland has played a lead role as consulting winemaker as well as in planning the winery and new vineyards.  The wines are what one would expect from Rolland—rich, ripe, voluptuous and delicious! See our reviews below. 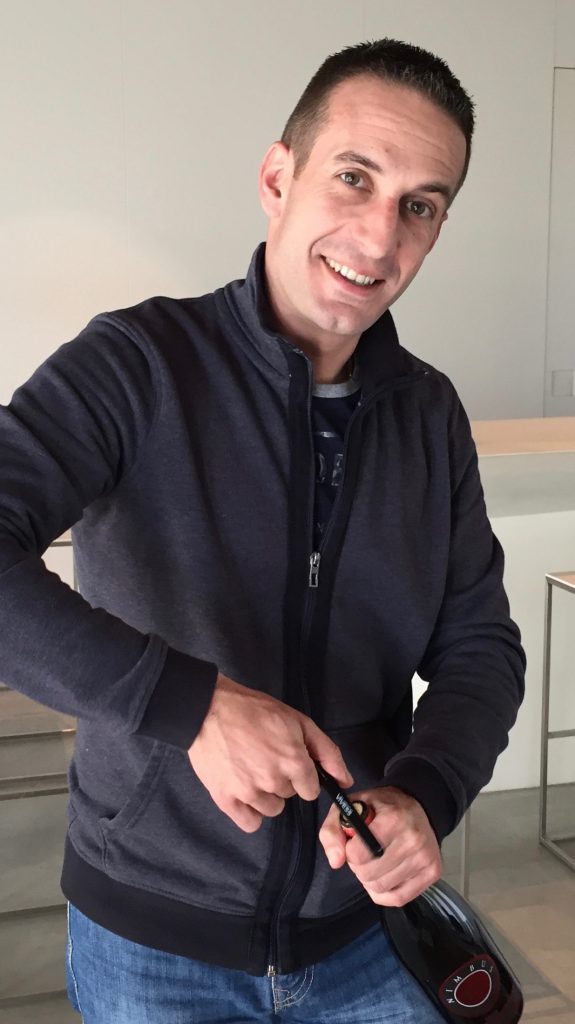 Bulgaria began privatizing its state owned wineries in the 1990s, and in 1999 Jair Agopian purchased the Telish winery, which had originally been built by the state monopoly Vinprom in 1960. Today, there’s a new Telish winery, which sources its fruit from 500 ha of old vines planted back to 1962. However, the jewel in the Agopian crown is its new winery Castra Rubra located in the small village of Kolarovo near the southern border with Greece. Castra Rubra is named after an ancient Roman fortress in the area.  The winery and vineyards were developed with the assistance of European Union funding.

As part of Bulgaria’s privatization process, vineyards were returned to their original owners in a long, messy process. It took Agopian 3 years and negotiations with hundreds of people to assemble a 200 ha vineyard for his Castra Rubra project.

The vineyard has predominantly stony soils of clay and flint and beginning in 2004 was planted to 18 varieties, mostly international but also including Mavrud and Rubin.  Clones and rootstocks were carefully matched to the varied soils of the vineyard, and the vines were trained Guyot, 5000 vines/ha, and close to the ground with drip irrigation. Bulgarian vineyard workers had to be retrained to do pruning for quality fruit; Rolland brought his vineyard manager from Bordeaux to do the training.  The first Castra Rubra vintage was 2007.

Castra Rubra began building a new, gravity flow winery in 2006 with state of the art equipment and an impressive barrel room. Most of its red wines are barrel fermented using all new French oak barriques.  The lead resident winemaker is Anton Dimitrov. 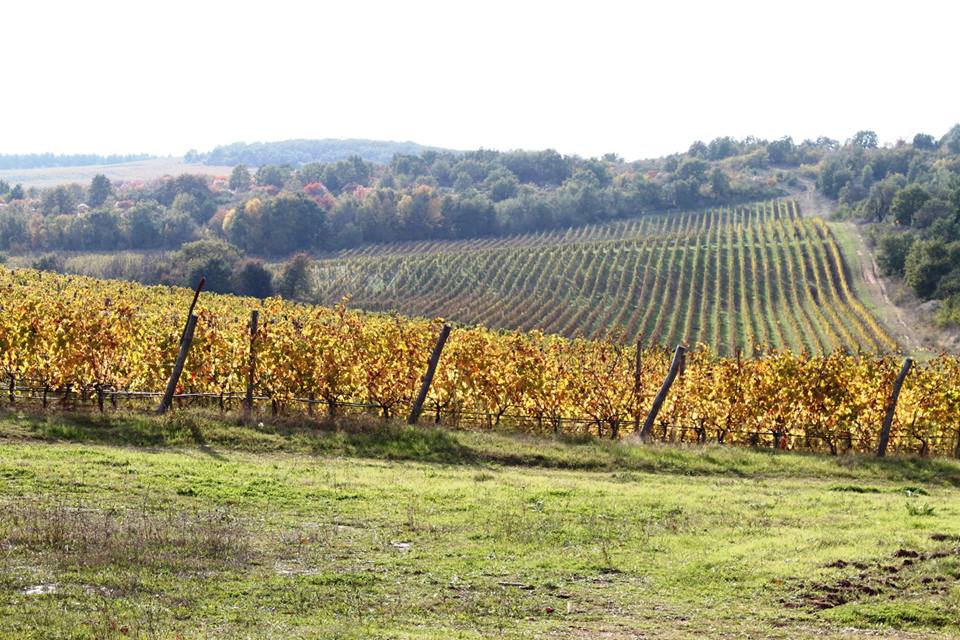 Castra Rubra 2011 Butterfly’s Rock Thracian Valley ($35) 92 The 2011 Butterfly’s Rock is a complex blend of Merlot, Cabernet Sauvignon, Cabernet Franc and Syrah. Dark ruby purple, it is a bold flavored wine of great intensity revealing dark fruit aromas on the nose and black currant and vanilla on the palate with hints of loam and underbrush. It is mouth filling with firm tannic grip and a long finish.  Aged 18 months in new French oak barrels. 14.5 alc.

Castra Rubra 2010 Dominant Red Blend Thracian Valley ($29) 93 Dark red ruby in color, this wine offers aromas of black berries with hints of sandalwood and earth on the nose. It has lovely palate feel, a perfumed character, and a long persistent finish.  A 50/50 blend of Syrah and Cabernet Sauvignon, the latter matured 8 months in new French 225L barriques. 14.5 Alc.

Castra Rubra 2013 New Red Blend Thracian Valley 90 The 2013 new red blend of Cabernet Sauvignon, Cabernet Franc, Syrah and Merlot tastes like it has more red fruit and is going to be more approachable young than some of Castra Rubra’s other wines. It has a noteworthy red fruit character but needs time to mature and round out the big tannins and cedar on the palate.

Castra Rubra 2010 Pendar Thracian Valley ($18) 89  This 55/45 Kosher blend of Rubin and Merlot shows earthy, dark red fruit and sweet spices on the nose. On the palate, it’s fruit forward with pleasant dark plum and huckleberry flavors with a rustic edge. It offers plenty of fruit on the attack that fades away on the mid-palate. Finishes medium long with a light astringent note.

Castra Rubra 2013 Nimbus Pinot Noir Thracian Valley 89 Dark ruby in color, plum on the nose with a hint of earth. Barrel fermented it is soft on the attack and ripe with good acidity. Ripe with good concentration and 15% alc. Produced from both Italian and French clones. Picked by hand and sorted berry by berry for maximum quality control. The warm climate and ripe grapes produce a rather heavy Pinot Noir.

Castra Rubra 2015 Nimbus Syrah Thracian Valley ($35) 91 The barrel fermented 2015 Nimbus Syrah is ripe and intensely flavored with blue and black fruit and hints of black pepper. It is mouth filling with an alcohol level of 15%, high acidity, firm ripe tannins, and a long finish. Aged 2 years in barrel. Still very young and needs time in bottle.

Castra Rubra 2010 Castra Rubra Thracian Valley ($35) 93  This Castra Rubra red blend displays lovely dark red berries and hints of vanilla and sandalwood on the nose.  It is silky and perfumy on the palate with beautiful dark red fruit and excellent concentration.  A refined and elegant wine.

Castra Rubra 2015 Red Zahir Thracian Valley 93 The 2015 Red Zahir is a blend of Cabernet Sauvignon, Merlot, Alicante Bouschet, and Sangiovese. Sourced from Castra Rubra’s own vineyards, it is ripe, fruity and flavorful with extraordinary concentration of dark plum fruit with hints of cinnamon and spice. Aged 16 months in new French oak. 15% alc. 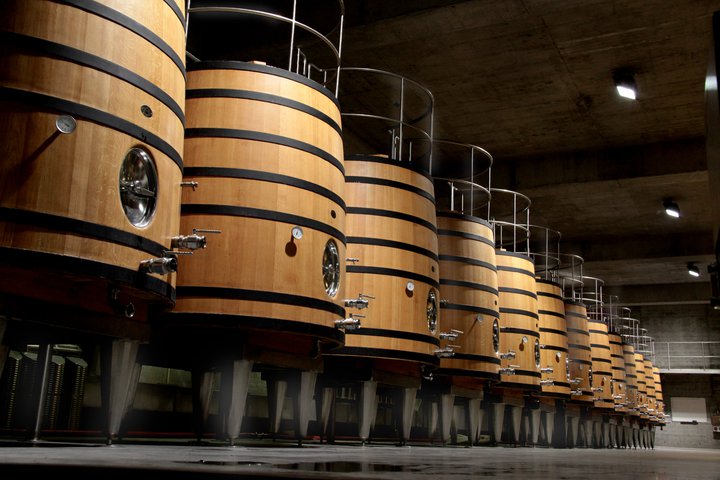