the city of Valencia, is one of Spain’s up and coming wine regions. It has 35 thousand hectares (86 thousand acres) under vine, almost double that of California’s Napa Valley and over one hundred producers. Long known for the production of bulk wines, recent years have witnessed a growing number of distinctive, high quality wines (mostly reds plus some rosés and sparkling cavas) produced by a new generation of younger and innovative growers and wine makers. We review the current releases of a number of wines of the Utiel-Requena region below.

Archeological findings indicate that wine has been produced in the region as far back as the 7th century B.C., the early years of the Iberian civilization. The importance of wine production as a source of income to the region has grown over time, especially recently. The establishment of a port in Valencia in the 16th century was instrumental in increasing access to markets, as was the construction of a railroad connecting Utiel to Valencia in 1887. The devastation of vineyards in France due to outbreaks of phylloxera and powdery mildew in the late 19th century greatly increased demand for the region’s wines. At present, wine is the main engine of growth in the region. 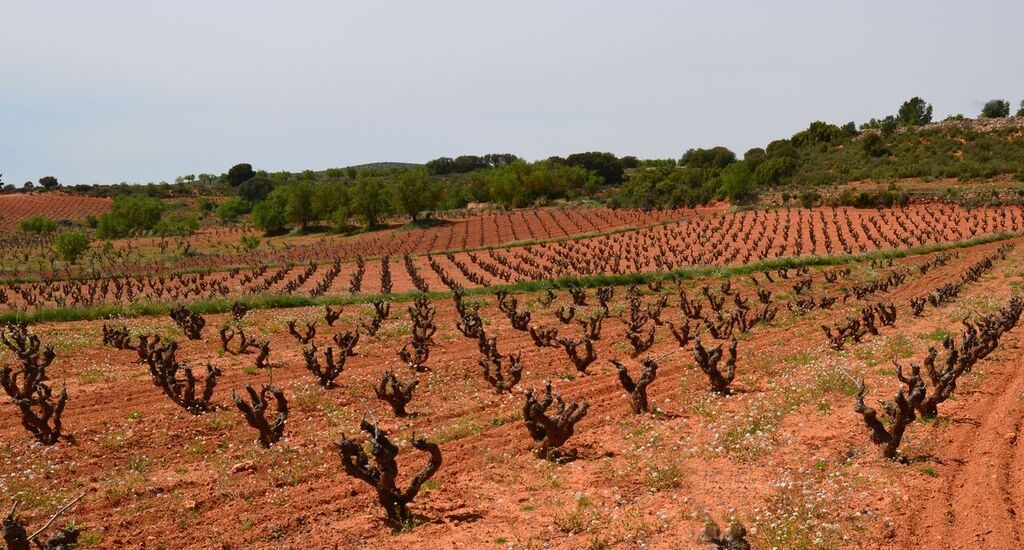 The Utiel-Requena Denominación de Origen (DO) was established in 1957 and includes nine municipalities which lie on a plateau at the western edge of the Province of Valencia, about 46 miles from the Mediterranean coast with vineyards 1960-2950 feet in altitude. The high altitude results in high diurnal temperature variations (about 20° C on average), which accounts for the freshness and acidity of its wines. It is situated between the Jucar and Cabriel rivers and is surrounded by hills. While the region has fairly homogenous climate and topography, altitude can vary by as much as 1000 feet, resulting in a range of micro-climates, yielding different types of wines. The higher altitude northwestern municipalities produce wines with higher acidity, lower alcohol content and fresh fruit aromas compared with southern areas. The climate is part Mediterranean, becoming more continental at higher altitudes, with hot, dry summers and long, cold snowy winters. Extreme temperatures and frequent droughts have posed important challenges to local viniculture and have greatly influenced the wine styles produced. The soils are largely alluvial and clay with lime deposits. Close to 35 thousand hectares are currently under cultivation. Wine is produced by as many as 95 wineries, many of them established around the railroad stations.

The Grapes of Utiel-Requena 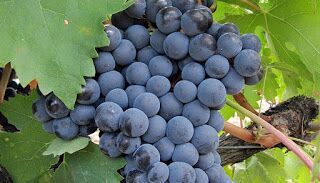 The Bobal grape, native to the area, makes up 75 percent of plantings in the region. It is a thick-skinned bright blue grape with crisp tannins. Its high acidity and tannins make it suitable for aging. Because it is indigenous, it is well adapted to local climate and soil, preferring higher elevations and short, dry summers. Sprouting later than other varietals, it avoids damage from late spring frosts and ripens late with harvests in October and November. Because it is so well adapted to local climate, it can be grown without the use of fertilizers and pesticides (although it does require prevention of powdery mildew in May). It is a vigorous plant, needing frequent pruning to limit production, and it thrives on low fertility limestone soils that provide good drainage. The region possesses large tracts of dry-farmed, ungrafted, low yielding pre-phylloxera vines.

In earlier times much production focused on rosé wines, but red wines are now the mainstay of the region. There are still some producers who utilize the traditional “double maceration” approach, which involves fermenting the Bobal must with leftover skins and pulp after the juice has been removed to make rosé wines, but most are now taking a modern approach to wine-making. A new generation of producers is experimenting with different grape blends and aging approaches and are producing smooth, elegant wines. Aging is being carried out in traditional ways, in oak or steel, as well as through some more innovative approaches, using concrete vats or clay amphorae as was done in antiquity. While many wines are blends, there are many Bobal mono-varietals, the best of which are made from old vines.

In the tasting notes that follow, we provide suggested retail prices when available. Several of the wines are not yet imported to the US, and the prices of those that are imported vary depending on the retailer.

Bodegas Hispano-Suizas 2014 Bassus Pinot Noir Utiel Requena ($39) 89  One of the more unusual wines we tasted from Utiel Requena, the Bassus Pinot Noir is full-flavored and well-oaked, showing an especially spicy, toasted oak nose. But ripe dark cherry and plum fruit show on the palate, complementing vanilla oak. Consistent with its full throated style, the wine finishes with rich extract and nuances of licorice and spice. Made with destemmed grapes that are put into topless 400 liter American oak barrels where they are cold-macerated and vinified; then they are pressed, and aged in new French oak for 10 months. 14.7% alc. US Importer: Boutinot INC, Florida

Bodegas Sierra Norte 2016 Fuentesca Blanco 90 This is a bright, fresh wine with lime, melon and herbal inflections on the nose. The citrus notes and even hints of tropical fruit and sage also show as flavors. A refreshing, well made wine for those wanting something a little different in a crisp white. A blend of 80% Macabeo (Viura) and 20% Sauvignon Blanc. US Importer: Tradewinds 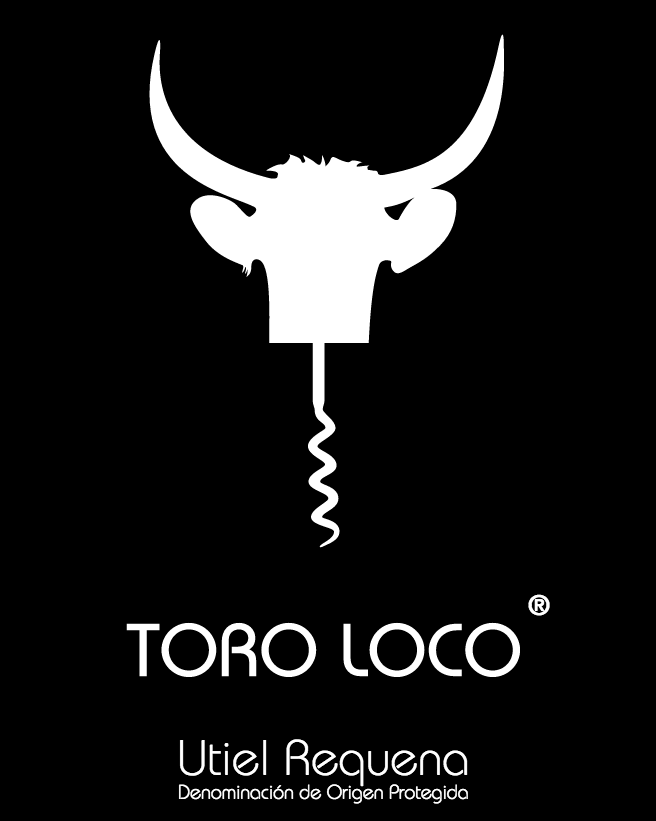 Bobal made the saignée method by owner and winemaker Benoit Calvet. US Importer: Enovation Brands

Bodegas Iranzo 2016 Tarantas Rosé Utiel-Requena ($12) 88 This is a Bobal based rosé that evokes freshly picked red berries served perhaps with a bit of ripe watermelon. The wine is bright and merry and dry and packed with upfront fruit, fading towards the finish. Well priced, too! US importer: Natural Merchants

Pago de Tharsys 2014 Tharsys Unico Blanc de Negre Brut ($39) 90 The only sparkling wine in the world made of 100% Bobal, this is a very dry, steely sparkling wine made in the methode champenoise manner. It has a very fine mousse, light orchard fruit and white almond flavors, and is elegant in appearance. It’s the kind of serious sparkling wine that is meant to be consumed with food. Aged 28+ months on the lees. It can’t be sold under the Cava DO because Bobal is not one of the approved grapes for Cava. Not imported.

Viticultores de San Juan/Cherubino Valsangiacomo 2016 Bobal de San Juan Rosé 90+ This is a serious rosé made from the Bobal grape. Direct pressed and fermented in raw concrete, it has a structure lacking in many rosés as well as superb freshness and length. The aromas and flavors tend to red raspberry and cherry skin. US Importer: Monsieur Touton, Darsena Imports, and others.

Thanks to Contributing Editor Sandra Rosenhouse for her help in preparing this review article.