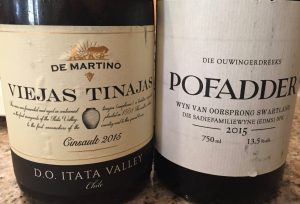 In preparing our Chile and South Africa reports over the years, we’ve been privileged to meet and taste with Marcelo Retamal of Chile’s De Martino Winery and Eben Sadie of South Africa’s Sadie Family Winery. These outstanding winemakers seek out the best terroir and the oldest, dry farmed bush vines and make their wines naturally, using native yeast, often fermenting and aging in cement and amphorae, and adding minimal amounts of SO2. Marcelo sources his fruit from the Western Hemisphere’s oldest vineyards in Itata and some of the highest altitude ones in the upper Elqui Valley in the Andes. Eben has worked with South Africa’s preeminent viticulturist, Rosa Kruger, to identify that country’s oldest vineyards in the Swartland, Olifants River, and Piekenierskloof regions. [See our video interview with Rosa Kruger on the International Wine Review channel on You Tube.] 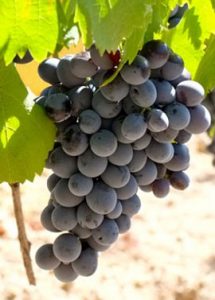 Cinsault used to be popular both in Chile and South Africa due to its prolific yields. Used mostly as a blending grape, it doesn’t often produce great wines by itself. It’s a difficult grape to grow and ripen to phenolic maturity, and its oxidative character makes it difficult to vinify. Eben Sadie says it is by far the most difficult grape he works with. But the fruit of very low yielding, dry farmed, old vine Cinsault can make memorable wines, as we found with the two wines reviewed here.

The South African and Chilean Cinsault vineyards of Sadie Family and De Martino are both old. The South African vineyard, Pofadder, was planted in 1966. The Chilean vineyard, Guarilihue, was planted in 1939. We recently tasted the 2015 vintages of Cinsault from both vineyards during our current trip to South Africa. [We had also previously tasted the 2015 De Martino Cinsault at the winery in Chile during our visit there late last year.] Both wines are excellent with the De Martino Cinsault showing somewhat darker fruit and savory notes, while the Sadie Cinsault is lighter and exceptionally pure. 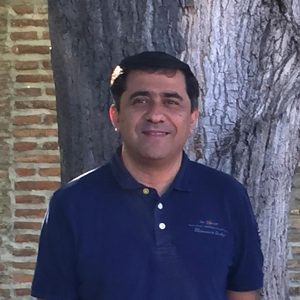 We recently met with Marcelo Retamal, winemaker at the De Martino Winery in Maule, to observe first hand his latest experiments in wine, including using the traditional Chilean tinaja {clay amphora) to make Cinsault grown in the old vineyards of coastal Itata. Tinajas were used to make wine in Chile during the 17th and 18th centuries; Marcelo has searched the countryside to find old ones to reuse for winemaking.

Itata is where the Spanish introduced vitis vinifera to the New World in the 16th century, and some of the País (Mission) vines grown there are hundreds of years old. Many of these old vines have been grafted over to Cinsault, Carignan and other varieties.

The fruit for De Martino’s Cinsault comes from the 19.5 ha Guarilihue Vineyard, located near the Itata River just 22 km from the Pacific Ocean. Its soils are of decomposed granite, providing excellent drainage for the heavy rainfall of the region. All cultivation is done by horse; the vineyard is organically farmed with self-rooted vines. Marcelo Retamal has been lead winemaker at De Martino since 1996 and has been the recipient of several national and international awards identifying him as one of Chile’s most prominent winemakers. The UK wine magazine Decanter honored him as Latin America’s best winemaker and one of the thirty best in the world. The De Martino vineyards have been organically certified since 1997. 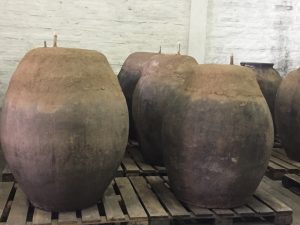 De Martino 2015 Cinsault Guarilihue Vineyard Itata 91 Medium dark red. Showing wild roses, red cherry and peppery spice on the nose, the Viejas Tinajas Cinsault is Beaujolais like in character. Whole, destemmed berries are put in a traditional clay amphora and left to ferment on their own with a natural semi-carbonic maceration. The result is a very fresh, exuberant wine that shows red plum and raspberry, savory herbs, and vivid acidity on the palate. 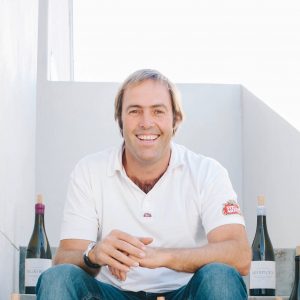 His Cinsault is part of his Ouwingerdreeks project of wines made from fruit grown in South Africa’s oldest vineyards. The grapes are sourced from a block of 50 year old vines on the northwest slope of Kasteelberg Mountain in the Swartland, and the wine is named after the snakelike (Puffadder) form of the mountain. Yields are just 28 hl/ha. Eben makes the wine by putting whole clusters in an old wooden open-top fermenter and leaves it on the skins for about a month before pressing directly to an old wood cask using a small basket press. We reviewed the 2014 Pofadder Cinsault in last year’s Report # 55 Wines of South Africa: White Blends and Old Vines.

Sadie Family 2015 Pofadder Swartland 94  The light red 2015 Pofadder retains the pomegranate and red berry fruit we found in the 2014 with a dash of white pepper spice. It shows remarkable purity, bright acidity, and is beautifully elegant. From old vine Cinsault planted in 1966 on slate soils. Whole cluster fermented in open top fermenters and basket pressed after a month on the skins. 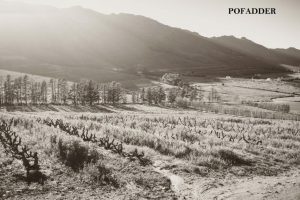 Both the De Martino and Sadie Family Cinsaults are imported by Broadbent Selections.