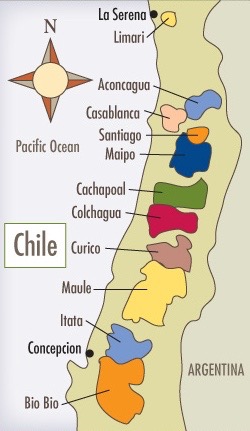 No country in the Americas has been so strongly influenced by French winemaking as Chile. Aspiring Chilean winemakers go to France to study enology or work the harvests. And French winemakers and winemaking consultants go to Chile to make wine. We first became aware of this as we traveled around Chile preparing our Report # 21 The Chilean Wine Revolution. In this article, we review recent releases from four of Chile’s outstanding winemakers who studied winemaking and worked in France before making wine in Chile. The wines are all from the Maipo and Colchagua growing regions (see map). Overall, these wines are excellent, both in terms of quality and value. 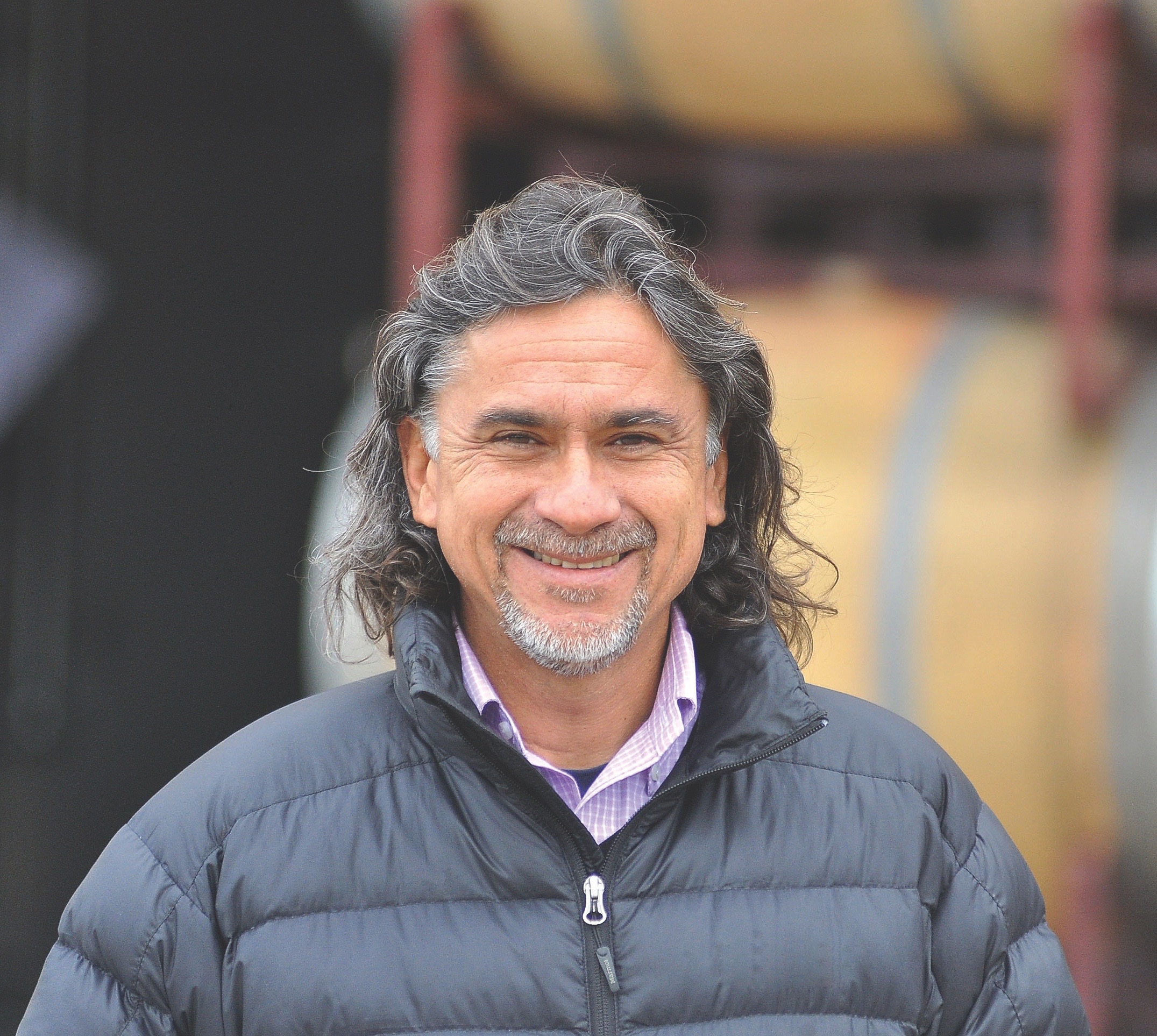 Alvaro Espinoza makes Antiyal and Kuyen wines in Chile’s Maipo Valley, located near Santiago. A native of Chile, Alvaro received his enology degree from the University of Bordeaux and worked in Bordeaux before returning to Chile. He farms organically and was the first in Chile to adopt biodynamic farming practices.

Antiyal 2013 Kuyen Maipo Valley ($45) 91 The 2013 Kuyen offers excellent weight and balance, showing a spicy nose of cedar and dark berries and a softly-textured, flavorful, mouth filling palate of rich blackberry with just a hint of chocolate. The wine is ripe but fresh in character with fine tannins on a long finish. 56% Syrah, 27% Cabernet Sauvignon, 13% Carmenere, and 4% Petit Verdot.   Antiyal 2013 Antiyal Maipo Valley ($85) 93+ Showing a notes of elderberries, blackberries and slate like minerals, the 2013 Antiyal is an unctuous wine, but it offers a fine focus and firm tannins that make it a great food wine. It reveals a ripe character with hints of baking spice and cracked pepper complementing the rich dark fruit. 41% Carmenere, 38% Cabernet Sauvignon, 21% Syrah. 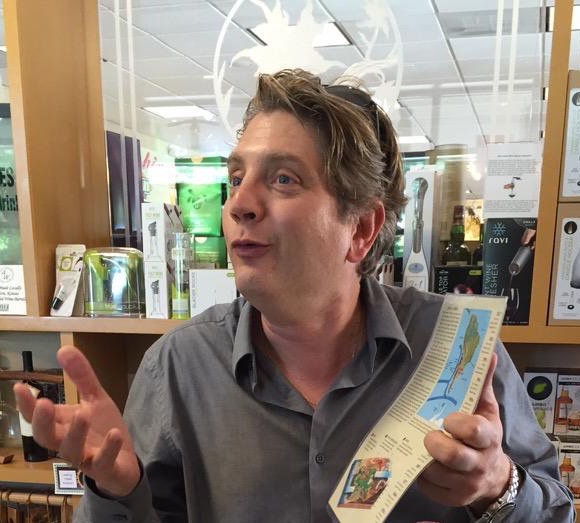 Benjamin Mei is a native of France who studied winemaking in Burgundy and made wine in Pouilly-Fuissé, Languedoc-Roussillon and Bordeaux before moving to Chile to make wine at Apaltagua. Today he splits his winemaking duties between Chile and Provence.

Apaltagua 2014 Cabernet Sauvignon Reserva Colchagua ($13) 89 Showing an enticing saturated ruby red color, the 2014 Cabernet Sauvignon reveals spicy red plum with hints of licorice and mulberry. It’s fruit forward, softly textured and of medium weight with a long, refreshing aftertaste. The tannins are just right—present but fine and round, making this wine a good accompaniment to lighter meats. Apaltagua 2013 Signature Cabernet Sauvignon Maipo ($40) 91 Dark ruby. Showing hints of tobacco, cedar, dark cherry and cassis on the nose, the Signature Cab surprises on the palate with a lush texture and complex flavors, showing cherry, chocolate, and tobacco with excellent purity, depth and balance, finishing with a delicious, fresh, tangy extract.   Apaltagua 2014 Malbec Reserva Colchagua ($13) 87  Showing a potpourri of garden herbs and dark fruit on the nose, the 2014 Malbec reveals concentrated flavors of black fruit with prominent herbaceous and mineral notes. It’s a big wine, with a touch of bitterness on the finish. 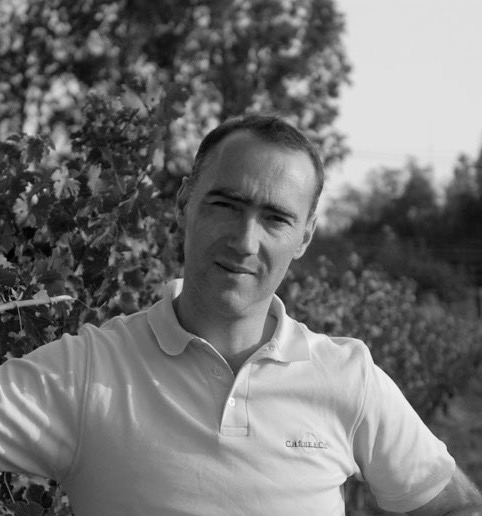 Jean-Pascal Lacaze makes Anka and Domus Aurea. Jean-Pascal studied at Montpelier and made wine in St. Emilion and also in Uruguay before moving to Chile. Anka is made with organically grown  grapes and is aged in French oak barriques for twelve months. The Domus Aurea is made from the low-yielding Viña Quebrada de Macul, located in the foothills of the Andes in the Upper Maipo Valley.

Viña Pargua 2010 Anka Upper Maipo ($22) 92 This is an extraordinary wine for the price; it’s elegant and packed with flavor. Smooth on the palate, it reveals black currant, licorice, and hints of cigar box and mesquite. Dense and fruit-rich, it’s almost unctuous in its concentration with a fine tannic structure and a super-rich finish. A blend of 62% Cabernet Sauvignon, 13% Merlot, 12% Cabernet Franc, 10% Carmenere, and 3% Syrah. 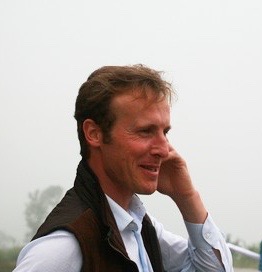 Xavier Choné is consulting winemaker and vineyard manager at Viña Maquis while Bordeaux’s Eric Boissenot advises on the blending.  A native of Bordeaux, Xavier is a terroir specialist with a Ph.D. from the University of Bordeaux in enology. He has consulted with some of the world’s top wine estates—Chateau Yquem, Leoville Las Cases, Dominus, Opus One, etc.

Maquis 2010 Lien Red Blend Colchagua ($30) 91 Almost opaque red. Showing a rich, perfumed nose of cigar box, liqueur-like dark plum, and bouquet garni, the 2010 Lien is a densely flavored, voluptuous wine with good complexity and depth of flavor. It’s an inky dark wine, both in color and flavor with a real sense of place. Absolutely delicious. A blend of 52% Carmenere, 35% Syrah, 10% Cabernet Franc and 5% Petit Verdot matured 14 months in French barriques, 25% new. Maquis 2012 Cabernet Franc Gran Reserva Colchagua ($20) 90+ The Gran Reserva confirms the special role that Cabernet Franc plays at Maquis. Revealing notes of sage, mulberry, and red plum, the Gran Reserva Cabernet Franc is a sophisticated, silky smooth wine with fine firm tannins and an unctuous, long lasting finish. It’s rich and packed with fruit and very much a New World wine in character. Superb. Partly aged in used oak and partly aged in stainless steel. Maquis 2012 Carmenere Colchagua ($20) 89 Starbright ruby red color, showing purity of red fruit with herbal notes on the bouquet. The wine is broad on the palate with good concentration of flavors that mimic the bouquet and a nice, medium long finish. Delicious and pure and offering a medium weight palate that lets this wine pair with a wide range of cuisines.

These wines are imported by Global Vineyard Importers of Berkeley CA