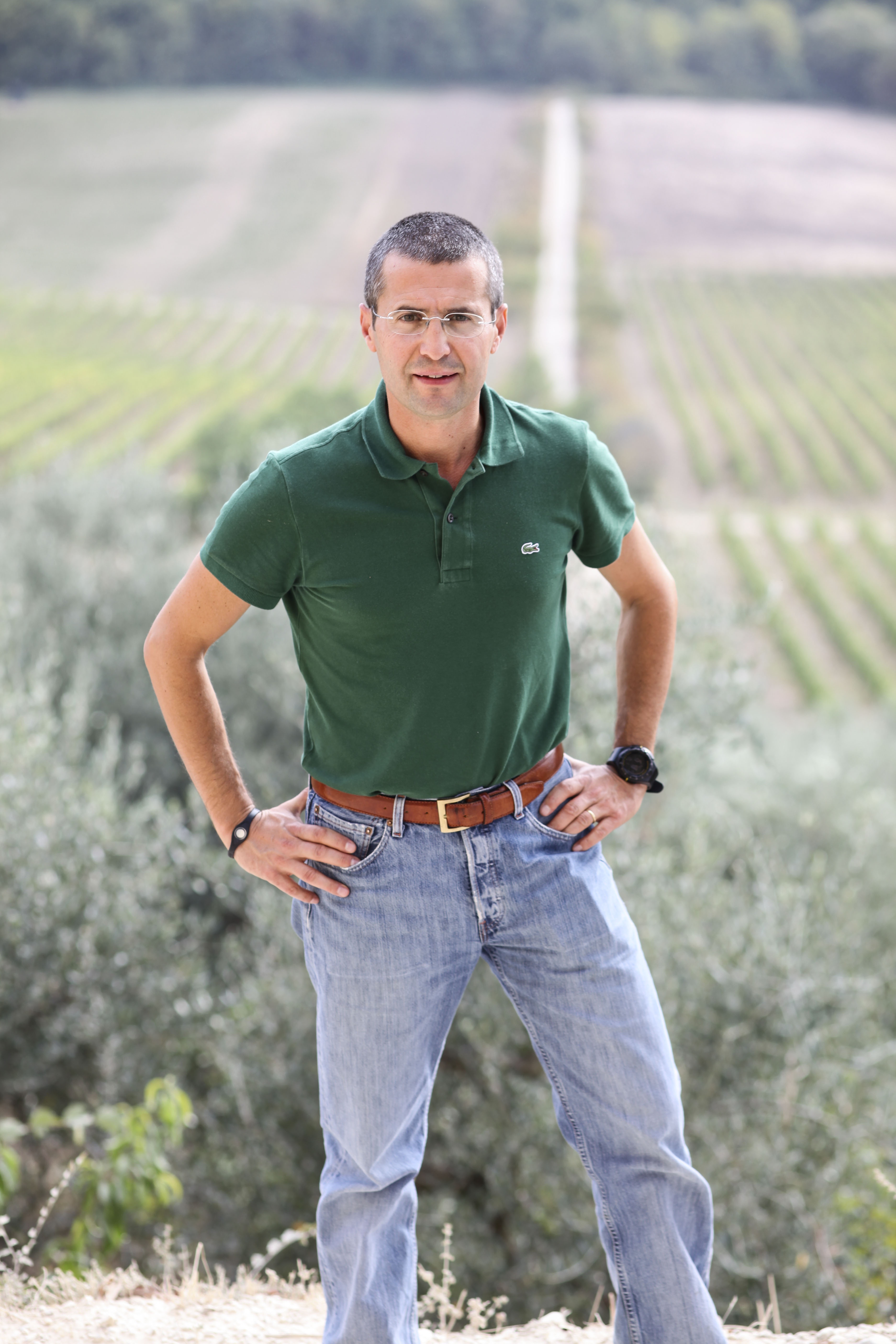 Located on a side road near Lilliano in the commune of Castellina in Chianti (see map below), the 220 hectare Tenuta di Bibbiano is one of Chianti Classico’s historical wine properties. In the 1960s it was just one of 36 wineries producing and bottling wine under their own labels; today 385 wineries are doing so. Its reputation is due in part to the involvement of the famed Tuscan winemaker Giulio Gambelli (1925-2012) over a period of over 60 years. The vineyards and the wines being made today are part of his winemaking legacy. Here we relate the history of this legendary estate, discuss Gambelli’s contribution, present the vineyards and assess the wines. Today, Tommaso Marrocchesi Marzi manages the estate and since 2006 has also served on the Board of Directors of the Consorzio. He owns the winery jointly with his brother Federico.

Bibbiano is an ancient estate, mentioned in an official document of 1089 as the Castello di Bibiune. The small chapel on the hill, called San Lorenzo a Bibbiano, dates from the 10th century. Bibbiano entered into the possession of the Marzi family in 1865 and was subsequently expanded with the purchase of adjacent properties. The Manor was partly destroyed by bombings during WWII and subsequently rebuilt. 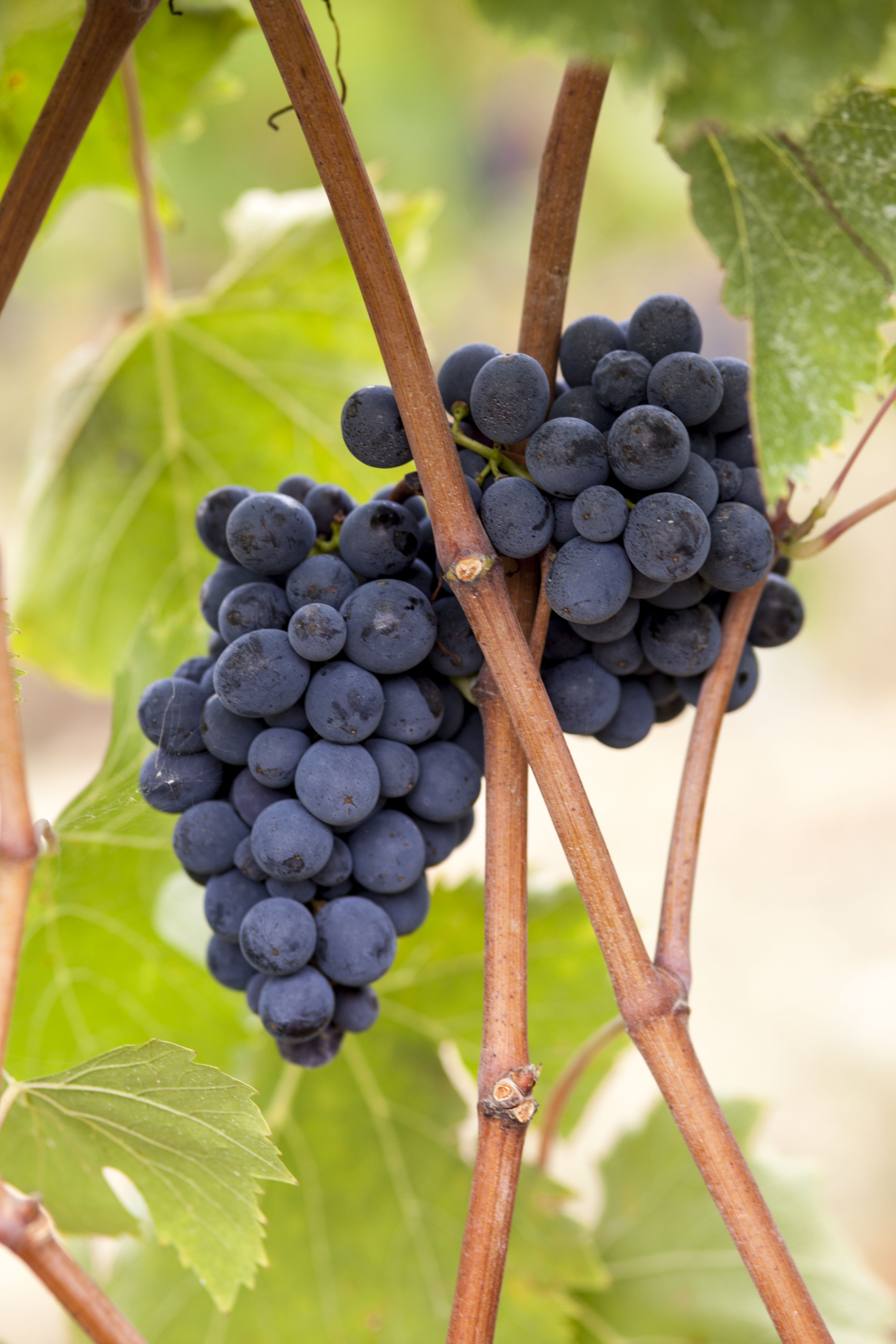 After WWII, Pier Tommaso Marzi and his son-in-law Alfredo Marrocchesi began rebuilding the vineyards and winery with the help of Giulio Gambelli. That work ended in 1970 with a new cellar and the planting of 20 hectares of vines between 1966 and 1970. Some of the replanting was done with Sangiovese Grosso cuttings that Gambelli brought from his consulting work in Montalcino. The offspring of those cuttings is now being evaluated for release as a distinct clone in collaboration with the University of Florence. The vineyards were partly replanted between 1998 and 2005 using massal selection as well as the new clonal material discovered in the Chianti Classico 2000 Project. Today Bibbiano has 27 hectares of vines located at altitudes ranging from 270-300 meters altitude. 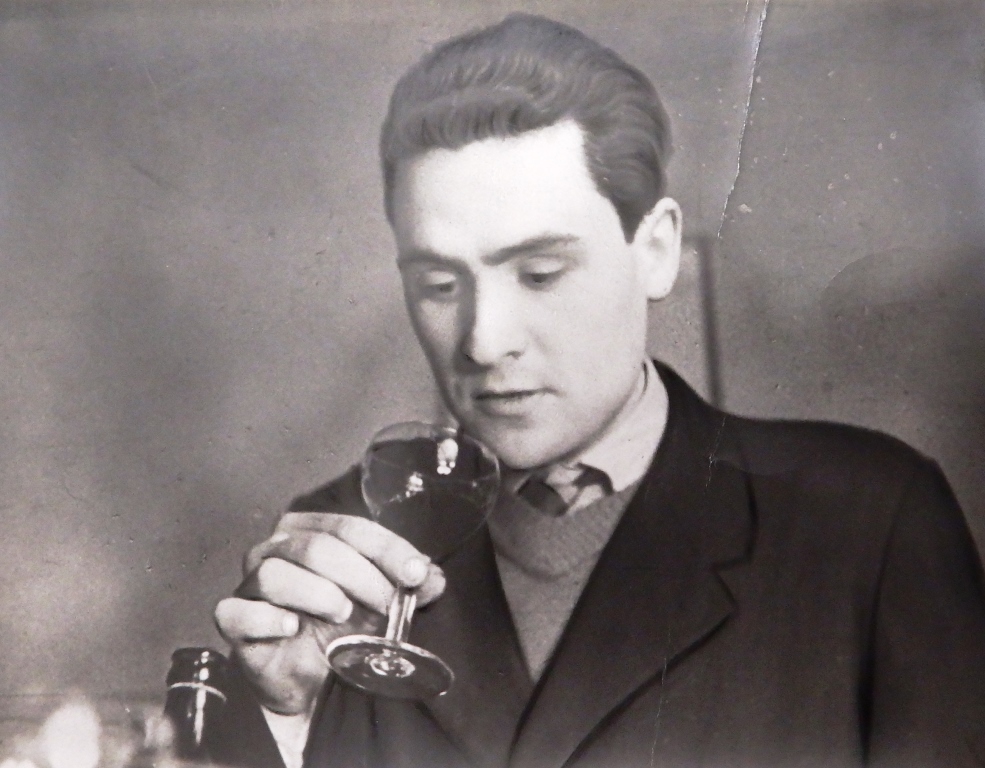 It’s difficult to disentangle Bibbiano and Giulio Gambelli, Chianti Classico’s first winemaking superstar. Born in 1925 in Poggibonsi, Gambelli had unique, natural wine tasting and winemaking talent. His first job, at age 14, was at the Enopolio di Poggibonsi where consulting winemaker Tancredi Biondi Santi came to know him. At the time, Tancredi was also running the family’s Greppo estate in Montalcino, which he had inherited from his father Ferruccio, the acclaimed inventor of Brunello di Montalcino. Biondi Santi recognized Gambelli’s unique talents and became his mentor. Gambelli never had any formal training in winemaking; he learned from Tuscany’s most famous winemaker. With his phenomenal tasting ability, the self-taught Gambelli went on to become one of Tuscany’s most influential winemakers over the next 65 years. He was far ahead of his time in advocating the use of Sangiovese as a monovarietal. He was called il grande maestro del Sangiovese. His wines emphasized purity and refinement and, above all else, Sangiovese, a style that winemakers are returning to today after flirting with international varieties and well-toasted French oak barriques.

Gambelli’s connection with Bibbiano began in 1942 when he was invited to go hunting there with Tommaso’s grandfather Pier Tommaso Marzi and ended up helping him make wine. That relationship continued over the next 60 vintages. When Gambelli finally left Enopolio in 1965 to begin his career as a winemaking consultant, Bibbiano was his first formal client, and in 1970 Bibbiano released its first commercial bottling. For more on the relationship between Bibbiano and Gambelli, see our interview with Tommaso Marrocchesi Marzi on the International Wine Review channel on YouTube.

The Vineyards and Winery Today

The Bibbiano manor house and winery sit on top of a hill with the Vigna del Capannino sloping down to the southwest and the Montornello vineyard sloping down to the northeast. The differences in exposure combined with the differences in soil give Bibbiano two very distinct terroirs from different geological times from which to produce Chianti Classico. Both vineyards have been extensively renovated since 2000 and today are planted at about 6 thousand vines/ha. The vineyards were certified organic in 2012.

The 7 ha Vigna del Capannino is planted only to Sangiovese Grosso vines planted in 1956 and 2005-2009. These vines are massale selections of the original ones that Gambelli brought from Montalcino. It has calcareous clay soils with deep layers of alberese. The 13 ha Montornello vineyard, named after the Montornello woodlands at the bottom of the valley, has very loose, smooth soil with yellow and red clays, 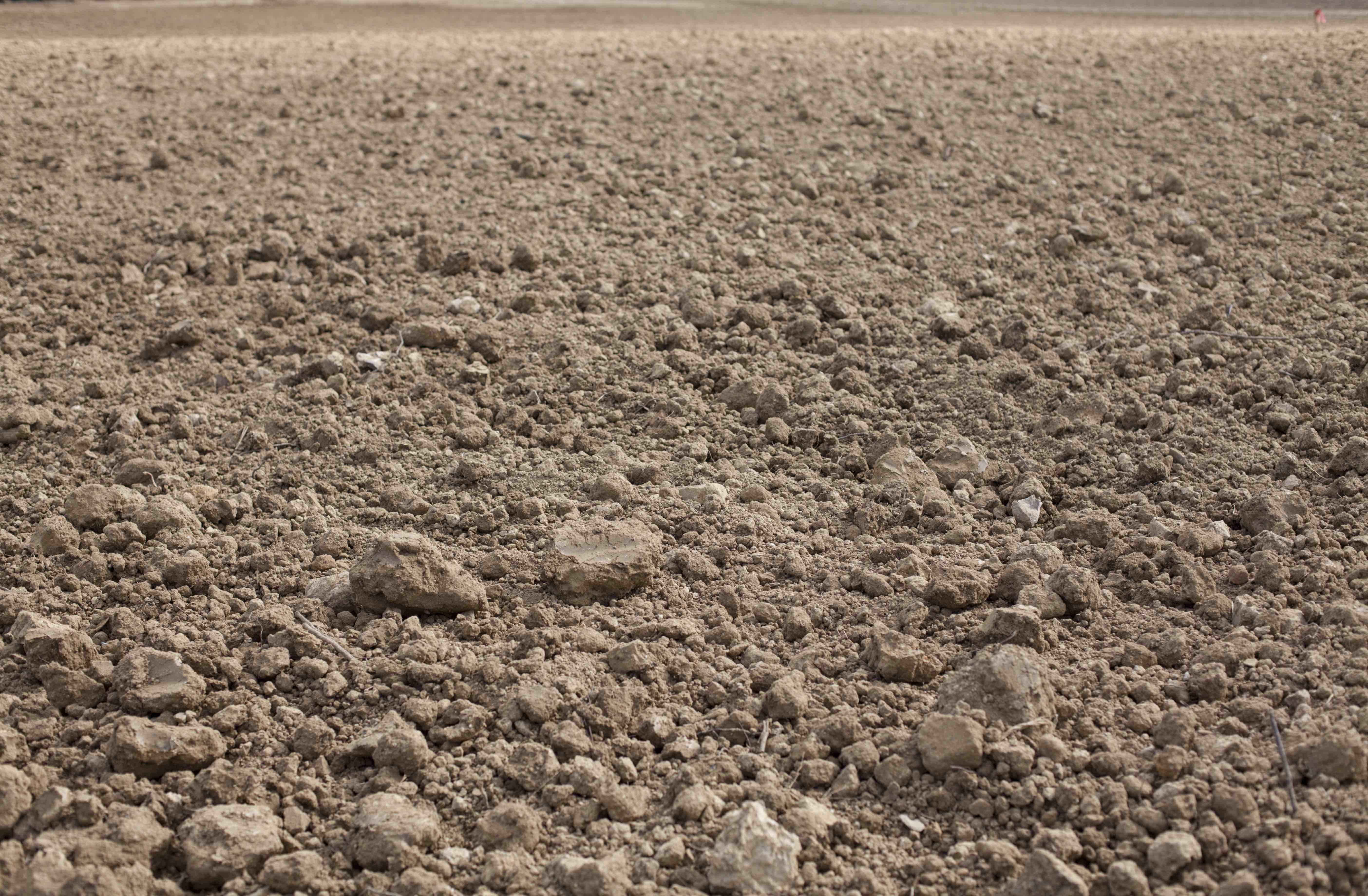 Giulio Gambelli made traditional style Chianti Classico in glass-lined cement vats with no temperature control and aging in Slavonian botti. Although the cement vats remain, they’re temperature controlled today, and stainless steel fermentation tanks were added in 2011. In addition, French oak barriques and tonneaux are used today, in addition to the traditional Slavonian oak botte grande. Like many other Chianti Classico wineries, Bibbiano has been dialing back its use of new oak barriques in recent years.

Today, the winemaking is in the hands of resident winemaker Davide Biagiotti. Stefano Porcinai, former technical head of the Consorzio del Vino Chianti Classico’s Chianti Classico 2000 Project, has been the consulting enologist for the last decade. The Bibbiano wines and their refined red fruit are characteristic of the Castellina region. These are also wines that age very well as shown by the 1983 Chianti Classico that we opened at the winery. 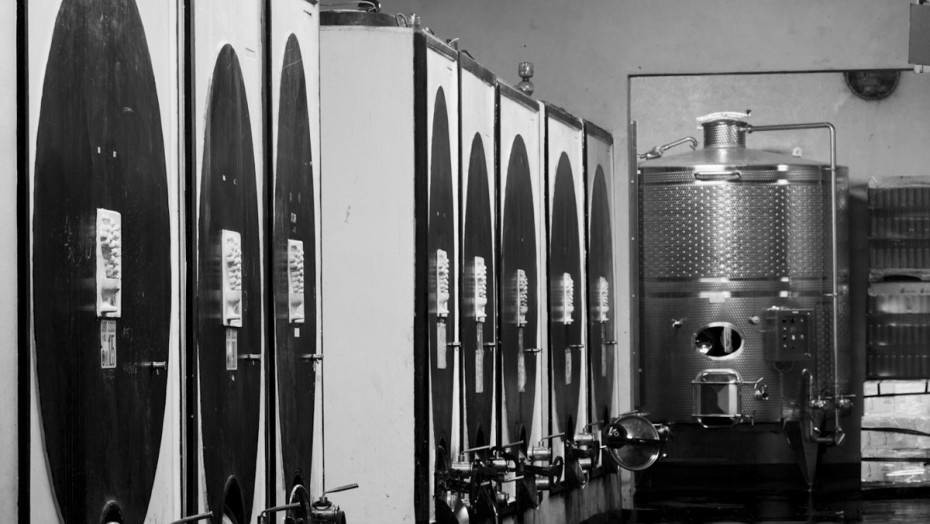 In the near future, one can expect to see several new initiatives from Bibbiano. On the hospitality front, a major renovation of the old cellar is underway, converting it into a first class tasting room and dining facility. On the vineyard front, Bibbiano has acquired planting rights that will allow it to develop a new 4+ ha parcel located on a hilltop above the Vigna del Capannino. And on the wine front, Montornello is likely to become a single vineyard Gran Selezione in the not too distant future.

The Bibbiano wines and their refined red fruit are characteristic of the Castellina region. These are also wines that age very well as shown by the 1983 that we opened at the winery. The US importer is Massanois. In the UK it is Berry Bros. & Rudd. 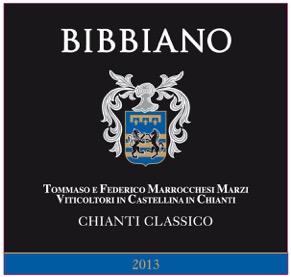 Bibbiano 2014 Chianti Classico ($20) 91 The 2014 Annata from Bibbiano is a well-balanced, flavorful wine that is especially good for the vintage. It offers attractive red cherries and berries and spicy, garrique and lapsang suchong smoky tea notes on the nose and palate. It has a silky attack, a well-balanced palate and a persistent finish. A 100% Sangiovese fermented stainless steel with malolactic occurring in cement. This wine is a blend of grapes from both sides of the estate, mostly Sangiovese but with a bit of Colorino, too. Fifty thousand bottles produced. 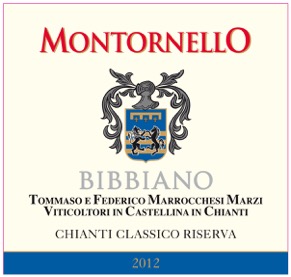 Bibbiano 2013 Montornello Chianti Classico Riserva ($25) 92 The all Sangiovese Montornello offers expressive aromas of fresh and dried dark cherry with notes of cigar box and framboise that are mirrored on a richly flavored palate with dark cherry lingering on the finish. It’s a well structured wine that will reward additional time in bottle. Aged in old and new oak barriques and tonneaux for about 18 months. Bibbiano 2012 Montornello Chianti Classico Riserva ($25) 91 The Montornello Riserva is especially big and lush for the vintage It offers perfumed Sangiovese aromas of cherry skin, red plum and heathery underbrush. The palate is substantial yet supple with pure flavors and a solid tannic backbone that will reward more time in bottle. Thirty thousand bottles produced. 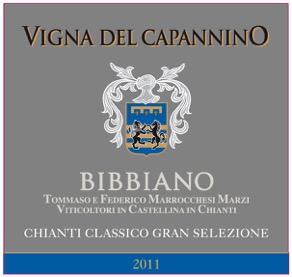