Adi Badenhorst is one of South Africa’s most colorful and authentic winemakers. We visited him last month at his winery at Kalmoesfontein on the slopes of the Perdeberg in the Swartland in South Africa. We mostly tasted wines from the 2015 vintage still in cask, but at the end Adi opened up a few bottles of released wines, which we review below. Unfortunately, he had sold out of his spectacular old vine Grenache. Earlier in the day, Rosa Kruger had taken me on a tour of Swartland’s old vineyards, and we spent a fair amount of time looking at Adi’s old Grenache vines, so it was especially disappointing not to taste the wine. But had we not visited the vineyard, I don’t think I could have found my way back to Adi’s winery, which is located some way off the main road. 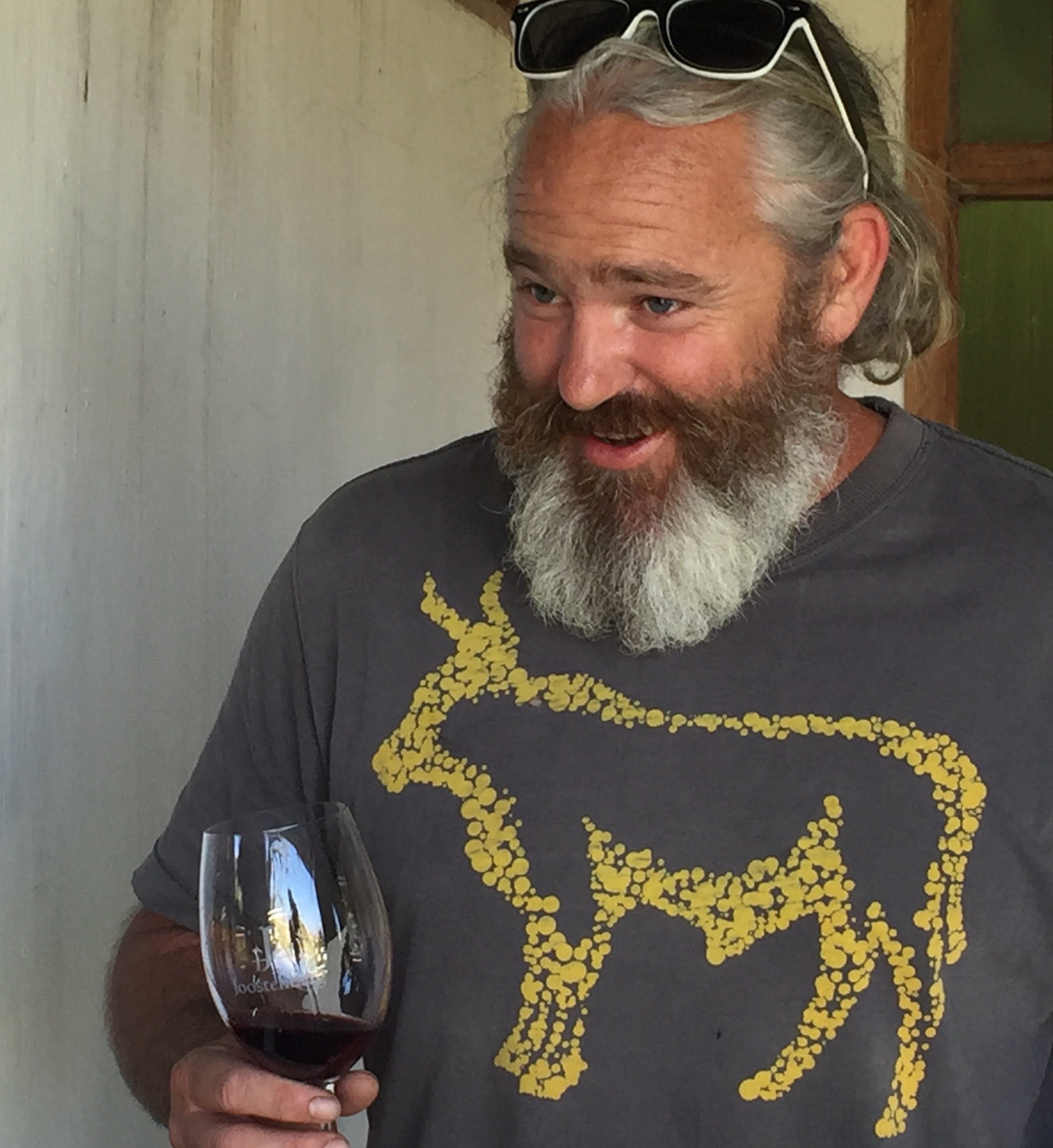 Adi comes from a family of winemakers. After completing his studies at Eisenburg, he made wine in the Northern Rhone and in New Zealand before returning to South Africa where he was winemaker at Rustenberg before setting out on his own in the Swartland with his cousin Hein. They practice organic viticulture at their Kalmoesfontein farm. Adi is a member of the Cape Winemakers Guild and is one of the founding members of the Swartland Revolution.

AA Badenhorst 2014 Bak-Kuil Barbarossa Swartland 90  The Barbarossa is fruit forward with a nose of red and black berries. It’s pure and focused and shows good grip on a medium weight palate. Made from 50+ year old vines at St Helena Bay that may be the only planting of this Italian variety in South Africa.

AA Badenhorst 2014 Ramnasgras Cinsault Swartland 93  The pure, wild cherry and herbal nose of this light, refined wine is reminiscent of a fine Pinot Noir. Beautifully flavored of pomegranate and cranberry with a long, pure finish. Made from 50 year old vines, whole bunch fermented in large vats.

AA Badenhorst 2013 Red Blend Swartland 94  This old vine red field blend is multifaceted with a complex, red-fruited bouquet and richly layered flavors of fruit and herbs that reveal terroir like only old vines can do. The wine is fresh with good grip. The grapes are whole bunch co-fermented and remain on the skins for several months.   A blend of old vine Syrah (68%), Grenache (18%), Cinsault (10%), and Tinta Barroca (4%).