Trivento is a large winery located in the Argentine province of Mendoza that produces a wide range of wines at diverse price points. Irrespective of price, the wines are always good quality and very good value. It has 3,185 acres of vines planted in Maipu, Lujan de Cuyo and the high altitude Uco Valley (see map below). We recently sat down with Trivento winemaker Germán di Cesare at Washington DC’s South American themed Toro Toro restaurant to taste some of the current releases. 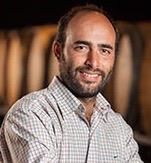 Germán di Cesare is in charge of making Trivento’s Amado Sur, Reserve, and Golden Reserve wines. He studied viticulture and enology at Mendoza’s Universidad Juan Agustín Maza, joining Trivento in 2002 and working his way up to lead winemaker for the the high end Golden Reserve range of wines in 2009. He’s a most affable and well-rounded gentleman who enjoys cooking and playing guitar almost as much as winemaking. 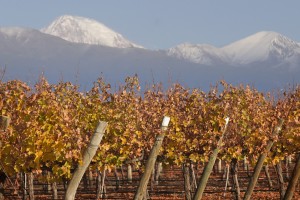 Torrontés is a floral, fragrant, crisp white vitis vinifera unique to Argentina. There are in fact four different clones of Torrontés in Argentina, but the Torrontés Riojana clone is widely acknowledged to be the superior one, especially in terms of aromatics. The best fruit comes from older vines grown at higher altitudes in sandy clay soil and with good air movement. The skin of the Torrontés burns easily, and the fruit needs a balance of light and shade so the fruit matures without burning. A well-pruned, pergola-trained vine that provides speckled sunlight is ideal in the strong sun, especially at higher altitudes like that found in the Uco Valley where Trivento sources its pergola-trained Torrontés at about 1100 meters altitude.

Trivento 2014 Torrontes Reserva ($11) 89 The Torrontes shows a beautiful jasmine and stonefruit perfume, followed by stonefruit and tropical fruit on the palate. It’s a beautiful apertif wine made from the Riojana clone grown on pergola-trellised vineyards in the Uco Valley.

Trivento 2014 Amado Sur Chardonnay Blend ($15) 89 This is an interesting Chardonnay blend. While Chardonnay is the backbone of this wine, Viognier contribute beautiful apricot notes on the nose and Pinot Grigio gives it acidity and freshness on a pretty palate. A blend of 70% Chardonnay, 20% Pinot Grigio, and 10% Viognier fermented and aged in all stainless steel with no malo. 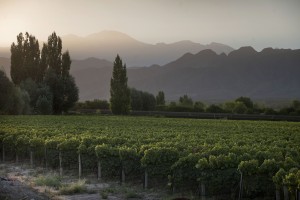 In his classic 19th century work Cépages et Vignobles de France, Pierre Galet described a grape varietal called côt or malbeck as grown in several areas of France including Bordeaux, Cahors, and the Loire.  This same varietal was imported to Chile prior to the arrival of phylloxera in Bordeaux and made its way to Argentina in the mid-19th century. Malbec proved to be extremely well-suited to the climatic conditions of the Andean foothills and today is the single most important Argentine varietal in terms of production.

Argentine Malbec is made in several styles and at several price points. Trivento makes an inexpensive, easy drinking style with its Amado Sur Malbec blend; it’s a blend of fruit from diverse vineyards in Mendoza. The Golden Reserve Malbec, on the other hand, comes only from high altitude vineyards in Lujan de Cuyo, and the fruit is hand picked, hand sorted, and matured in French oak barriques for 12 months. The top of the Trivento line is the Eolo Malbec, which is a selection from the same Lujan de Cuyo vineyards; and is matured in new French oak. We’ve tasted the Eolo before (see our Report # 26 The Diverse Wines of Argnetina) and given it very positive reviews. However, the Golden Reserve Malbec is sourced from the same location and is less than one-third the price.

Trivento 2013 Golden Reserve Malbec ($21) 91 This is a young wine, not yet released on the market. It’s linear and focused, revealing dark fruit and minerals with and elegant mouthfeel. While somewhat closed at the time of tasting, it’s a delicious wine with a long life ahead of it. Aged in French oak for 12 months.

Trivento 2011 Golden Reserve Malbec ($21) 92  Our favorite of the 2013-2012-2011 triumvirate. It shows spicy blackberry with savory notes on a beautifully balanced, fresh palate. Full bodied with an almost viscous texture, this is a truly delicious wine. And at the price it’s an incredible value. 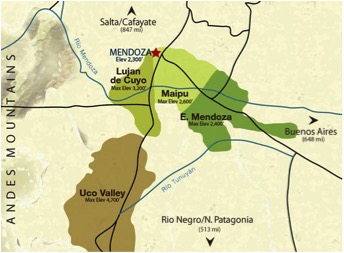