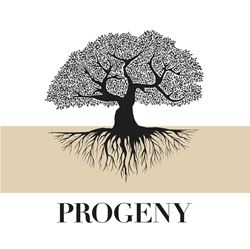 Later this year we’ll be publishing a new report on the wines of Mt. Veeder. In preparation, we’ve already tasted the current releases of many of the region’s major producers, including Progeny. These tastings already reveal that Cabernet Sauvignon from Mt. Veeder has a rare combination of power and elegance with savory earth notes not usually found on the valley floor. We eagerly anticipate continuing our tastings at Mt. Veeder next month.

Progeny is a relatively new project on Mt. Veeder launched by the husband and wife team
of Betty O’Shaughnessy, owner of O’Shaughnessy Estate Winery, and wine entrepreneur, Paul Woolls.   Established in 2000, O’Shaughnessy produces outstanding Cabernet Sauvignon on Mt .Veeder and Howell Mountain and has served as the mother ship for the 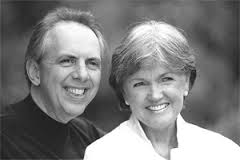 Progeny was launched in 2006.    Its first release was a 2006 Mount Veeder Cabernet Sauvignon Special Select Reserve produced by veteran winemaker Sean Capiaux at the O’Shaughnessy winery.  The wine was sourced from the 17-acre Betty’s Vineyard on Mt. Veeder  (also the source for the magnificent O’Shaughnessy Cabernet Sauvignon)  and aged for 30 months in small barriques  followed by two years in bottle before release.  For Paul Woolls the relatively long maturation period was an experiment in crafting wines of elegance for extended aging, which is the main focus of his new Progeny project.

Since 2006 the Progeny project has grown to include the new 265 acre Woolls Ranch (a former cattle ranch) on the crest of Mt. Veeder. It consists of a 32 acre vineyard of undulating hills planted mainly to Cabernet Sauvignon and small amounts of other Bordeaux and Rhone varieties.  Progeny is also constructing its own state-of the-art winery on Mt. Veeder that will be operational in time for the 2016 harvest.   Establishing the operation on Mt. Veeder was a major undertaking involving the digging of wells, the construction of nine acres of vineyard roads, and extensive new plantings.

Progeny currently produces two Cabernet Sauvignons and white and red Rhone-style blends.  Its top cuvée is the Special Select Reserve, a wine crafted from the oldest and best blocks of Betty’s vineyard.  Aged 30-36 months in small oak casks, it is a wine made for long-term aging.  Beginning with the 2012 vintage, now in bottle, the wine is being aged in a combination of small oak casks for twenty-four months and a 660  gallon oval vat for 12 months. The oval vat (which has larger staves than the small oak casks)  is being employed to slow down oxidation that occurs in the long term maturation of wine.  This innovation was inspired by Paul Woolls’ visit to Vega Sicilia, which follows a somewhat similar oak aging regime.  The other Cabernet is a more traditional Cabernet Reserve blended with 25% of other Bordeaux varieties and aged two years in small casks.    With the new winery, production is expected to increase considerably in the coming years. 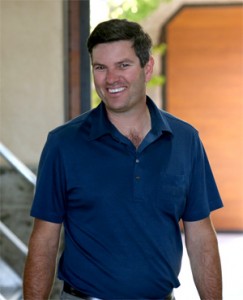 Sean Capiaux, who has had winemaking experience at Jordan, Pine Ridge, and Peter Michael, serves as President and Founding Winemaker of O’Shaughnessy. He also produces his own Pinot Noir wines under the Capiaux label and serves as winemaker at Progeny.  A twenty eight-year veteran with extensive winemaking experience in Howell Mountain and Mount Veeder, Sean is a non-interventionist winemaker, producing wines which are naturally fermented and bottled unfined and unfiltered. He is a master at tannin management and blending, producing muscular wines of pure flavor, restrained elegance and refinement.

Want access to our in-depth reports and wine reviews on Mt. Veeder and other regions worldwide? Become a subscriber today.
Subscribe Now

Progeny 2013 Trinity Blanc Mt. Veeder ($60) 93  A delicious blend of Marsanne, Rousanne, and Viognier is offered in this highly successful Rhone-style bottling.  The wine reveals aromas of fresh melon, white flowers and a hint of herbs. It has lovely mouth feel, excellent acidity and vibrancy and a long finish.

Progeny 2012 Trinity Rouge Mt. Veeder ($68) 92   The Trinity Rouge blends Grenache, Syrah and Mourvedre.  It reveals aromas of red and black fruit with hints of toast.  On the palate it is beautifully balanced with rich concentrated red fruit flavors, a silky mouth feel, round ripe tannins and a pleasant finish.

Progeny 2012 Cabernet Sauvignon Reserve Mt. Veeder ($125) 95     This is a very classy wine on all accounts.  Opaque ruby in color, it is rich and densely flavored with outstanding purity of blackberry and cassis.  On the palate it reveals a soft texture, rounded firm tannins, and a long persistent finish.   Best from 2017-2030.

Progeny 2007 Special Selection Reserve Mt. Veeder ($225) 94   The 2007 Special Selection   Reserve is a beautiful wine from start to finish.  The second release of Progeny’s top cuvee, it is more earthy than the Cabernet Sauvignon Reserve and shows tobacco and forest floor notes.  It is also somewhat less intensely flavored, but complex and rich in nuances of flavor. Soft and round on the palate, it appears to be at its peak and should provide drinking pleasure now and in the short term.