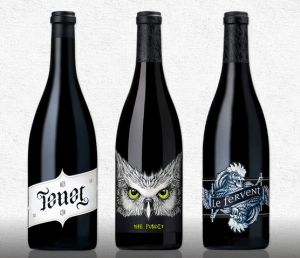 Two of the Southern Rhone’s premier winemakers—Michel Gassier and Philippe Cambie—have teamed up with Bob Bertheau of  Chateau Ste. Michelle to make wines from Rhone varieties grown in Washington State’s Columbia Valley.  Their venture is called Tenet Wines, and we review the first releases below. As we observed in our Report #38 The Wines of Washington State, Rhone varieties like Syrah and Grenache do exceptionally well in the Columbia Valley. The combination of three exceptional winemakers and Washington State fruit has immense potential. 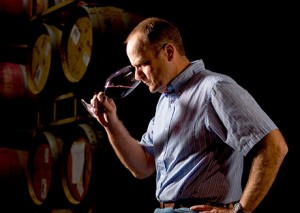 Our readers are already familiar with our evaluations of the wines of Chateau Ste. Michelle made by a top-notch winemaking team, led by Bob Bertheau since 2003.  We’ve previously rated several of the Ste. Michelle Wine Estates Rhone variety wines very highly, including the Chateau Ste. Michelle Ethos Reserve Syrah and the Spring Valley Nina Lee Syrah.  We’ve also given positive reviews to Michel Gassier’s impressive offerings from Costières de Nîmes in our tastings over the years. 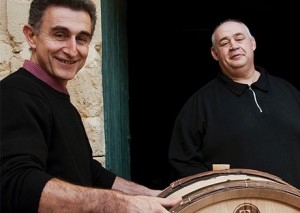 Philippe Cambie may be new to our readers. Born in the Languedoc, a former rugby player, and an enology graduate of Montpelier, he is best known as one of the premier consulting winemakers of Southern France. His clients read like a who’s who of Chateauneuf du Pape and the most important Rhone producers. Robert Parker named him winemaker of the year in 2010. He is also consulting winemaker to Michel Gassier.

Tenet Wines sources its fruit from some of Chateau Ste. Michelle’s extensive vineyard holdings of the Columbia Valley.  Gassier and Cambie contribute their winemaking experience, especially as pertains to stem inclusion and whole cluster fermentation.  Like Walla Walla’s Gramercy Cellars but unlike most Washington State producers, they like the complexity and earth notes contributed by the inclusion of stems.

In addition to the two Tenet wines just released, we also review a Syrah based wine from Costières de Nîmes produced by Michel Gassier and imported by Ste Michelle Wine Estates.

Want access to our in-depth reports and wine reviews on Washington State and other regions worldwide? Become a subscriber today.
Subscribe Now

Tenet Wines 2013 Le Fervent Costières de Nîmes ($22) 90+  Different in style but equally delicious as The Pundit, this Syrah from the Costières de Nîmes is finely textured and balance with concentrated plum and ripe dark berry flavors, finishing with dry, round tannins. A blend of 91% Syrah, 6% Grenache, 2% Mouredre, and 3% Viognier co-fermented with the Syrah. Aged 12 months in 2/3 concrete vats and 1/3 neutral French oak puncheons.  Imported by SMWE.