Located in Lo Ovalle, the coolest part of Chile’s Casablanca Valley just 15 miles from the ocean, Loma Larga has been the first winery in the valley to plant red varieties like Cabernet Franc, Malbec and Syrah, all self-rooted since there is no risk of phylloxera. It was a risky venture, especially considering the region’s frequent frosts—40 percent of Loma Larga’s crop was lost to frost in 2013. However, our tastings show that owners Patricio and Rosita Díaz-Santelices had the right idea.

The Díaz family bought an old Casablanca dairy farm in 1995 and in 1999 began planting its vineyards, which now total 148 hectares.  Loma Larga refers to the hill in the middle of the estate. The vines on the hill lie above the morning and evening fog, giving sufficient warmth to grow red varieties. The valleys are cooler, covered by morning fog from the Pacific, and mostly planted to white varieties. The first harvest was in 2004.  Cédric Nicolle, from France’s Loire Valley joined as winemaker in 2009. He’s put the focus on making pure and fresh wines that express fruit and are easy to drink. He also initiated a new line of unoaked wines called Lomas del Valle. He says that he likes to make “wines for thirsty people.” 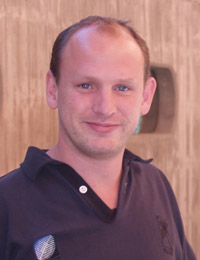 Cédric has introduce a number of changes in winemaking at Loma Larga. He has reduced the percentage of new oak and increased the use of carbonic maceration. The wines undergo no filtration or refining processes, and the use of sulphites is minimized.  The wines are matured in 225 L and 400 L barrels. We find the wines are uniformly fresh, judiciously oaked and balanced.

Like many Chilean wineries, Loma Larga exports most (87%) of its production. It also sells 80 percent of grapes to other producers, selecting only the best fruit from the best parcels for its own wines.

Loma Larga wines are brought in by several US importers.

Loma Larga 2010 Malbec Casablanca ($25) 91  The Malbec shows dark-fruited aromas with violet accents.  It’s a firmly structured, serious wine with a full mouth feel and dense, rich flavors of blackberry, black raspberry, and licorice with a slate mineral edge. The wine obviously soaks up oak, leaving a silky mouth feel but little in the way of overt oak flavors and aromas.  Ready to drink with food now, this wine clearly has 5+ years of life in it. The fruit comes from a single 5 ha parcel with yields of about 4 tons/ha. It’s given a 5 day cold soak followed by fermentation in stainless steel and post-fermentation maceration on the skins, followed by malo and 14 months maturation in 80% new French oak.

Loma Larga 2013 Sauvignon Blanc Casablanca ($18) 89  Fresh, grapefruit citrus and lime zest notes show on the nose and are mirrored on the palate. There’s excellent balance and richness, revealing just the right amount of acidity to provide lift to the fresh citrus fruit notes.  This Sauvignon Blanc is in the stylistic middle, neither tropical nor aggressively herbaceous.   It’s a mix of clones 242, 297 and 1; the grapes are sorted, destemmed, pressed and after racking remain on the fine lees for several months.  Loma Larga has 58 ha of Sauvignon Blanc, of which the two best parcels are used for the Loma Larga and Loma del Valle wines.

Loma Larga 2013 Lomas del Valle Pinot Noir Casablanca ($19) 88  The Pinot Noir shows pomegranate, red raspberry and light spice on the nose. The wine is made in a very fresh, fruit forward, easy drinking style. Pinot Noir aficionados who like expensively oaked, dark fruited, firmly structured wines should be forewarned that this wine is the opposite in every respect—it’s unoaked, red fruited, and easy drinking with 60 percent of the fruit going through carbonic maceration.  The wine is a vineyard selection of Clones 115 and 777. It’s the only Loma Larga wine that is foot pressed. The grapes come from the south facing slope of the hill as well as lower areas that are subject to fog. These are very cool sites.

Loma Larga 2010 Cabernet Franc Casablanca ($25) 91  The Cabernet Franc reveals fragrances of blue and black berry fruit accompanied by notes of licorice and spice. While big and dense, it is also has an elegant side with a velvet mouth feel and fine tannins. It’s a vineyard selection of bunches that are destemmed, cold-soaked for five days and then gently pressed and fermented in closed tanks. Spends 20 months in 60 percent new French oak and bottled unfiltered.

Loma Larga 2013 Lomas del Valle Chardonnay Casablanca ($18) 89  This unoaked Chardonnay (like all the Lomas del Valle line) is very well made with nice Chardonnay fruit flavors and a dry, crisp aspect. It’s clean, fresh and well-balanced without the either the austerity or residual sugar of some unwooded Chardonnays. It clearly meets winemaker Cédric Nicolle’s goal of making “wine for thirsty people”.   One of the best unwooded New World Chardonnays on the market today.

Loma Larga 2012 Lomas del Valle Rosé Casablanca ($16) 88  Pale pink. Showing scents of red berries, this pale colored, mineral-tinged rosé made from the Cabernet Franc grape could very well have come from the Loire Valley.  We would prefer it with a bit less residual sugar, but many American rosé drinkers will like it just the way it is.