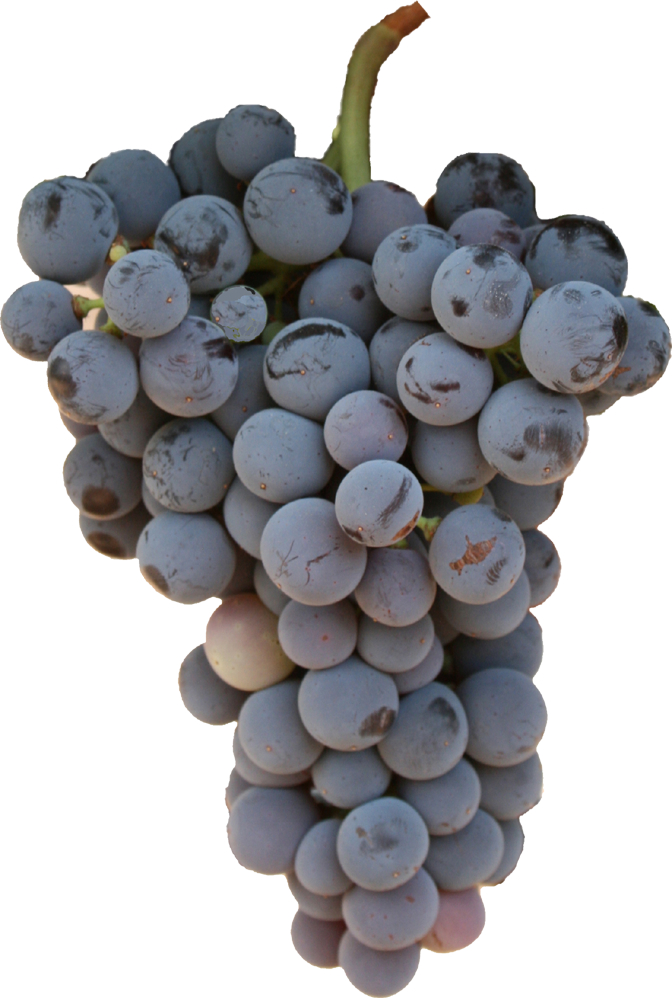 Our recent tastings of five Chilean Cabernet Francs from producers in Casablanca and Colchagua suggests this variety is likely to become a more important part of Chile’s wine industry offerings in the near future.

When we last travelled through Chile  for our Report # 21 The Chilean Wine Revolution we tasted very few Cabernet Franc wines, and none especially impressed us.  However, today there are a  few producers making excellent single varietal Cabernet Franc, including some in the cool climate of Casablanca Valley.

The wines we tasted come from three producers—Loma Larga, Peñalolen and Maquis. Loma Larga is located in the coolest part of the Casablanca Valley and has been the industry pioneer planting red varieties in this area. Peñalolen is a boutique winery also located in Casablanca. Viñas Maquis sits at the confluence of two rivers—the Tinguiririca and Chimbarongo—that offer a welcome cooling influence in the warm Colchagua Valley. Calcu is Maquis’ second label. 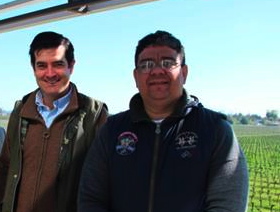 While all the wines reviewed below show the distinctive character of Cabernet Franc, one wine is the best Cabernet Franc we’ve ever tasted from Chile, and that is the Maquis 2010 Franco from the Colchagua Valley. The Maquis winemaking team is led by Ricardo Rivadeneira Hurtado (shown here with our friend, Silvestre Tavares, author of the Brazilian wine blog Vivendo a Vida, at the Maquis winery). As with several other Chilean wineries, there’s significant French influence at Maquis.  Xavier Choné is Maquis’ winemaking and viticulture consultant, while Bordeaux winemakers Jacques and Eric Boissenot assist with the blending.  Our assessment of the Maquis Franco is confirmed by Chile’s leading wine critic, Patricio Tapa, editor of the Descorchados wine guide, who selected the 2010 Maquis Franco as Chile’s best Cabernet Franc. A colorful video of the Maquis Franco can be seen on YouTube.

Calcu 2011 Cabernet Franc Colchagua ($14) 88  Richly fragrant of black raspberry and dark cherry with just a hint of earth, the Calcu Cabernet Franc is bright and light on the palate with fine, firm tannins on the finish.  A good party and pizza wine that offers plenty of fruit-first flavor.

Loma Larga 2010 Cabernet Franc Casablanca ($25) 91  This Cabernet Franc reveals fragrances of blue and black berry fruit accompanied by notes of licorice and spice. While big and dense, it is also has an elegant side with a velvet mouth feel and fine tannins. It’s a vineyard selection of bunches that are destemmed, cold-soaked for five days and then gently pressed and fermented in closed tanks. Spends 20 months in 60 percent new French oak and bottled unfiltered.

Maquis 2011 Cabernet Franc Gran Reserva Colchagua ($20) 88  The Maqui Gran Reserva has a reticent nose and modest flavor concentration, but it shows an attractive purity on the palate. Finishes with firm, dry tannins.  Sourced from a single parcel on the Maquis estate.