Book Review: Barolo and Barbaresco: The King and Queen of Italian Wine by Kerin O’Keefe 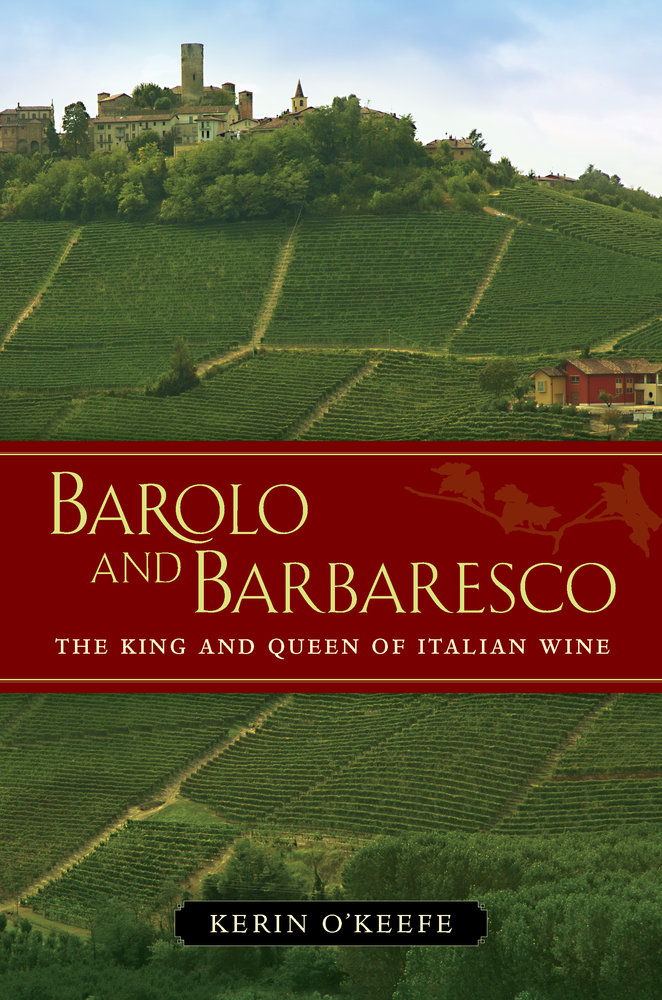 Kerin O’Keefe’s newest monograph, just published by the University of California Press, is a welcome addition to the literature about Italian wines and a solid update about these famous wines. The last book in English about them, Barolo, by Michael Garner and Paul Merritt, was written 25 years ago!  Much has changed.  O’Keefe’s breezy, often enthusiastic prose, combines solid background information with personal appraisals of many producers.  Kerin O’Keefe has written an informative work that will enlighten most readers to the beauty of these wines and the lofty goals of their producers. Barolo and Barbaresco brings the wines of kings and queens closer to an appreciative audience.

O’Keefe provides an excellent summary of the history of the Alba region where these two famous wines originate, extending back to the founding of Alba Pompeia (Alba) by the Romans in the 1st Century BCE and Pliny the Elder’s praise of the area’s wines.  She takes the reader through the ages, noting the first mention of the “nibiol” grape in 1266, the intricate and intriguing development of Nebbiolo wines from sweet to dry, and the emerging fame of the wine called Barolo that took place in the late 19th Century.  She provides an excellent explanation of the geology of the region and how differences of soil morphology between the various communes based on percentages of clay to sand to marl may affect the resulting structure of wines.

More critically, she notes how the fame of these two wines today has encouraged plantings of Nebbiolo in legal, but not very well-situated sites, some of which were previously used for Barbera or Dolcetto.  The money earned from a Nebbiolo site is far greater, and given a market hungry for the “name” of Barolo or Barbaresco, even mediocre wines sell at a premium.  New regulations, she notes, have begun to take effect that restrict the use of lower vineyards for Nebbiolo as well as creating the new system of “menzioni geographiche aggiuntive” (additional geographic mentions) that now legally designates a single vineyard wine. These, as she notes, are a relatively new trend for a region that traditionally valued the concept that Barolo was and should be a “blended wine” from fruit grown in the various communes that expresses the local regional character in its totality.

As O’Keefe points out, many of today’s younger producers, and those of the generation who began to make changes in the region beginning in the 70’s were Burgundy admirers, and they noted the similarity of their region to Burgundy: hillside vineyards, myriad individually named vineyards, mono-varietal wine,  limestone-clay based soils, etc.  Today, it is the single vineyard wines that captivate the imaginations of the top critics and drive the market for the wines, although blended wines continue to represent the majority of bottles sold.  While she is not opposed to single vineyard wines, O’Keefe’s criticism of the movement that led to their wider production doesn’t seem warranted to this reviewer.

The Langhe region was poor for most of the 20th century, as O’Keefe points out.  Historically, most growers were not winemakers, selling their fruit to the big companies or coops.  These contadini simply didn’t have the training, understanding and where-with-all to make quality wine.  Remembering my first visits to Barolo in the mid-70’s, with few exceptions, most of the wines were flawed, oxidized and searingly tannic.  While the classic descriptor of Barolo aromas is “tar and roses”, an objective evaluation of many wines then (even some today) would conclude that the “tar” was brettanomyces mixed with volatile acidity attributable to dirty botti (large-volume, often old Slavonian oak casks) and poor hygiene in the cellars.

Beginning in the 80’s, a group of producers like Elio Altare, Angelo Gaja, Luciano Sandrone and others initiated a fresh approach to crafting their Nebbiolo wines. They focused on better vineyard work–less fertilizer, lower yields—and removed old, dirty botti, replacing them with smaller, often new, French oak casks where wine was aged for a shorter time. These men wished to bring Barolo and Barbaresco wines back to a fresher style, one consistent with the original production methods of the late 19th Century.

O’Keefe is not entirely happy with this turn of events, asserting that the [continuing] propensity by some to use new French oak barriques for maturing the wines obscures the subtle bouquet and contributes harsh tannins to many wines, masking ‘terroir’.  Because of this acknowledged bias, O’Keefe’s otherwise fine reviews of each commune’s producers in the two areas leaves the reader with only a partial picture of who is making the finest wines.  Many excellent producers have been left out of her evaluations.  That is her prerogative, to be sure, but their omission denigrates the achievements of many hard-working producers who honestly believe that change was and is necessary to make better quality, appealing wines. I am sure that if she could have written a 500 page book, her choices would be more inclusive!

O’Keefe’s book reveals a deep passion for these wines and appreciation for the hard work and reputation today’s producers have achieved.  She provides excellent analyses of the trends in the area, a just appraisal of the quality of recent vintages and solid statistical data.  Furthermore, she has singled out several small producers (e.g. Pier) who need more recognition.  Likewise, she has not ignored the key movers and shakers, both “modernist” and “traditional”, and duly notes their positive contributions to the region. We only regret that she chose to give short shrift to a (fairly large) group of producers whose methods she disagrees with, but which consumers are pleased by.