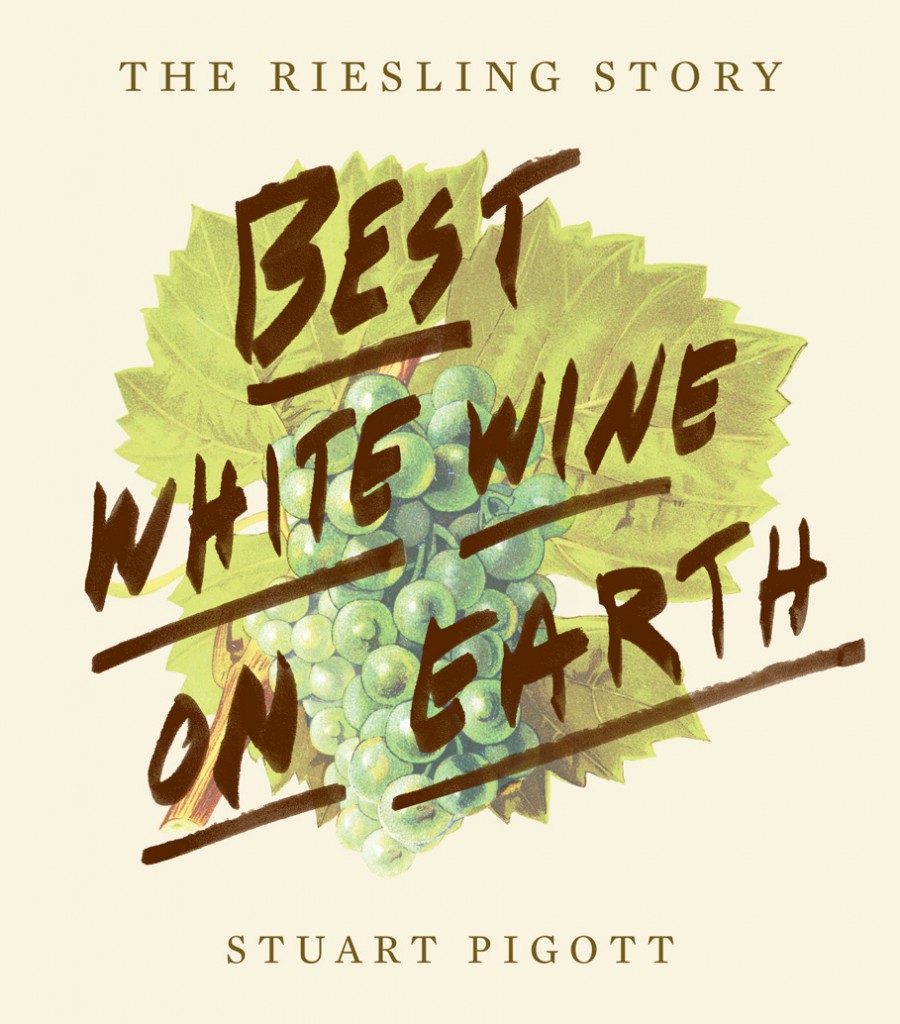 dite and contemporary book in English about Riesling! With a provocative and puckish title, Stuart Pigott writes with gusto in English about his favorite grape and those places and producers who most eloquently conjure its magic.  Pigott is a British writer who for years has lived in Germany, recently moving to New York from Berlin at least part of the year. He has worked in the wine trade and spent decades visiting and talking with Riesling producers around the globe. His previous books are in German, though he did write in English the masterful Wine Atlas of Germany (1995). Best White Wine on Earth (2014) is published by Stewart Tabori & Chang of New York. It’s available for $25 in softcover and is also available in e-book format.

Full disclosure. I have known Pigott for over a decade, and participated with him on occasion in seminars and programs.  I like the guy…though his sardonic humor (which is clearly visible in this book) may not be to everyone’s taste!  Yet he writes clearly and forcefully about his subject, revealing his passion to make the whole world appreciate that we live on Planet Riesling. As he writes in the Introduction, “There’s not only a spirit of the times; there’s also a wine of the times, and Riesling is the white wine of our time.  One of the most important reasons for this is that unlike so many other wines, and so much else in our globalized (i.e. globally homogenized) world, Riesling hasn’t been bastardized by corporate bean counters and marketing departments.” 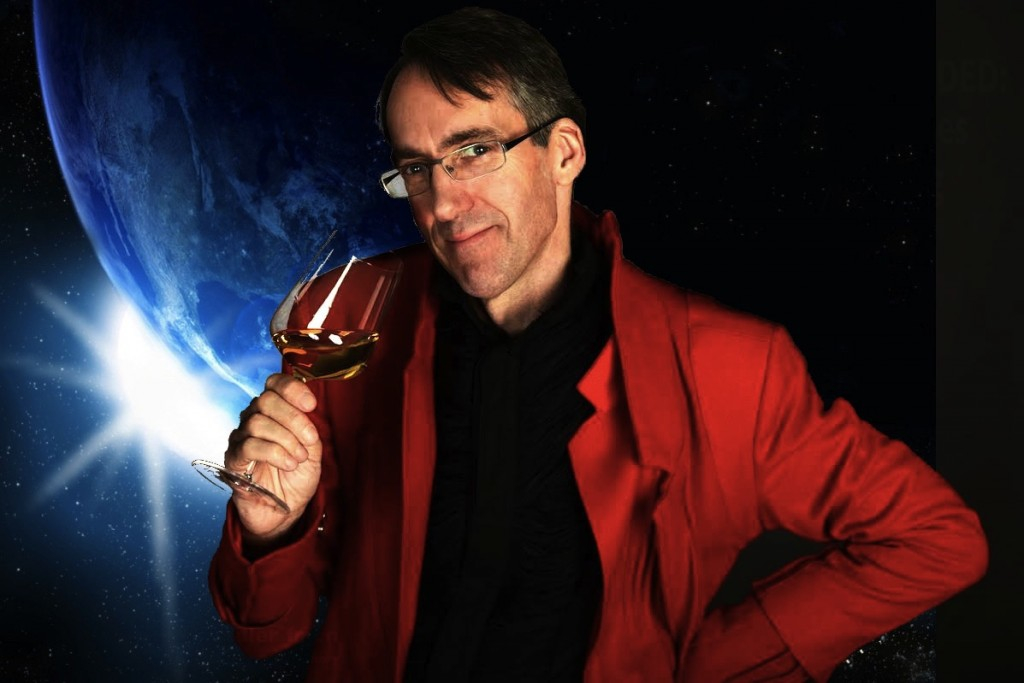 Pigott makes a strong case for his assertion, beginning with a succinct but penetrating profile of the variety, its history, its nature and origins and how it even became an important wine in early Australia and the US.  A wine list page from a prestigious hotel in Houston from 1949 reveals that the German Rieslings on the page were 25-50% more expensive than the Classified Growth Bordeaux, while the California Rieslings had price parity with the Cabernets! Where have we all gone wrong in the last 50 years? Pigott provides some answers as the book progresses.

To highlight important facts for understanding Riesling, Pigott uses a series of boxes  throughout titled First Base—an amusing American phrase, to explain things such as “Where is the New World of Wine?” and “Sweet Rhine Dreams are Made of This”, pointing out that most German Riesling prior to WWII was dry except for those labeled as coming from nobly-rotted berries such as beerenauslese.

His sections on the aromas and tastes of Riesling reflect on issues like the typical varietal aroma of Riesling (depends on climate, from peach in Germany’s Pfalz to lime in Clare Valley, Australia); the critical factor of Riesling acidity that allows wines to age gracefully for decades,;as well as the contentious “petrol –TDN”  character Riesling can get; and the critical balancing act between sweetness, acidity, minerality and extract that define great Riesling.  As Pigott notes, it is the huge amount of spicy, floral and herbal smells that make Riesling so “exciting”. He admits that TDN-petrol smells are not appropriate for young Riesling, but in “certain Rieslings of 10, 20 or more years of age, I smell bitumen and candied citrus fruits”. Pigott also points out the key issue of slow oxidation (in the bottle) for creating the “great change in the aromas of Riesling, as the wine—sweet, dry, light, or powerful—ages after bottling”.  For those who say they don’t drink sweet wines and thus no Riesling, Pigott effectively argues that drinking older Riesling will take care of that problem, since the wines become progressively drier over time.

Most of the chapters explore the state of Riesling in various major wine areas around the globe.   His efforts, particularly with regard to emerging North American Rieslings from New York, then Oregon, Washington and British Columbia (“the West Coast Riesling miracle”), provide a welcome focus on this sometimes neglected topic.

Of course, he covers with panache the amazing producers in classical areas of Germany and Austria, pointing out that while Americans and Brits still believe that German Rieslings should be sweet, the vast majority of Riesling now sold and made in Germany is dry, a return to the traditions of 100 years ago.

There is also a telling chapter on the distinctively dry Rieslings of Australia (“the Maximum Force of Riesling” as he puts it), and how New Zealand’s wonderful maritime climate yields a stunning array of lower alcohol, Germanic kabinett style wines of real grace and sophistication.

And if you weren’t aware that Ukraine (!) had more acres of Riesling than Germany’s Rheingau or all of Austria, and that one of the best Rieslings made in Italy comes not from the northern alpine Alto-Adige zone but from Ettore Germano in Piemonte, you will find information nuggets like these scattered throughout the book

Pigott’s last chapter is devoted to his “Riesling Global Top 100”, divided into groups of the 20 best dry Riesling, 20 best sweet Rieslings and the “Top 20 Riesling Blade Runners”, those making wines exploring the farthest (and most far-out!) styles of Riesling. “Whatever the style of their wine, these are all great Riesling producers whose wines light my fire every time I encounter them.”

Throughout, Stuart’s wit combines with clarity about technical matters to frame his clear and enthusiastic love of Riesling, elucidating why everyone should enjoy Planet Riesling!

Best White Wine on Earth makes for an easy, provocative and enlightening read.  The book is not long enough to consider all of the great producers in the world, and has no maps, surprisingly, but it does have very good photographs. A glass of good Riesling, a warm afternoon and this book; what could be better?