Women have always played an important role in tending the vines, picking the fruit, and pressing the grapes in Rioja, but in recent years they have also assumed an important role in winemaking. Indeed, no other wine region of the world has as many female winemakers as Rioja. This article focuses on a few, experienced, high profile women in the world of wine. They are also featured in our new Report #43 The Wines of Rioja: A New Look 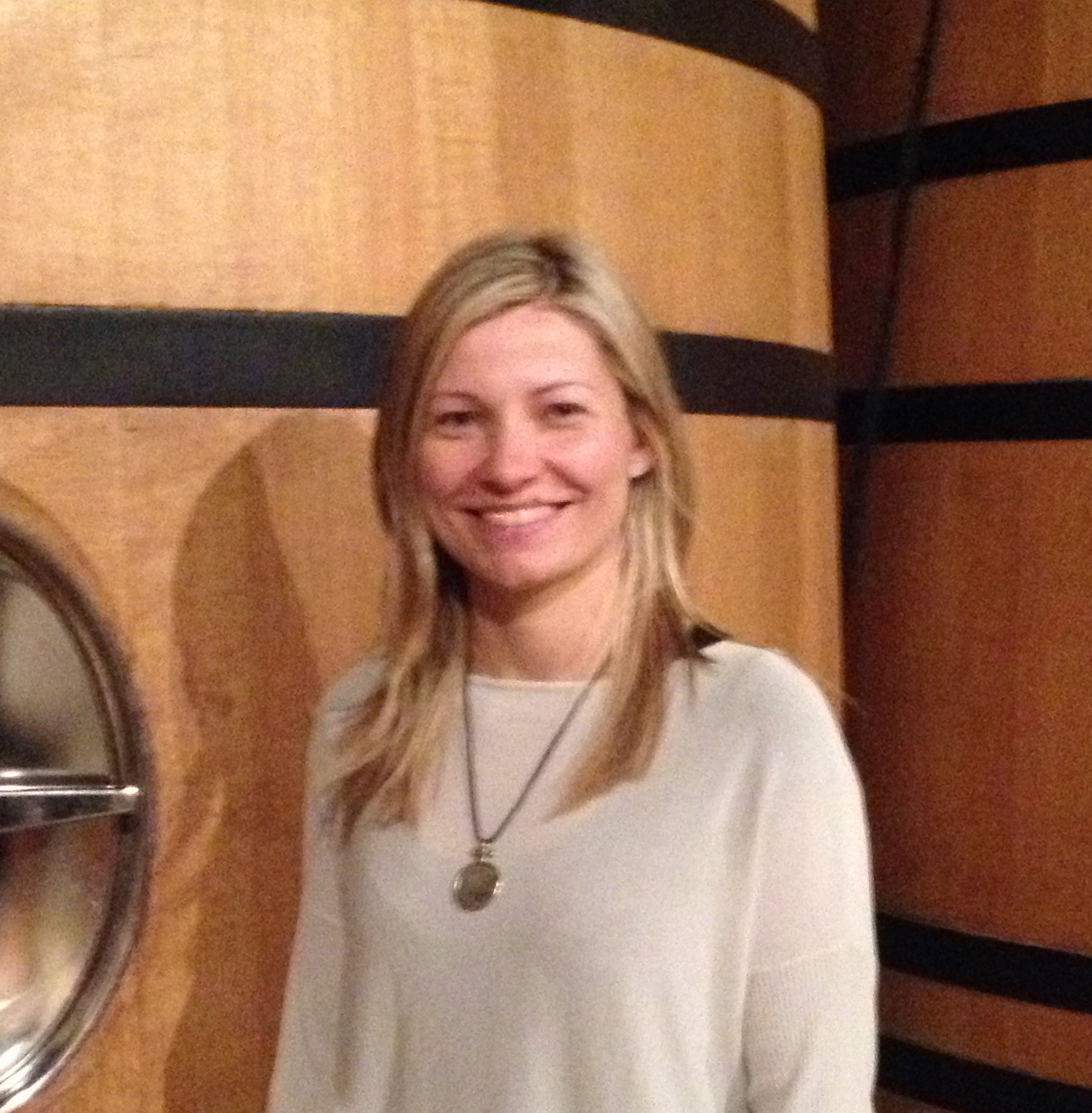 Just 30 years ago, in the 1980s, the Asociación de Enólogos de Rioja had 200 members, just 5 of whom were women. Today it has 308 members, and 106 are women. We didn’t meet all 106 on our recent trip to Rioja, but we met quite a few, and we tasted the wines made by many more of them. In addition to the women winemakers profiled below, some of the other women winemakers we know include Ana Barrón of Remellurí, Maite Fernández Mendoza at Abel Mendoza, Esperanza Elías of Rioja Vega, Marta Gallego of Bodegas Luis Alegre, Joana Caldera at Emperatriz, Verónica Remartínez at Finca Allende, Ana San Juan at CVNE, Paloma Redondo of  Criadores de Rioja, Maria Martinez Sierra at Montecillo, Esther García of Heredad Ugarte, Maria Martinez at Bodegas Patrocinio, Idoya Jaranta Gurria of Finca Egomei, Ana Blanco of Viñedos del Ternero, Isabel Mijares of Remelluri, María Jesús Sáez of Bodegas Beronia and, of course, María Martínez-Sierra at Montecillo.  Many other women have high level managerial or other positions in Rioja’s wineries. Esperanza Tomás, for example, is head of research at Roda, and Cristina Forner is CEO of Marqués de Cáceres.

Despite the success of women in the world of Spanish wine, few become lead winemakers.  As Ana Martín Onzain of Castillo de Cuzcurrita says, “There’s no denying that the wine world, influenced basically by agriculture, is still stoutly masculine and would still find it difficult to accept a woman at the helm of a winery. But more and more trained women are graduating from Spain’s schools of agronomy and enology; the time has come for greater responsibility to be handed over to them.[1]”

The following are four of the women who have broken through the glass ceiling and today have lead winemaking and management roles in their wineries. 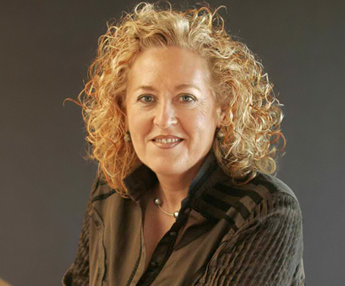 Elena Adell San Pedro, Campo Viejo  A native of Logroño and granddaughter of grape growers, Elena Nadell has been an enologist since 1985, after studying agronomy at the University of Córdoba. She began her career at Bodega AGE before it was purchased by the Grupo Bodegas y Vinos.  She now leads the winemaking team at Campo Viejo, which is responsible for producing 29 million bottles annually, one of Rioja’s very largest wineries.  She also oversees the Rioja operations of AGE, Ysios and Domecq.  She says her goal is always to make interesting, expressive wines that portray the vibrant character of Rioja and Tempranillo. 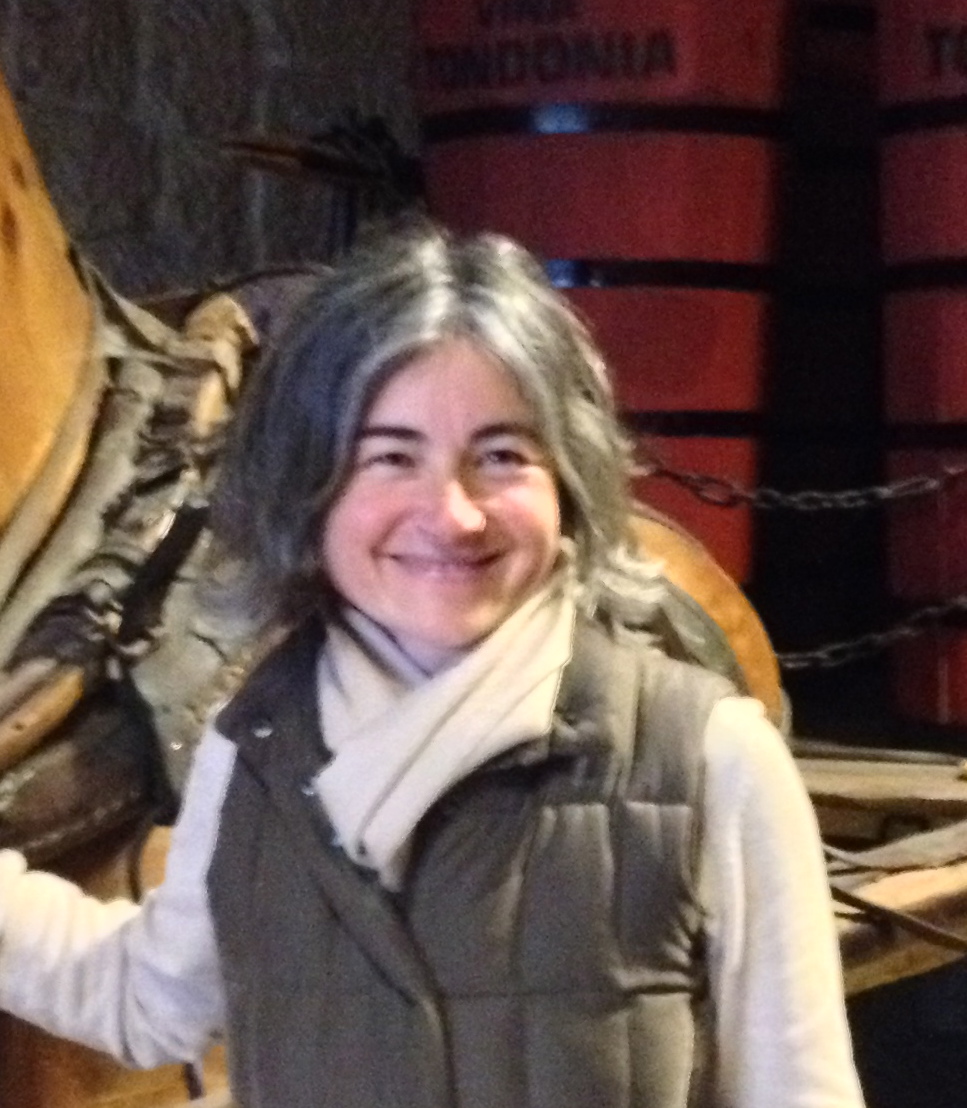 Maria José López de Heredia, Viña Tondonia  Maria José is one of Rioja’s most authentic personalities and, along with her sister Mercedes and brother Julio César, is responsible for the classic Rioja wines made by this venerable winery.  She was born and schooled in Haro with a year of high school in North Carolina, received a university degree in law and theology and then earned her degree in Viticultura y Enologia at the Universidad de Rioja in 1993. Her work at the winery today is mostly in the area of marketing and management, and she has been repeatedly honored as one of the most important women in the world of Spanish wine.  She co-founded the international Asociación de Mujeres Amigas del Vino (AMAVI) in 1996. 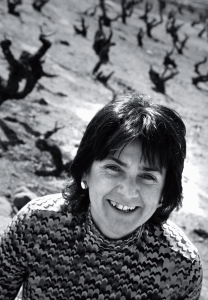 Ana Martín Onzain, Castillo de Cuzcurrita  After studying chemistry at the Universidad de Bilbao and enology in Madrid in the 1980s, she returned to the Basque country in 1995 where she acquired fame for her Txakoli at Itsasmendi. In Bizkaia.  She began making wine at Castillo de Cuzcurrita in 2005 when new propietors took over.  Ana is one of the few Spanish women flying winemakers. In addition to Rioja and the Basque Country, she makes wine at Guitián in Valdeorras, Traslanzas in Cigales, Ribas del Cúa in Bierzo, and a new venture in Majorca called Can Axartell.

Maria Barúa, LAN  Chief enologist at one of Rioja’s larger wineries with annual production of 3 million bottles, María pays special attention to the winery within a winery that makes LAN’s top wines from the winery’s estate vineyards that border the Ebro River. 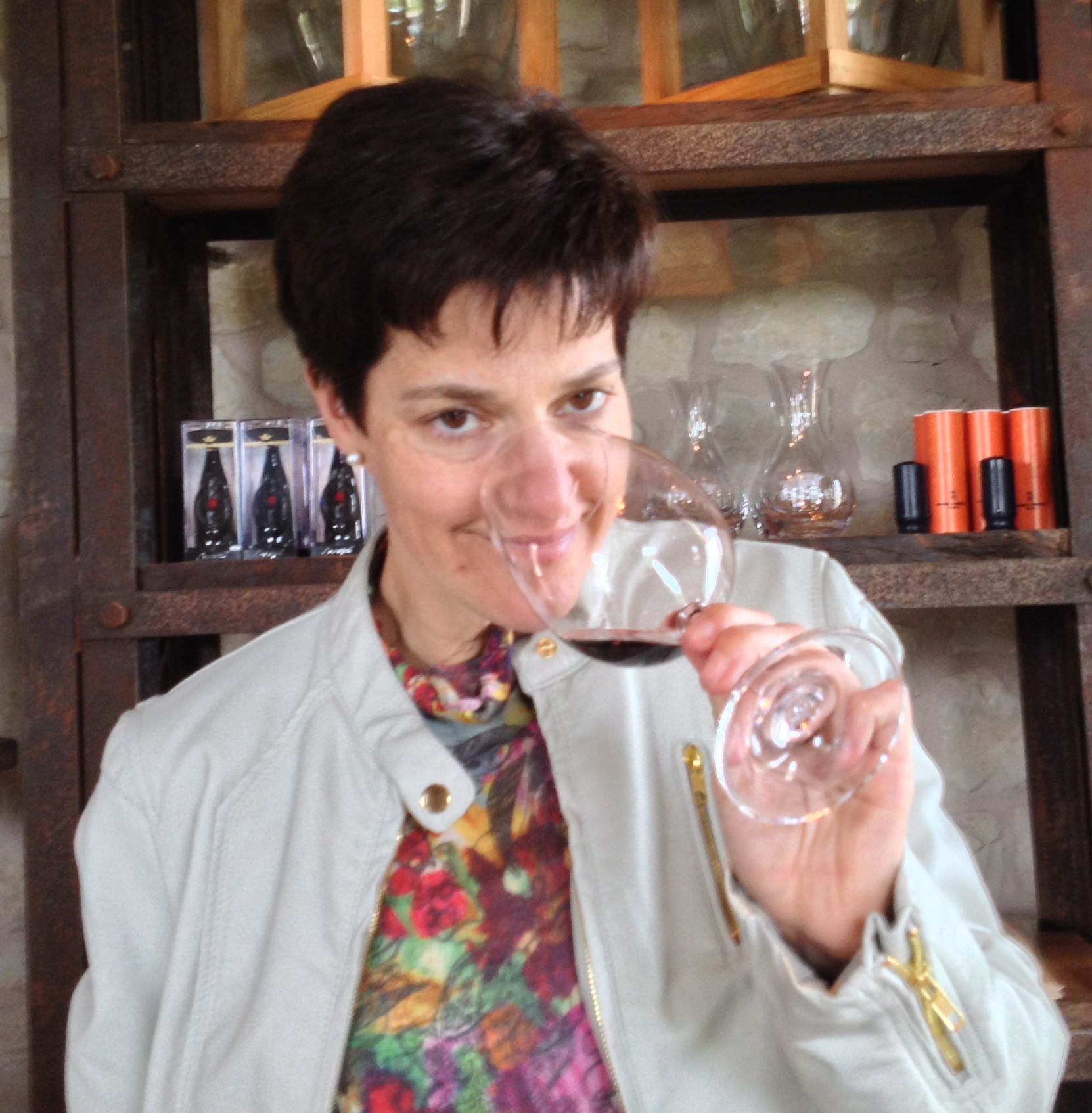 a decided to resurrect the winery beginning with the 2000 vintage, María is responsible with Dalmau for creating some of Rioja’s most distinguished wines.  She is also responsible for the Rias Baixas wines of Pazo de Barrantes. She was employed by Murrieta shortly after complete her masters degree in enology and given immense responsibilities at a very young age. She says her winemaking objective is to obtain the highest expression of each of the winery’s vineyards. 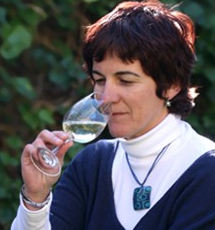 María Larrea, CVNE (La Compañia Vinícola del Norte de España)  Originally from Rioja, María studed viticulture and enology in Madrid and Montpellier and made wine in Bordeaux and Languedoc before returning to her roots in Rioja.  She made wine in Navarra, La Mancha and at Bodega Viña Real in Rioja before becoming winemaker at CVNE. Since 2006 she has served as technical director and chief winemaker at CVNE. 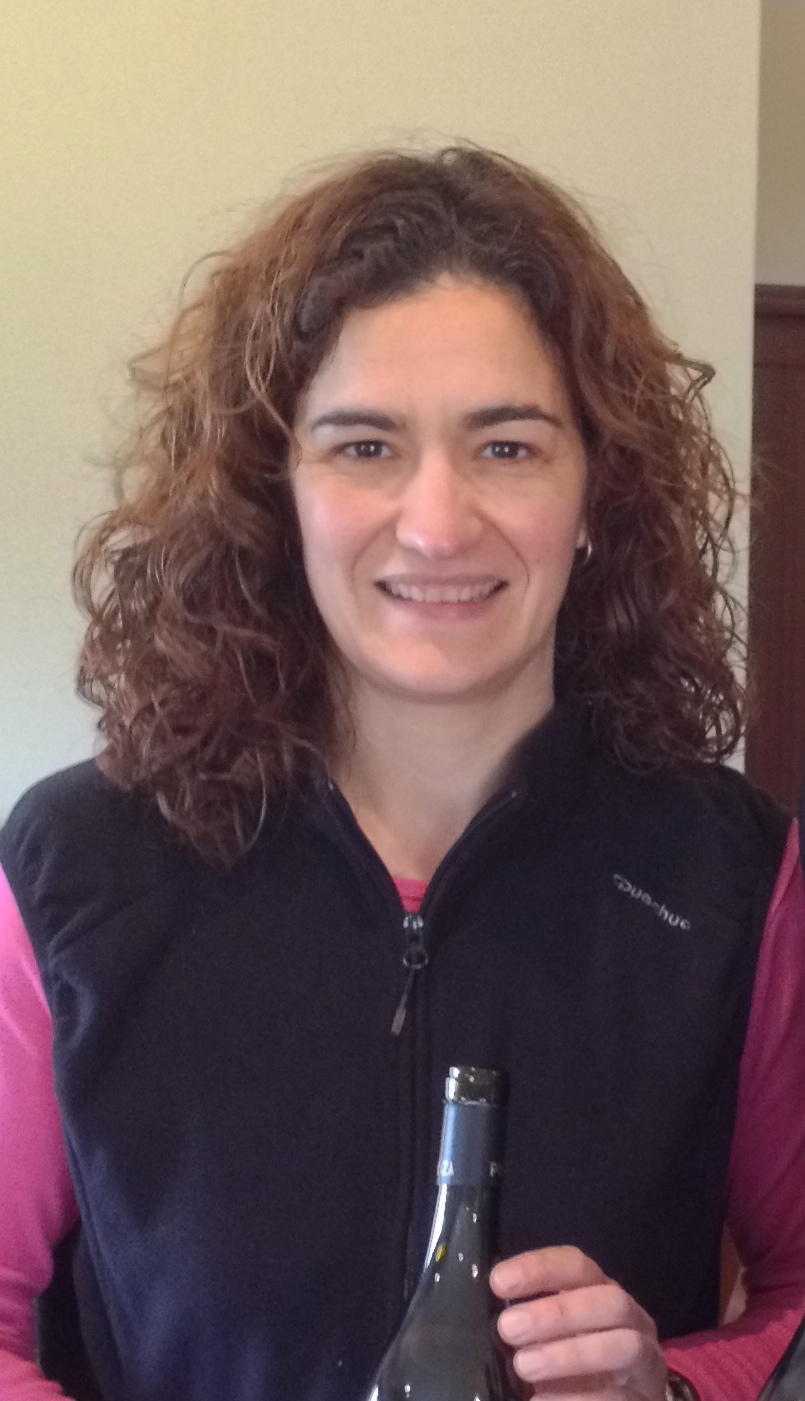 Marta Appellaniz Gallego, Pujanza   The daughter of Rioja grape growers, Marta studied food science at the Universidad del Pais Vasco before obtaining her masters degree in enology and viticulture at the Universidad Politécnica de Madrid.  She was hired by Pujanza in 2002 and today is chief winemaker both there and at Diosares.

This entry was posted in Countries and Regions, Great Winemakers, Spain, Uncategorized and tagged Rioja, Women. Bookmark the permalink.