In the 16th century, French-speaking Huguenots from France and Southern Belgium emigrated to South Africa where they planted vines and made wine.  Four hundred years later, the French-speaking Belgian, Jean-Philippe Colmant followed in their footsteps, locating in the picturesque town of Franschhoek, founded by the original Huguenots, and began making what is arguably South Africa’s best sparkling wine (called method cap classique, or MCC, in South Africa).  Earlier this year, we paid him a visit and tasted his latest releases at his winery on the outskirts of Franschhoek. 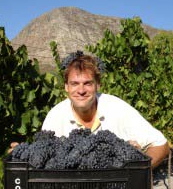 Being a successful businessman but not being a trained winemaker, Jean-Philippe realized he needed help making wine, so he set out to find the best winemaker he could. He lured enologist Nicolas Follet from Champagne to live and work with him, and he sought out the advice of South Africa’s best known sparkling wine maker, Pieter Ferreira of Graham Beck Wines.  He planted Chardonnay on his own estate (about 2.5 hectares) and contracted Champagne clones of Pinot Noir from a vineyard in cool-climate Elgin and more Chardonnay from the Robertson area.  With Nicolas’s advice, he brought in the same oak barriques used in Champagne, the same Diamant corks used there, and, most importantly, the same production techniques.

The South African terroir is, of course, nothing like that of Champagne. It’s warmer and lacks the deep chalk of Champagne, although the Robertson soils are calcareous.  Working with Stellenbosch University, Jean-Philippe has developed wine-making techniques appropriate to the South African context. He picks fruit at night when temperatures are at their lowest and then stores the fruit several hours at -1° C before gently pressing.  The cool temperature firms the grapes, reduces extraction and prevents breakage of the skins and their possible adverse impact (color and flavor) to the wine.  The result is very cleanly pressed juice (using his pneumatic press) of excellent acidity. He then ferments the juice, part (about 80%) in stainless steel and part (about 20%) in barriques (about 15% new).  Nothing goes through malo.

After fermentation, Jean-Philippe blends the base wine with the assistance of Nicolas and Pieter.  The final blend is comprised of about 15 different lots of wines organized by grape variety, origin of the fruit, pressing (either the first (cuvée) or second (première thai) pressing), and storage medium—wood or stainless steel.  Reserve wine—about 2/3 kept in oak and 1/3 kept in stainless steel—also enters the final blend. 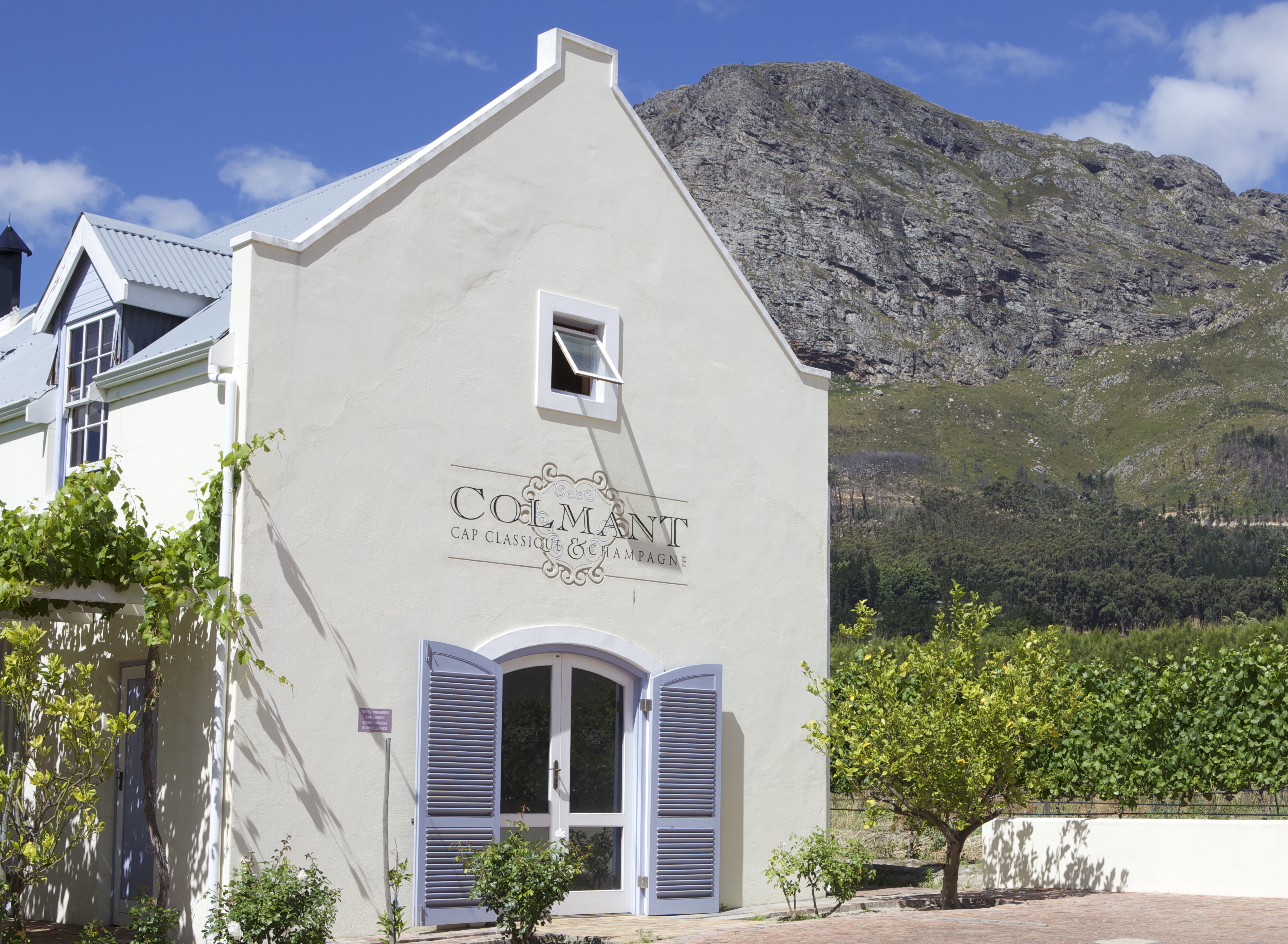 The Winery in Franschhoek

As our tasting notes below show, Colmant’s wines reveal the potential for high quality sparkling wines in South Africa. Despite the fact his wines are more expensive than the average MCC in South Africa, demand is strong and annual production has increased to almost 4 thousand cases, of which 25 percent is exported. [The US importer is Kysela, Pere et Fils, of Winchester VA.]

South African sparkling wine continues to get better and better, and the number of producers keeps increasing. Most importantly, a number of the newer producers specialize in making only sparkling wine. Colmant was one of the first to blaze this trail.  Other important MCC producers and their wines are highlighted in our recently published Special Report: The Exciting Sparkling Wines of South Africa.

NV Brut Plaisir by Colmant 87 The Brut Plaisir is a new product, with higher residual sugar [9 g/l]. It’s a fruity, uncomplicated homegrown substitute for Prosecco-like sparklers. A 60/40 blend of Chardonnay and Pinot Noir, it’s made from the same base wine as Colmant’s other cuvées but with less time (12 months) on the lees. Brut Plaisir is not exported.

Colmant NV Brut Reserve ($37) 91  For just a bit higher price (in South Africa), the Brut Reserve is a very significant step up from the Brut Plaisir.  We’ve tasted the NV Brut several times over the years, and we find the wine shows a consistent style. Very pale straw in color, it reveals light notes of fresh bread, a delicate mouth feel, and a chalky mineral finish with excellent acidity. This wine is a 52/48 blend of Pinot Noir and Chardonnay, mostly from the 2011 vintage with about 22% reserve wine.  About 15% of the base wine was barrel fermented with a minimum of 30 months on the lees. This wine has just been disgorged at the time of our tasting in Franschhoek, so we recently retasted it and found it to easily be the equal of vintages past.

Colmant NV Brut Chardonnay ($45) 92  Pale straw with a fine bead and scents of biscuit and lemon zest.  The NV Brut is richly flavorful and full, a complete wine with a long finish. Tasted blind, it can easily be mistaken for good quality Champagne.  Spends 4 years on the lees; 15% of the base wine is fermented in barrel.  Disgorged 9 months ago.  A blend of Robertson and Franschhoek grapes from the Colmant vineyard. It’s 100% Chardonnay, 15% barrel fermented, and spends 4 years on the lees. RS 5 g/l.

Colmant NV Brut Rosé 90  Medium pink with a red-fruited nose that evokes strawberries and maraschino cherries. It’s dry and precise with fine bubbles.  An 80/20 blend of Pinot Noir and Chardonnay made with 15% reserve wine. About 15% of the base wine is barrel fermented, and about 12% red Pinot Noir is added to the blend. Spends at least 24 months on the lees. RS 8.3 g/l.