Cristal Through the Ages 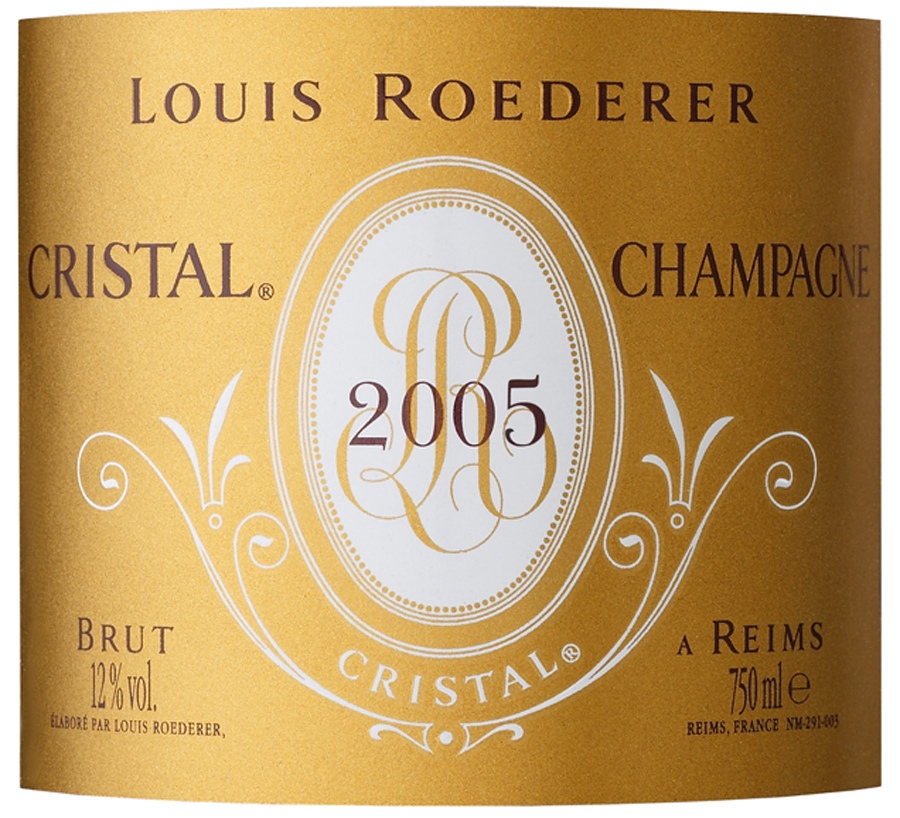 Louis Roederer’s Cristal was the world’s first prestige cuvée Champagne and is still the most famous (and one of the most expensive, too).  Thanks to Maisons Marques & Domaines’ East Coast representative Roland Herrmann, we recently had the opportunity to taste the 1985 Cristal from magnum.  It reminded us of the other Cristal vintages we tasted with Roederer President, Frédéric Rourzaud and Chef de Caves, Jean-Baptiste Lécaillon at the winery in Reims during the preparation of our Report # 34 Champagne Revisited.  Reviews of the 1985 and other vintages are given at the end of this article.

Roederer is unlike many Champagne houses. It remains family owned (like Bollinger and Pol Roger but unlike most the big names). It sources fruit mostly (70%) from its own 230 ha of estate of vineyards, unlike the majority of houses that purchase their fruit.  It has a significant plantings that are either biodynamic (40 ha) or organic (15 ha). 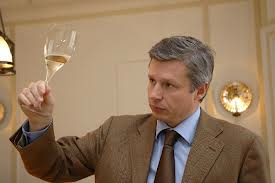 The making of Cristal is today in the hands of Chef de Caves, Jean-Baptiste Lécaillon.  He makes the Champagne from the best and oldest vines growing in the chalky soils of Roederer’s estate vineyards.  Each parcel is separately fermented and later blended with reserve wines, bottled, and left on the lees for at least five years.

Champagne and Cristal have evolved over time.  At the time the Roederer (then called Dubois) house was founded in 1776, Champagne was pink (the result of harder pressing of the skins) and cloudy.  How Champagne is served has also changed.  It was also most commonly served as a dessert wine, and the Cristal made for the Czar had as much as 100 g/l sugar.  The change to a dry, brut style for drinking as an aperitif is a 20th century invention.

The glasses used to serve Cristal and other Champagne have also changed over time. Originally, it was served in small flutes, but by the turn of the 20th century the coupe became popular, mostly as a means of removing bubbles, which were aggressive compared to today.  And then the elongated flute became popular about 50 years ago. Today tulip shaped glasses are gaining in popularity to better capture the delicate aromas of Champagne.

The location of Champagne, at the northerly limits of fine grape growing, translates into large vintage variations. The three vintages we tasted for this article—2005, 1993, and 1985—are not atypical. The 2005 vintage was hot and humid with a high risk of rot. Fastidious canopy management and early picking were required to make good wines. The 1993 vintage was quite different with a warm winter, early spring, and hot summer. But then it rained non-stop during harvest, and a lot of crop had to be dropped to produce good quality fruit.  The 1985 vintage was more like that of 2005 with a damp, cloudy summer following a severe winter and spring frosts. But the autumn was sunny and warm, yielding phenolically ripe fruit. 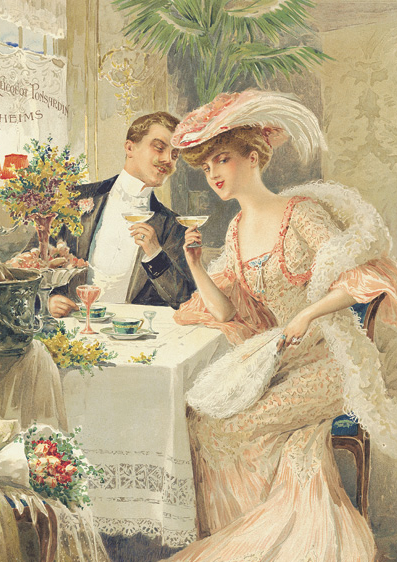 Louis Roederer 2005 Cristal Champagne Reims ($227) 97  This Cristal is a rich and complex champagne made of 55% Pinot Noir and 45% Chardonnay sourced from 35 year old vines.  It displays delicate aromas and flavors of stone fruit, citrus and minerals. Aged for six years on the lees, it is very refined in the mouth with ultra-fine bubbles and elegance on the palate. The grapes are sourced from the finest vineyards of Montagne de Reimes, the Vallée de la Marne and the Côte des Blancs.

Louis Roederer 1993 Cristal Champagne Reims ($595) 94  Cristal is usually predominantly Pinot Noir, but harvest rains resulted in a more Chardonnay (52%) based cuvée this year. Almost 20 years after the vintage, it’s drinking beautifully with an autolytic nose of butterscotch and caramel, a soft, creamy palate, and a long finish with notes of earth and mushroom. It still retains its delicacy and freshness as we discovered drinking it at lunch at Louis Roederer.

Louis Roederer 1985 Cristal Champagne Reims Magnum  ($1175) 99 The combination of a good vintage and time has resulted in a complex, yet precise and focused Champagne. The bouquet reveals earthy mushrooms, minerals, and baked bread, which are picked up on a richly textured, perfectly balanced palate, finishing with great persistence.  It is a truly magnificent Cristal.

Note: Prices on the 1985 and 1993 Cristal Champagnes are estimated current retail prices.

This entry was posted in Champagne, Countries and Regions, France, Uncategorized, Wine Type and tagged Cristal, Roederer. Bookmark the permalink.

1 Response to Cristal Through the Ages