Mega-Floods and the Vineyards of Washington State 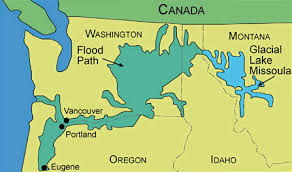 In the recent past (geologically speaking), Washington State was home to one of nature’s most cataclysmic events, which shaped the terrain and soils of the vineyards that today produce some of the world’s best wine grapes, which we had the privilege of tasting on our recent trip to Washington to prepare for our next report, The Wines of Washington State. That event, or, rather, series of events, was the catastrophic breaking of the ice dam holding back the 2000’ deep glacial Lake Missoula in present day Montana. As a result, a fast-moving volume of water equal to half the volume of Lake Michigan sped through the Columbia Valley in a flood up to 500 feet high. This occurred multiple times over thousands of years at the end of the last ice age, between 8 and 15 thousand years ago, and about the time Paleolithic man crossed the Bering Strait land bridge into North America.

The massive floodwaters carried with them great granite boulders that can still be seen today and laid gravel, sand and silt over the basalt rock base of eastern Washington State. The deposits were especially heavy as the flood waters backed up and slowed at the Wallula Gap that separates Washington and Oregon. Subsequent to the floods, windblown loess (similar to what we found in the winelands of Austria) was layered up to 2 m thick on top of the flood deposits[1]. Loess also accumulated at higher elevations that lay above the flood waters.

Washington’s grapes are mostly planted on the ancient flood deposited soils below maximum flood levels (<330 meters/1075’ altitude, on average).  These are well-drained soils that allow roots to go deep and are well-suited to controlled irrigation.  Washington’s most famous vineyards—e.g., Champoux in Horse Heaven Hills, Boushey Vineyard in the Yakima Valley, and Ciel du Cheval on Red Mountain—are mostly located on loess covered flood deposits.  In some cases, the loess is very deep, while in others grape roots reach the flood deposits and basalt bedrock below. 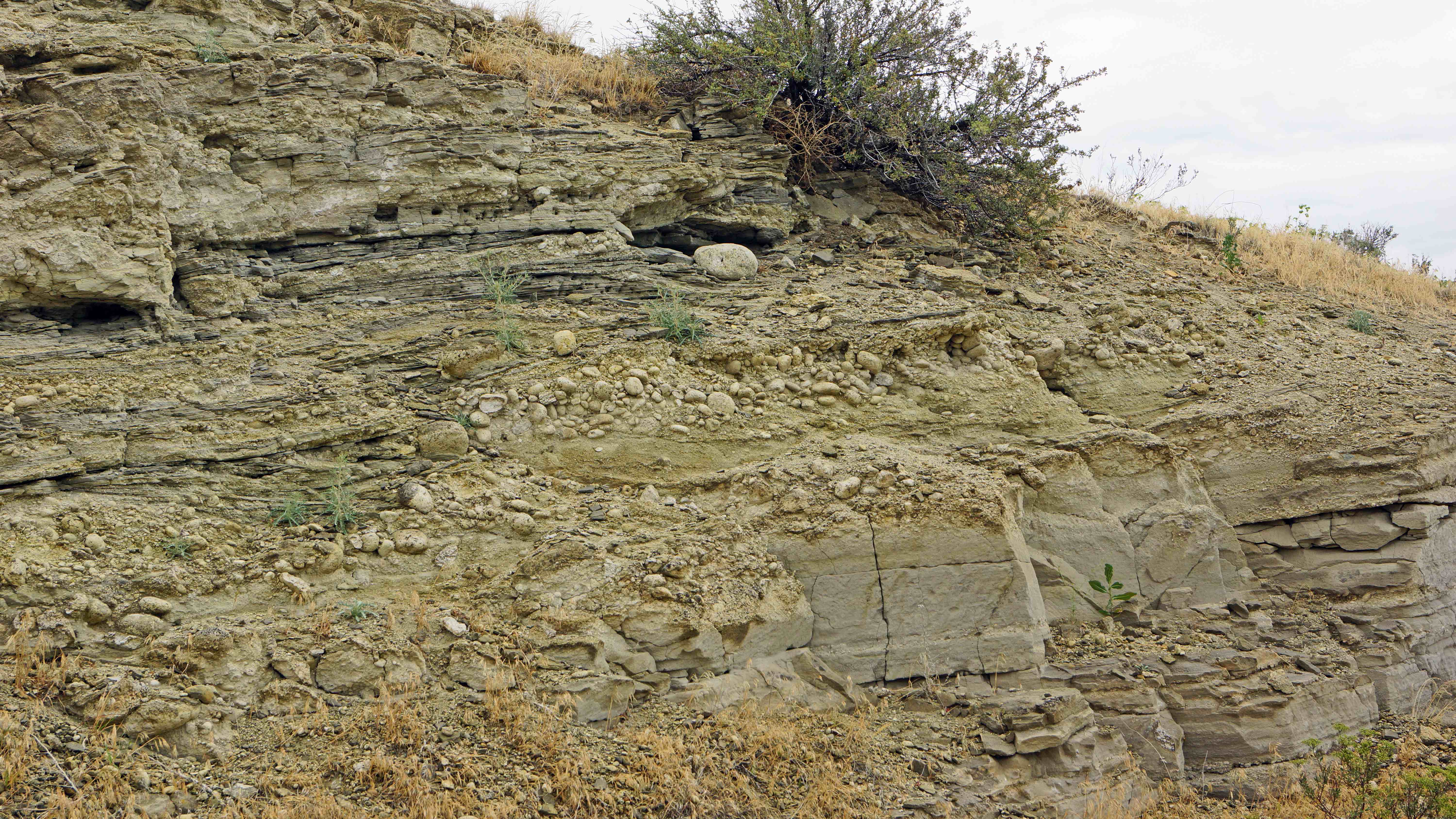 In addition, some below-flood level vineyards are quite different from the norm. In the case of the steep south side of Snipes Mountain, for example, the soils come mostly from higher altitude elevations of the mountain with the usual addition of loess. Some vineyards in The Rocks (i.e., the Milton-Freewater alluvial fans)  in the southern Walla Walla Valley are deep ancient riverbeds of cobblestones of granite and basalt.

There are also vineyards partially or fully planted on soils that lie above maximum flood levels and, as a result, have thinner, more complex soils over the basalt bedrock.  Parts of the Red Willow Vineyard in western Yakima Valley has marly sandstone and volcanic soils with some clay (unusual for the Columbia Valley)[2], while parts of the DuBrul Vineyard in the Rattlesnake Hills have only about 18” of loess over basalt. Other vineyards that lie above maximum flood levels include the Spring Valley Vineyard (up to 426m/1385’ in altitude) and the Les Collines Vineyard (420m maximum altitude) located in the Blue Mountains at the eastern end of the Walla Walla Valley.

The megafloods created the vineyards and grapes of  present day Washington State and have had a strong effect on the grape varieties planted.  They created well-drained soils with very little clay content that are inhospitable to the spread of phylloxera.  Thanks to the combination of the arid climate and deficit irrigation, plant vigor is restrained and contributes to fruit quality. The floods also contributed to accumulation of the windblown sand and loess that not only provide a rich growing medium but, also, permit Washington’s self-rooted vines—one of its unique attributes as a wine growing region.  While its difficult to separate out all the ways in which the floods have affected the wines of Washington State, they are clearly one factor contributing to unique terroirs.[3]

[1] For more detailed information on the floods and their geologic impact, see Kevin R. Pogue (2009), “Folds, floods, and fine wine: Geologic influences on the terroir of the Columbia Basin,” The Geological Society of America Field Guide 15.

[3] This is explored further in Lawrence Meinert and Alan Busacca (2000) “Terroirs of the Walla Walla Valley Appellation,” Geoscience Canada.

This entry was posted in Countries and Regions, Uncategorized, Washington, Wine Articles and tagged Geology, Washington. Bookmark the permalink.