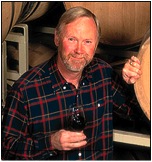 Born in England of Canadian parents, David earned his Master of Wine certification in 1975 before coming to the United States to study winemaking at the University of California, Davis. He worked with several Oregon wineries, like Bethel Heights and David Lett’s Eyrie Vineyards, before accepting a job with Columbia winery (then known as Associated Vintners) in 1978. He became chief winemaker within a year and served in that role from 1979 through his retirement in 2005. During his tenure at Columbia, it became one of Washington’s most respected wineries. 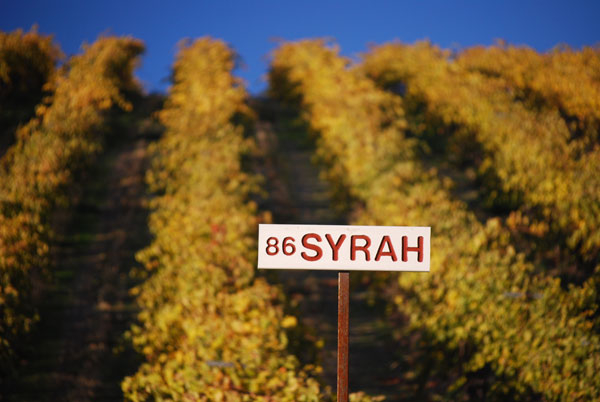 David developed a close working relationship with Mike Sauer, owner and lead agriculturalist of the Red Willow vineyard in Yakima Valley.  In 1984, having noted similarities between the Red Willow vineyard and the La Chapelle vineyard of the Hermitage AOC in the Rhone, he urged Mike Sauer to plant Syrah.  At the time, only a few California vineyards were growing the grape, but Sauer was able to arrange for Syrah cuttings to be imported into the state. During our vineyard tour with Mike, he showed us that first block of Syrah that he planted in 1986.

According to Mike, David Lake came from the Seattle to help with the Syrah planting and ceremoniously buried bottles of Hermitage, Côte-Rôtie and other Rhone wines in the vineyard as a way to “inspire”  Washington’s first Syrah.  The 1988 Columbia Syrah made from Red Willow grapes was Washington’s first bottling of Syrah although it was by no means the last.   In the late 1990s there was boom in Syrah plantings, and it soon became Washington State’s third most planted red wine grape.   In our upcoming Report # 38  Washington State Wines: On the Move, we report on the exceptional Syrah wines being produced in the state.