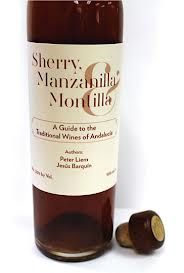 There’s renewed interest in Sherry these days, at least among the cognoscenti who know the difference between a dry Fino and a syrupy Pedro Ximenez, but too many consumers think Sherry is just their grandmother’s sweet afternoon Cream and avoid the drink altogether.  In an attempt to educate wine drinkers on the unique virtues of Sherry, Peter Liem and Jesús Barquín have recently published a superbly detailed book titled Sherry, Manzanilla & Montilla (Manutius, New York, NY).  It’s a book every serious wine drinker should read and then keep in the bookcase for future reference. 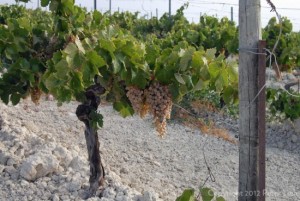 Five years ago we wrote a special report titled Introduction to Sherry in which we discussed the special climate, soils (the limestone albariza, especially) and grapes—Palomino, Pedro Ximénez, and Moscatel—of the Sherry Triangle, as well as the Solera aging system, the techniques—biological and oxidative aging—used to produce the wines, and the diverse styles of dry and sweet Sherries sold in the market today.  Liem and Barquín cover these same topics, in considerable depth, in addition to laying out the long and somewhat sad history of Sherry and, most importantly, cataloguing and evaluating the important bodegas of the region.

The authors are uniquely positioned to write this book. Peter Liem is an American who lives in Champagne and is one of the world’s foremost experts on that beverage, the production of which shares many features with Sherry.  Jesús Barquín is Spain’s foremost expert on Sherry and is a frequent writer on wine for the Spanish newspaper El Mundo.

Liem and Barquín discuss at length the turbulent rise and decline of Sherry, both historically and in modern times, including the Government’s takeover of the huge Ramusa conglomerate in the 1980s.  The demise of Ramusa provided the basis for Sherry’s resurgence, albeit too late for the many, independent bodegas producing terroir-specific wine. The more recent story of Sherry is the arrival of new, small sherry houses focused on producing handcrafted wines and the growing popularity of bone-dry Sherries and a renewed focus on quality. 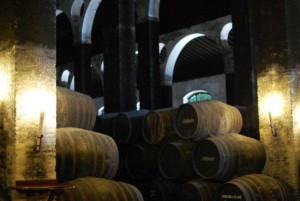 The wines receiving the most critical acclaim today are the Finos of Sherry and the Manzanilla of San Lúcar de Barrameda.  These are biologically aged, exceptionally dry wines benefiting from the layer of flor that protects the wine from oxygen, consumes volatile acidity and glycerol, and contributes unique flavors (almonds, citrus, iodine, chamomile) and salinity to the wine. As in Champagne, the dying yeast cells lend an autolytic character that further contributes to the complexity of Sherry.  Proximity to the sea and fresh, oxygen-rich air nurture the flor, which explains the location and architecture of the great Sherry bodegas. 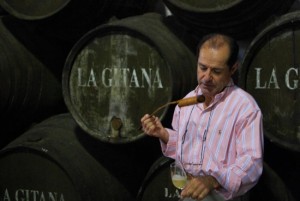 The world of Sherry is complex with wines ranging from the super dry, biologically aged Fino to the equally dry Amontillado and Palo Cortado wines that benefit from both biologic and oxidative aging to the intensely sweet Pedro Ximénez made from dried grapes.  In between are the sweet Oloroso and Cream Sherries that still sell in large volume.

Liem and Barquín’s discussion of the future of Sherry is of particular interest to the wine connoisseur.  In particular, they discuss the role of fermentation in barrel vs. stainless steel, excessive filtering, minimum alcohol restrictions, bottle closures, bottling dates (similar to disgorgement dates in Champagne), and terroir, both of the vineyard and the bodega.  Sherry today faces many challenges. While expensive to produce, the wines themselves are absurdly cheap, and smaller producers are at risk of disappearing.  Hopefully, Liem and Barquín’s book will stimulate interest in, and demand for, quality Sherry and encourage producers to continue their efforts to raise the quality of one of the world’s most unique wines.