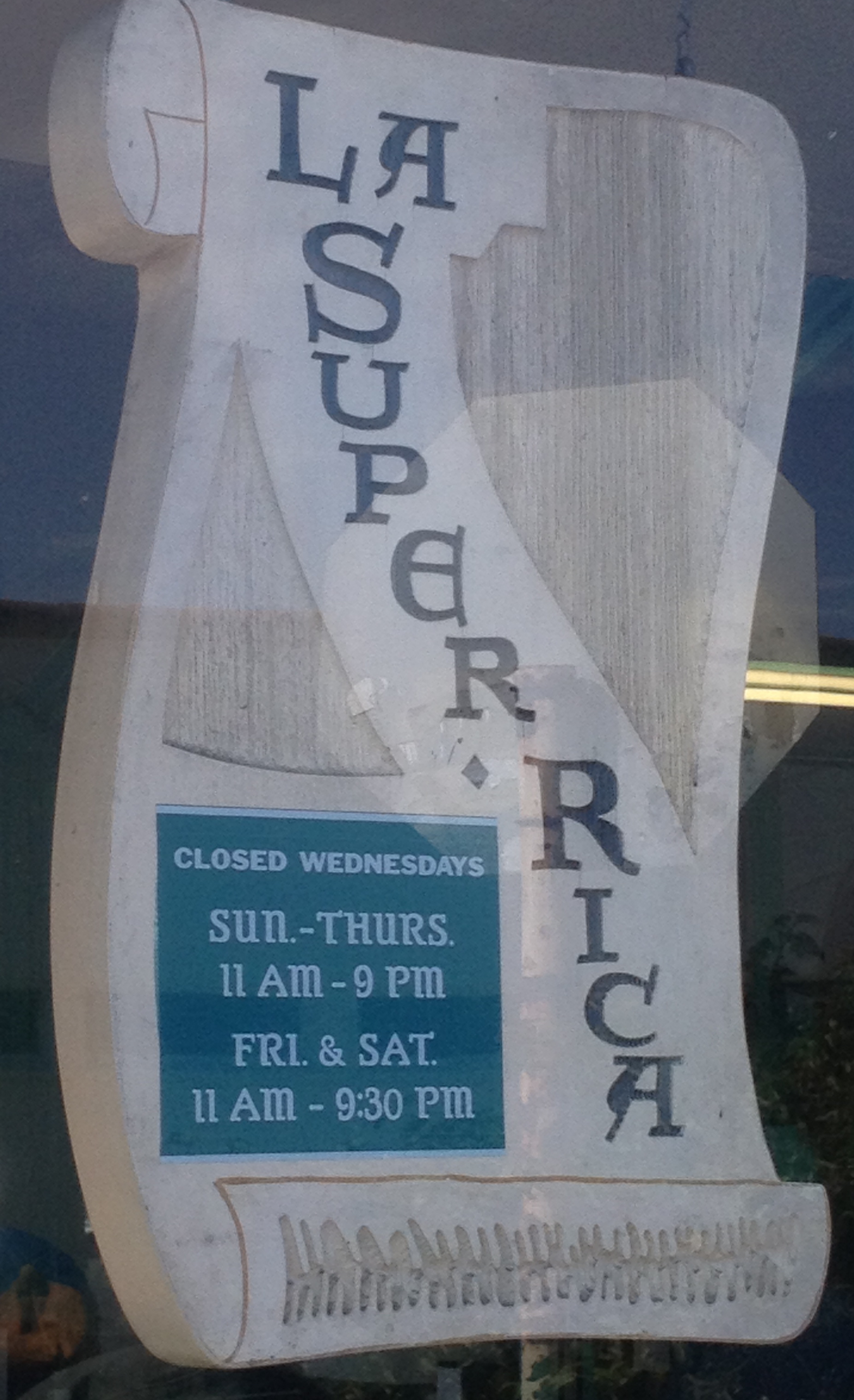 We’re in California this week preparing our next report on The Wines of Santa Barbara.  Heading north from LA yesterday, we stopped for lunch at the famous Super Rica Taquería.  This humble taco stand was one of Julia Child’s favorites, and we simply couldn’t resist making it our first stop.

Super Rica is no ordinary tacquería. There are lines of people outside the door waiting to be served—a good sign.   Looking through the window at the small kitchen, we immediately saw the food being made from scratch–it looked magnificent.  Tacos were being made to order by hand and served fresh off the grill with their fillings. 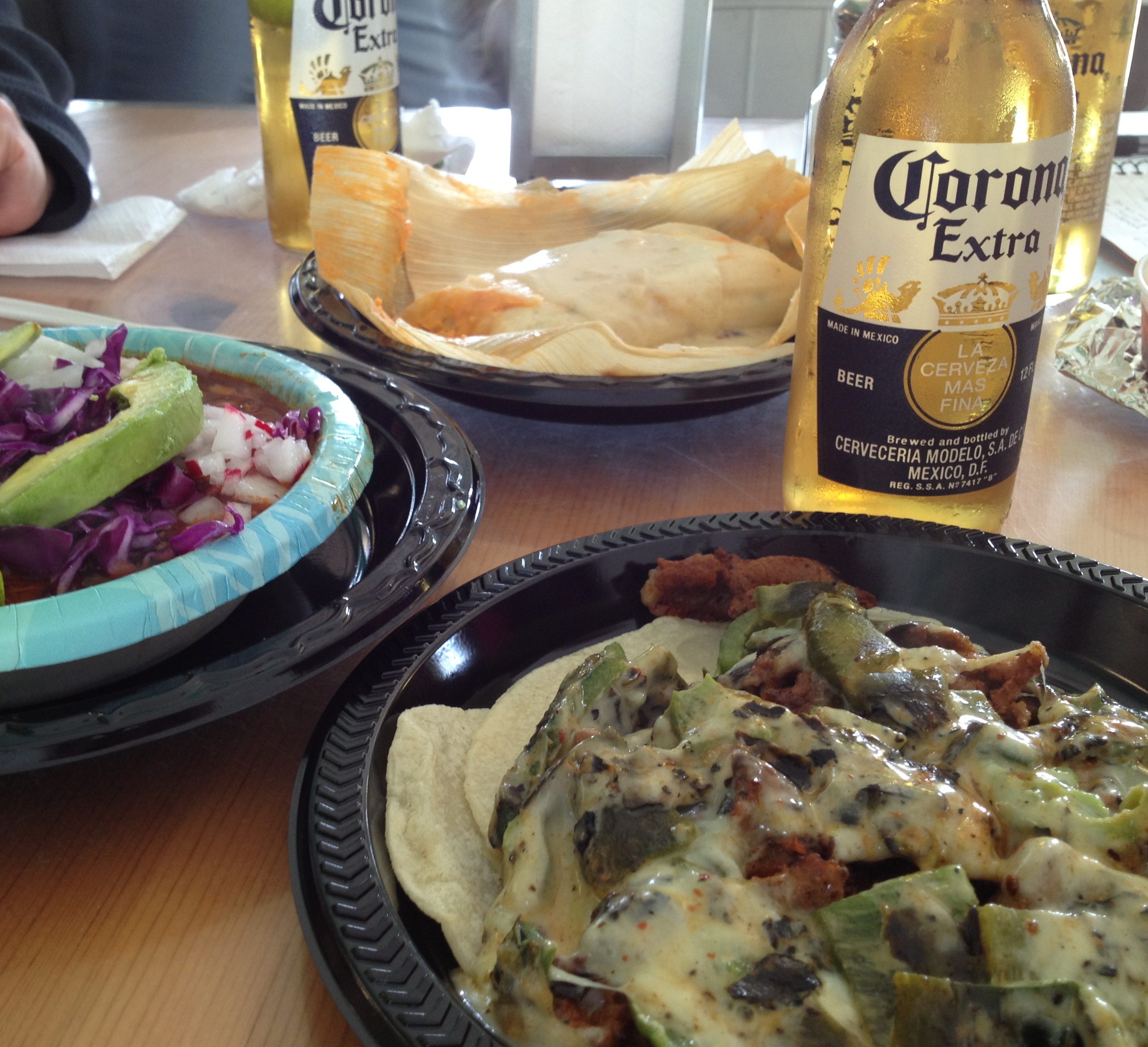 We choose our food from a posted men while standing in line. We settled on four superb dishes from the tantalizing menu: tamal de verduras, a delicate tamale filled with chayote, corn, zucchini, potato, chile pasilla strips, cheese and cream sauce; tacos de carne deshebrada, simple tacos filled with flavorful smoky shredded beef and served with avocado cream sauce; pozole estilo Jalisco, a rich and tasty dish of pork and hominy cooked in red chile sauce and garnished with onions, red cabbage and avocado; and chile relleno, a roasted pasilla pepper stuffed with delicious marinated pork and Monterey Jack cheese.  Each dish was a delight, simple, fresh tasting and rich in flavor. All went perfectly with Mexican beer, of course.

Super Rica will celebrate its 33rd anniversary in May.  Its owner is Isidoro Gonzalez an affable man who takes orders from behind the counter. A team of six energetic men and women cook in the tiny kitchen.  Super Rica hasn’t changed much over the years. After ordering your food, you have to look for a table and grab some plastic forks and knives. Your food arrives quickly and is served on paper plates.  You are in heaven, Super Rica style!