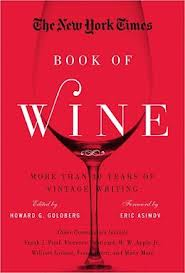 The New York Times and its wine writers have long contributed to the national wine discourse. One of its most prominent writers is Howard Goldberg, who began writing wine articles in the Times in the mid-1980s.  However, there have been many others—Frank Prial, Florence Fabricant, R.W. Apple, and, most recently, Eric Asimov, who has the Times’ chief wine critic since 2004.  Howard Goldberg has taken on the task of sifting through the wine articles published in the Times over the past three decades and assembled them in The New York Times Book of Wine, published last year by Sterling Epicure of New York.  The book includes over 150 of the best wine articles published by 28 different authors. 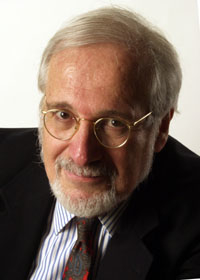 While there is an attempt to organize articles around themes—food and wine,sparkling wine, wine and restaurants, etc., the diversity of topics in this book is very wide, resulting in a vinous potpourri. For the wine lover, it’s like a kid entering a candy store with displays of canisters filled with colorful sweets.  Which article do I read first?  How can I stop after sampling just one? Indeed, the greatest pleasure of this book is to randomly select readings to explore the diversity of subjects, authors, and wines.  To those with an intellectual interest in the recent history of wine, reading this book is to rediscover the significant wine events and trends of the past three decades.

Reading this book also sadly reminds one that this type of wine journalism is rarely found today (aside from Mr. Asimov, of course). The 40 character Tweet and the pretty Facebook photo with a pithy phrase have replaced the newspaper wine columnist. While a plethora of bloggers have also appeared, their contributions are often narcissistic meanderings lacking the substance of the articles reproduced in this book.

This is a highly entertaining volume for those who still like to read the printed word.  Ironically, my only complaint is that it isn’t available in electronic form. This is the perfect book to keep on your iPhone or e-Reader to read while waiting for the bus or the subway or the dentist or the delayed flight. It’s not easy lugging around a 574 page volume that takes up half the allowable carryon weight allowance.

By the way should you be in a quandary as to where to start with this volume, why not start with Howard Goldberg’s personal favorite, Frank Prial’s “A Twilight Nightcap with Alistair Cooke”.  It begins on p. 479.