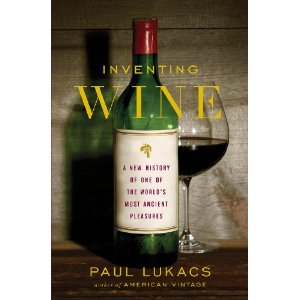 Is there any value added to yet another book on the history of wine? That’s a reasonable question to ask upon opening Paul Lukacs’ latest tome, Inventing Wine, published by W.W.Norton of New York. After all, this is a book that portends to describe the creation of modern wine from its beginnings in Transcaucasia some 8 thousand years ago. That’s a lot of history, and there are numerous, scholarly wine books that treat just one period–e.g., ancient wine–in great depth.

But Lukacs approaches his topic from a different perspective than other wine histories, most of which emphasize the technological improvements in wine making over time. Lukacs, instead, puts the emphasis on how the demand for wine has driven changes on the supply side.  This focus on the consumption of and demand for wine makes this a unique book well worth reading.

As Lukacs relates, for most of its history wine was of rather dismal quality–oxidized, sour, and tainted by the skins or barrels that held it. Yet it was often consumed in great volume throughout the day. On the other hand, today when wine quality is immeasurably better, consumption is much reduced. How does one account for such a seeming paradox? 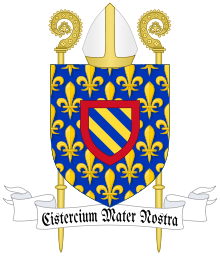 The answer seems to lie on the demand, not the supply side, of wine. Centuries ago in Europe there were few substitutes for wine. Water was often tainted; beer was bitter and spoiled quickly. The quality of wine was almost irrelevant–it could be diluted, doctored, and made passable. By the time of the Rennaisance the Cistercians, Benedictines and others were tending monoculture vineyards and producing wine of good quality, but it suffered greatly from transport and was available only to the elite. A little later and better beer was being made from hops and discoveries from the New World created more competition for wine: coffee, tea, and chocolate. About the same time distilled liqours in the form of brandy, rum, vodka and whiskey offered more potent and consistently reliable competition for wine. The demand for ordinary wine plummeted.

While other drinks were gaining popularity, wine underwent its own revolution. First, religious orders dedicated themselves to identifying the best plants and sites to grow grapes. Then vintners began experimenting with the use of sulfur dioxide to stabilize wines. This was followed by perhaps the single most important invention–the 17th century discovery by the English of how to make strong glass bottles, which when used with cork stoppers allowed for the aging of wine. Pasteur, Lavoisier, Fabroni, Chaptal and other scientists explained fermentation and the role of yeasts, sugar, and oxygen, thus providing the scientific basis for improvements in winemaking. Among other things, Pasteur’s discoveries led Champagne makers to add sugar and yeast to give a controlled secondary fermentation in bottle.

The demand for wine affected the type of wine produced. England and Holland, two countries that produced no wine of their own, played an especially important role. The English helped invent Champagne and Port, adding brandy to Douro red wines to improve stability during transport, and created the market for Bordeaux, while the Dutch invented brandy (brandewijn) and created the market for Loire Valley wines. The tastes of the English and Dutch played an outsize role in the development of wine and the kinds of wines we purchase and drink today.

The link between food and wine is only partly explored by Lukacs. He describes the 19th century French invention of the modern restaurant with its wine list. However, the larger question of how food has affected the development of wine and vice-versa remains terra icognita. Wine in many parts of the world remained low in quality well into the 19th century and was often viewed as more a necessity than a choice. Italian and Spanish wines had especially poor reputations; Ricasoli in Chianti and Murrieta and the Marqués de Riscal in Spain introduced reforms that gradually took hold, but the changes introduced were influenced more by Bordeaux than by any desire to make a wine well-suited to the local cuisine.

Lukacs’ book ends with a discussion of the tremendous technological improvements in winemaking over the past century, many of which are due to research carried out by Emile Peynaud at the University of Bordeaux and his counterparts in other countries, including Winkler and Amerine at the University of California. Numerous changes both in the vineyard and the winery–clonal selection, harvesting ripe fruit, fruit selection, temperature controlled fermentation, cold soaking, etc.–continued to raise quality, especially of vin ordinaire.

Published research, international winemakers, and global wine markets have led to the globalization of wine, the wine world’s latest revolution.  And globalized wine, or as Lukacs calls it, flamboyant wine, has become the latest controversy in the wine world, along with new technologies like spinning cones, vaccuum evaporators, and micro-oxygenation. Some winemakers and critics philosophically object to globalized, flamboyant wines and some of the techniques used to create them, labeling them manipulated winemaking. But these changes are arguably responses to globalized tastes (influenced perhaps by high ratings given by wine critics).  The anti-globalists argue that multinational companies perpetuate this trend, to the disadvantage of the independent, artesanal winemaker. Looking back at the history wine, Lukacs argues the sale, and to some extent the production, of wine has always been dominated by merchants most interested in their bottom lines, and that is unlikely to change now or in the future.