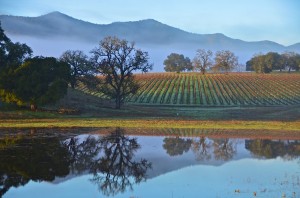 Late this summer, we spent a week meeting winemakers, tasting wines, and visiting some of the special vineyards of Paso Robles to prepare our Report # 33: The Wines of Paso Robles.  Margarita Vineyard, home to Ancient Peaks Winery, is one of the most unique vineyards we visited. It’s unique in terms of geology, terroir, history, and the quality of grapes it produces.  See selected wine reviews at the end of this article.

Driving around the historic 14 thousand acre Santa Margarita Ranch with Ancient Peaks winemaker Mike Sinor, one gains an appreciation for the vast beauty of this land as it existed when the Chumash Indians lived there–before the establishment of the Asistencia mission by Padre Juan Crespi in 1769; before it served as a place for Alta California’s last governor, Pio de Jesus Pico, to plot his strategy in the losing conflict with invading United States forces; and before Robert Mondavi developed the southernmost and coolest vineyard in the Paso Robles appellation in 1990.  Today the Santa Margarita Ranch is home to the 900 acre Margarita Vineyard, which provides fruit to Ancient Peaks and several other wineries. 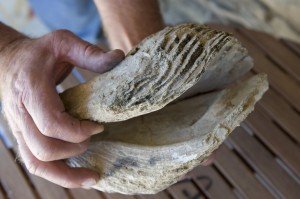 Margarita Vineyard has a unique and colorful geologic history marked by the violent meeting of the continental and Pacific plates, which has created an unusually diverse mix of nutrient poor flaky shale, volcanic deposits, decomposed granite, sedimentary eroded stone, and, most interestingly, ancient sea bed soils. The most spectacular part of the vineyard is a block called Oyster Ridge where the ground is white with ocean fossils, and giant prehistoric oysters can be found near the soil surface.  These ancient crustaceans give the soil a high pH profile not unlike the limestone soils found in many of the world’s best grape growing sites. 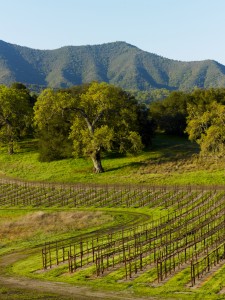 Located just 12 miles from the Pacific Ocean, the vineyard is protected from the cold fog and wind by the Santa Lucia Mountain Range.  Low spots in the range provide a gateway for marine air to be sucked in by the rising warm inland air, cooling the warm summer temperatures and extending the growing season, thereby permitting grapes to slowly mature to phenolic ripeness.

Arrival of the Vine.  While Chumash Indians lived in this area for thousands of years, the grape vine arrived with Father Junipero Serra’s Franciscan priests. In 1787 the Santa Margarita de Cortona Asistencia was established by Padre Juan Crespi, and grapes were planted shortly thereafter.   The grape was undoubtedly the hardy Mission grape planted elsewhere in California. 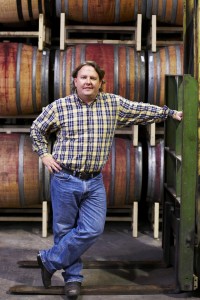 But the vine really arrived in 1990 when Robert Mondavi entered into a long term lease with the ranch owners to develop a 900 acre, state of the art vineyard.  When Constellation acquired Mondavi wines, it sold the lease back to the ranch owners, who established the Ancient Peaks winery in 2006. Ancient Peaks uses only about 20 percent of the crop, with the remainder sold to J Lohr, 4 Vines, Cypher, Treana, and other leading wineries of Paso Robles. The vineyard practices sustainable viticulture—deficit irrigation (RDI), natural cover crops, wildlife corridors, compost tea fertilizers, use of natural predators, etc.—and is sustainably certified (SIP) by the Central Coast Vineyard Team (CCVT).

Ancient Peaks Wines.  Ancient Peaks makes several single varietal wines, most of which are very reasonably priced given their quality. In addition, it makes two excellent red blends. The Oyster Ridge is a Cabernet Sauvignon based blend aged in mostly new French oak barriques for 24 months. The Renegade is an interesting blend of Syrah, Malbec, and Petit Verdot aged in both American and French oak.  Our tasting notes on those two wines follow.  All other tasting notes are in Report # 33 The Wines of Paso Robles (to be published mid-October) and in our searchable, on-line database.

Ancient Peaks 2010 Renegade Paso Robles ($23) 90 This blend of 51% Syrah, 25% Malbec, and 24% Petit Verdot reveals blackberry and a hint of charred oak on the nose and a lush, fleshy palate of delicious dark fruit and savory notes, finishing with minerals and quite dry tannins.  Aged 16 months in French and American oak, 1/3 new.