The Wines of Turkey: New Releases from Kayra 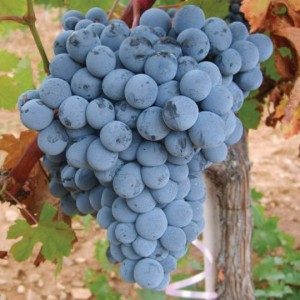 Turkey is the fourth largest grower of grapes in the world, although only a tiny portion makes its way into wine.  A still smaller amount of premium Turkish wines make their way to America, so we jumped at the chance to taste the Kayra 2009 Vintage Öküzgözü and the Kayra 2006 Imperial red blend. These wines are produced by Mey, the recently (2004) privatized state spirits company originally established during the Ottoman empire, and imported to the US by the Maritime Trading Collective of San Francisco CA.  Our reviews can be found at the bottom of this article.

The vineyards that produce these wines are located in the upland region of the Taurus Mountains of Eastern Anatolia, the birthplace of wine over 6 thousand years ago. More precisely, they are located in Elazığ in Eastern Anatolia at altitudes of 850-1100 meters in soils of chalky clay and decomposed granite. 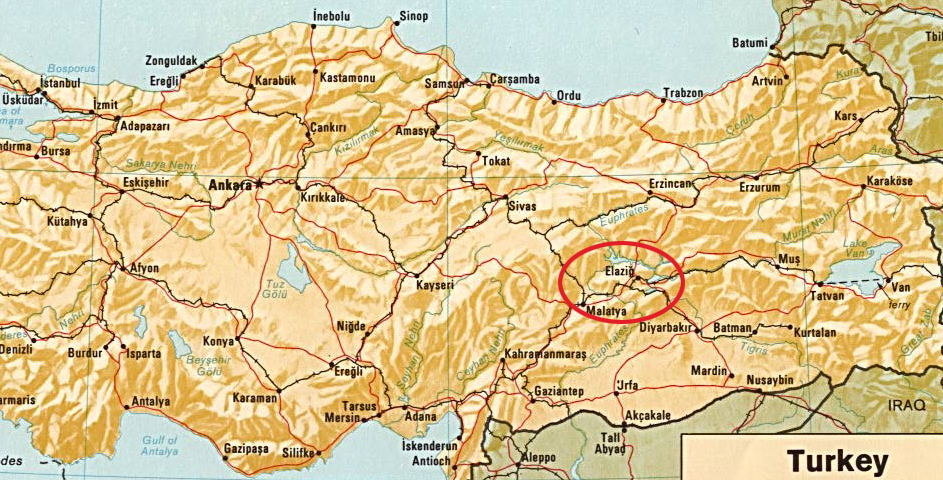 The grapes used to make these wines are both indigenous Anatolian (Öküzgözü, Boğazkere) and French (Syrah, Petit Verdot) varieties. The Öküzgözü (literally, “eye of the bull”) grape is indigenous to Eastern Anatolia, more specifically, to Elazığ province. It has large black berries and ripens late, producing red wines of high acidity, and moderate tannins.  The Boğazkere grape is medium-sized and thick skinned. More tannic and yielding dark-colored wines, it’s native to Diyarbakır province where its grown as a bush vine. Taken together, the Öküzgözü and Boğazkere varieties are the workhorses of Turkish wine. 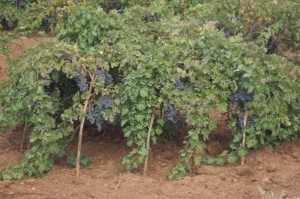 The winemakers for the following wines are H. Emre Adem and Daniel O’Donnell. They may be crafting wine in the world’s oldest winemaking region, but their methods are decidedly modern—cold soaks, whole berry fermentation, extended skin contact, and aging in barriques.

Kayra 2009 Vintage Öküzgözü Elazığ ($19) 89   This single vineyard 100% Öküzgözü reveals toasted oak with exotic clove spice and hints of cacao on the nose.  It’s a nicely balanced with good acidity, dark mulberry and cherry fruit, and hints of tobacco, mint and coconut, especially on the lingering finish. It easily carries its 14.5% alcohol. Aged 16 months in American and French oak.

Kayra 2006 Imperial Elazığ ($24) 91  The Kayra Imperial is a blend of free run juice from four different grapes grown in four different regions: 80% Öküzgözü from Elazığ, 7% Syrah from Denzil, 7% Petit Verdot from Aydin and 6% Boğazkere from Diyarbakir.  The wine is highly aromatic with scents of herbs, violets, fresh dark cherry, and toasted oak. It has a silky mouth feel, nice round tannins, rich black licorice and dark cherry flavors, and residual coconut flavors on the finish. Half whole berry fermented and aged 12-18 months in fine-grained French barriques, partly sur lie.