ECONOMISTS REVISIT THE JUDGEMENT OF PARIS IN PRINCETON

At its annual conference in Princeton, New Jersey, last week the American 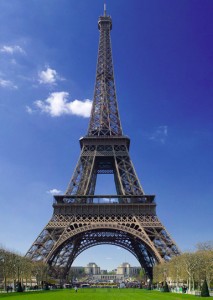 Association of Wine Economists [AAWE] organized a wine tasting called “The Judgement of Princeton” patterned after the famous 1976 “Judgement of Paris”. Of course, as anyone who has watched the film about the Paris tasting knows, California wines won out over much more famous French wines even though almost all the reviewers were French. Of course, economists Orley Ashenfelter and Richard Quandt subsequently demonstrated that statistically speaking neither California nor France won that tasting.

In a tongue-in-cheek repeat of the 1976 contest, Ashenfelter, Quandt, and other members of the AAWE organized a formal, blind tasting between the wines of New Jersey and the wines of France keeping the structure of the tasting as similar as possible as that of the original Paris contest. The nine judges included a mix of established wine critics and wine economists who are also experienced tasters.

However, just as with 1976 tasting, submitting the judges’ scores to a more

This entry was posted in Countries and Regions, France, Markets, Wine Articles and tagged Economics, Paris, Princeton. Bookmark the permalink.

3 Responses to ECONOMISTS REVISIT THE JUDGEMENT OF PARIS IN PRINCETON