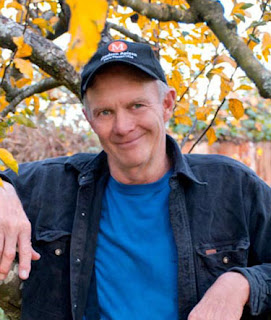 Laurel Glen Vineyard is widely recognized as one of Sonoma’s top producers of Cabernet Sauvignon. The winery was founded in the late 1970s by Patrick Campell (pictured here), a fastidious grower and winemaker who until recently crafted the wines at this 16-acre estate on Sonoma Mountain. Patrick and the new proprietor of Laurel Glen, Bettina Sichel, recently celebrated the 30th anniversary of Laurel Glen, leading us through a vertical tasting of fifteen selected vintages from 1981 to 2006. As our tasting notes below show, the wines have changed considerably over time due both to changes in wine making, a warmer climate, and more mature fruit. After the tasting we sat down with Patrick to discuss the wines and his Laurel Glen experience in more detail.

The 800+ foot high Laurel Glen estate vineyard lies on a southeast-facing slope, the western-most point for growing Cabernet Sauvignon in Sonoma. Sitting above the marine fog layer, the vineyard enjoys generally moderate temperatures during the growing season. The soils are a mixture of ancient marine deposits overlain with volcanic material. There’s good drainage and low vigor resulting in low yields of two to three tons an acre. The vineyard is planted 100% to the Laurel Glen Cabernet Sauvignon, a UC Davis certified clone. The combination of high altitude, eastern exposure, even temperatures, and low yields translates into a Cabernet Sauvignon that matures at lower brix with lower alcohol, higher natural acidity, and greater affinity for food than the blockbuster Cabs produced elsewhere in California. 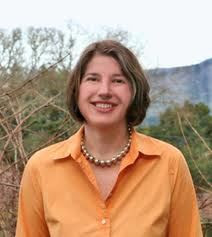 From the outset in 1981, the wines at Laurel Glen Vineyard have been crafted with minimal handling and using gravity flow whenever possible. Vineyard lots (10 on average) are vinified in stainless steel using native yeast and aged for 22 to 24 months in 50 to 60% new Taransaud French oak barrels.

Earlier this year Patrick Campell decided to direct his attention to other wine ventures and sold Laurel Glen to Bettina Sichel and a group of investors. Bettina, herself, is from a wine family and most recently was director of marketing for Quintessa Winery in Rutherford. Bettina hopes to continue and enhance upon the rich tradition of Laurel Glen. Towards that end she has brought on Phil Coturri as viticultural consultant, Randall Watkins as winemaker, and David Ramey as consulting winemaker. We can’t wait to see how Laurel Glen Cabernet Sauvignon continues to improve under their guidance.

The wines of the 1980s are in their final stage of development. However, the 1981, 1985 and 1986 vintages are interesting to taste because they were crafted following an academic prescription of high (added) acidity and low pH (< 3.6). Our tasting of the 1980s vintages began with the 1981 Cabernet Sauvignon, Laurel Glen’s first commercial vintage. The 1981 exhibited a youthful ruby purple color, although the wine itself shows its age with dominant earth, herbal and secondary aromas that carry over to the palate along with faint red fruit notes. The 1985 Cabernet Sauvignon has a rich opaque ruby color and reveals aromas of wet earth and forest floor with more plum-like fruit and a surprisingly firm tannic structure. Served out of a magnum, the 1986 Cabernet Sauvignon was probably the best wine of the five tasted from the decade. It is a pleasant wine with dark red fruit and somewhat muted forest floor notes on a harmonious, velvet-like palate. The 1989 vintage was a difficult one, and the 1989 Cabernet Sauvignon shows good weight and texture with mostly earth, sandalwood, and stem-like aromas and flavors.

In the 1990s Patrick changed his winemaking approach and like the Bordelais began picking fruit at sugar levels to achieve 13-13.5% alc. and then de-acidified the wines to achieve balance. Generally speaking the wines of this decade taste surprisingly youthful, with ripe fruit, good balance and overall refinement and elegance. The wines at the end of the 90s tend to be riper tasting and more lush reflecting higher alcohol levels.

The 1991 Cabernet Sauvignon revealed a noteworthy change from the 1989 vintage in terms of its fruit and balance and overall freshness, despite some residual earth and herbal notes. The 1992 Cabernet Sauvignon is an outstanding wine and reflects the high quality of the 1992 vintage in California. It is ripe and beautifully balanced with notes of blackcurrant, chocolate and toast. A delicious wine, it reveals a soft texture, firm tannins and a long finish. It’s one of the best wines of the decade. The 1993 Cabernet Sauvignon Reserve is only one of three reserve wines ever produced by Laurel Glen. It was designated a reserve because of the very special qualities of the grapes picked from a particular vineyard parcel. Dark ruby in color, it is a small but significant step up in fruit quality from the 1992 vintage. It is flavorful and silky in texture, very refined and beautifully sculpted with a very long finish. The 1994 Cabernet Sauvignon doesn’t measure up to the quality of the 1993 Cabernet Sauvignon Reserve but is very flavorful. It offers ripe blackcurrant fruit with earth notes, soft round tannins, and a long finish.

The two stars of the decade are the 1996 and 1998 vintages. The 1996 Cabernet Sauvignon is refined and silky on the palate with a combination of ripe cassis fruit and toasted oak, soft round tannins and perfect balance. It’s a memorable vintage but one that apparently has taken time to come around. The 1998 Cabernet Sauvignon is probably even better than the 1996, exhibiting beautiful ripe fruit with complex and layered flavors, notes of toast and tobacco, firm tannic grip, and outstanding balance. While 1998 was a difficult vintage because of the different levels of ripeness among the various blocks, it produced an outstanding bottling. Dark ruby to the core, the 1999 Cabernet Sauvignon Reserve is a dense, ripe wine revealing loads of cassis and blackberry fruit with touches of herbs and cacao. It is soft and mouth filling and refined and elegant on the palate. In retrospect, it presages the next era of riper and more fruit-driven wines at Laurel Glen.

In the late 1990s and into this decade, Laurel Glen wines, like those of many California producers, are generally riper compared with previous years. Sugar levels are higher, acidity lower and alcohol as high as 14.5%. The older and somewhat leaner wines have given way to more fruit forward, lush wines that are more typical of the California style of Cabernet Sauvignon. However, as Patrick Campbell points out, Laurel Glen wines bear a Sonoma Mountain imprint and, “the deep core of mountain fruit, acid backbone and balance stiil are the hallmarks of the wines.”

The 2001 Cabernet Sauvignon exhibits an opaque ruby color and has dense, ripe black fruit flavors with chocolate nuances. It is beautifully balanced, has exceptional depth and length and still possesses youthful tannins. This is an opulent wine from one of the top vintages of the decade. The 2002 Cabernet Sauvignon is rather atypical of the wines of this era; it is not as big and opulent as the 2001 and reveals lots of red cherry fruit and tannic grip. The 2005 Cabernet Sauvignon is showing beautifully today. Opaque ruby in color, it reveals ripe blackcurrant fruit flavors and hints of toasted oak. It is beautifully balanced and elegant with round firm tannins and a persistent finish. This wine is one of our absolute favorites and may still be available in some retail stores. The 2006 Cabernet Sauvignon is Laurel Glen’s current release. It is still rather tight at this stage of development, although it reveals light fruit flavors, elegance and refinement. Since 2006 was a superb vintage, this wine can be expected to flesh out beautifully over the next 3 to 5 years and possibly longer.