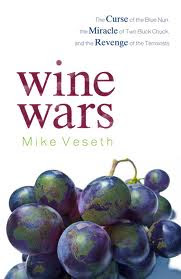 Mike Veseth’s latest book Wine Wars [Bowman and Littlefield, 2011] gives an economist’s perspective on the globalization of wine. The conflict he writes about is that between the globalists and the terroirists; between mass-produced and handcrafted wines; between the large multinational corporation and the small, family winery; between the wines that critics love and those that consumers purchase. 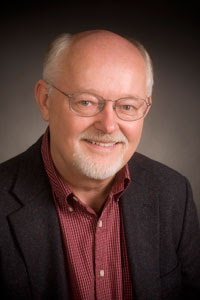 Veseth brings the thinking of an economist to these issues. Fortunately, he doesn’t write like an economist. Anyone familiar with his blog The Wine Economist already knows that he writes about wine markets in a way that non-economists can easily understand. Reading the book, I kept thinking about Freakonomics, another popular book where Steven Levitt and Stephen Dubner use the principles of economics to explore and explain a variety of social phenomena in a way that anyone can understand. Mike Veseth does the same thing but focused on the wine industry.

Of course, any economist believes that incentives are a powerful factor explaining changes in the marketplace. Prices, costs, and profits all go a long way towards explaining why the globalization of wine has been so successful. They explain why producers ship wine in bulk between countries, why importers and distributors invest in brand names, why the typical supermarket wine shelf is made up of many wines owned by very few producers.

As Mike Veseth shows, government policies and regulations seriously affect incentives and, thus, influence the shape of the wine market and the wine industry. Prohibition and the lingering Calvinistic attitude towards alcohol has created a heavily regulated wine market in America that by and large limits competition and choice in wine and works to the disadvantage of the small, family winery. As with all regulations, they create special interests that are well organized and work to prevent changes in the status quo.

While the war between wine globalists and terroirists is the central theme of Wine Wars, it’s also an organizing device that allows the author to explore a wide variety of interesting questions. Why do the British mostly purchase the house brands of large supermarkets like Tesco? Why does the German discount chain Aldi almost exclusively sell very inexpensive plonk, while the American discount chain Costco sells some pretty upscale stuff? Why can Trader Joe’s sell Two Buck Chuck but Safeway can’t? The answers to these questions illustrate how each country’s institutions affect the outcomes of the globalist vs. terroirist conflict.

And what about the future of wine in a globalizing world? Like any good economist, Veseth hedges his bets. But the terroirists appear to be on the defensive. The limited supply of truly special terroir combined with a growing, prosperous global population (especially, China and India) inevitably translates into exploding prices. The conversion of terroir driven wines into luxury goods may benefit the current owners of special vineyards, but also means that in the future only the truly rich will be able to afford them. Indeed, already many wine lovers have given up on the idea of buying 1st growth Bordeaux futures.

Climate change is, of course, the great unknown in predicting the future. Vineyards that have for centuries been regarded as unique terroir producing special wines may be come less so. On the other hand, climate change may result in new unique terroir and new varietals being produced in today special vineyards. All we know is that wine markets will continue to change, perhaps ever more rapidly, and yield the fodder for another book by Mike Veseth.

This entry was posted in Book Reviews and tagged Mike Veseth. Bookmark the permalink.