Pinot Noir of Patagonia: Chacra and "Food and Wine"

Bodega Chacra makes Argentina’s finest Pinot Noir from some of Patagonia’s oldest vineyards in the Río Negro Valley. In preparation for our just released report The Diverse Wines of Argentina, we traveled to Río Negro to learn more about Chacra. We aren’t the only ones to discover the Pinot Noir of Chacra. The current issue of “Food and Wine” magazine also has an article on Chacra.

The story behind Chacra and its relation to Noemia is a fascinating one. Food and Wine gives all the credit for the wine to owner Piero Incisa della Rocchetta (of the Tuscan family that created Sassicaia). Unfortunately, the name of the individual who first discovered the vineyard and makes the wine for Piero isn’t even mentioned. 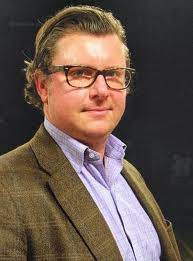 Born in the wine country of Stellenbosch, South Africa, Hans Vinding-Diers has wine in his veins. He is the cousin of Peter Sisseck of Pingus and has made wine in South Africa (Rustenberg, Finlaysons), Australia (Tyrells), Hungary and France. In 1998, Río Negro’s oldest winery, Humberto Canale, asked him to help improve their winemaking.

Among the wines he helped make was a Pinot Noir from Canale’s estate vineyards. Hans and his partner, the countess Noemi Marone Cinzano, fell in love with Patagonia and began searching for the perfect vineyard to make their own wine. They finally found an old, semi-abandoned, self-rooted (pie franco) vineyard in the Valle Azul, about a half hour’s drive south of Río Negro’s principal city of General Roca. They purchased it and renamed it Noemia. The wines that Hans crafts from Noemia’s vineyards are among the elite Malbecs of Argentina. [See our tasting notes in the just released Report #26.]

Adjacent to the Malbec vineyard that Hans and the Countess rehabilitated were two old blocks of Pinot Noir, one planted in 1932 and another in 1955. Piero, who is a cousin of the Countess, had tasted the Pinot Noir Hans had made for Canale and realized the potential of the region for making excellent wines from this difficult grape. In 2004 he purchased the old 1932 Pinot block and the following year the 1955 block and began the work of renovating them. The first wines were produced in 2006. Today, Hans makes the wines for Piero. We tasted the wines with Piero prior to our trip, and while in Río Negro we tasted three wines from the 2009 vintage: Barda, Cincuenta y Cinco, and Treinta y Dos. We gave the 2009 Treinta y Dos Pinot Noir the highest rating ever for a Pinot Noir from South America. [See our tasting notes in Report # 26].

On our recent trip to Patagonia, Oscar Ruben Ferrari, general manager of Noemia, took us on a tour of the Noemia and Chacra vineyards. What is striking about the vineyards is they are so successful while rejecting the conventional wisdom. The vineyards use flood irrigation using the canals constructed one hundred years ago rather than more modern drip irrigation. The water table is high, just 3 meters below the surface. And, instead of being poor, thin hillside soils, the land is deep alluvial clay. Hans and Piero have managed to craft some of Argentina’s most special wines from a most unlikely place.