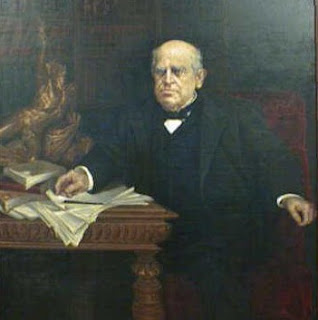 Elected President in 1868, Domingo Sarmiento is the father of the Argentine public education system. He also played a catalytic role in the development of Argentine wine, thanks to Chile and Napoleon. Politically active in a time of great turmoil in Argentina, Sarmiento spent several years in exile in Chile prior to being elected President. While there he created and became director of Chile’s first teacher training institution, the Escuela Normal de Preceptores, in 1842. He also was an active member of Chile’s Sociedad Nacional de Agricultura and was instrumental in creating the Quinta Normal de Agricultura in 1841. It was in this context that he came to know the French agronomist Miguel Aimé Pouget. Pouget was himself a political exile, a Republican who fled France after Napoleon’s putsch of 1852.

With the advice of Sarmiento, the Governor of Mendoza in 1853 created the Mendoza Quinta Normal de Agricultura and named Pouget as its first director. Pouget arrived in Mendoza bringing samples of European varietals from Chile, probably including Malbec. While the Quinta Normal had a short life, Pouget remained in Mendoza his entire life tending his vineyard and teaching viticulture.

Sarmiento meanwhile moved to Buenos Aires and became chief editor of the national newspaper El Nacional. In 1862 he returned to his birthplace, San Juan, where as Governor he created the San Juan Quinta Normal de Agricultura and, also, passed Argentina’s first law mandating that all children attend primary school. In 1868 he was elected President of the nation and left his most important legacy as Argentina’s “education President”. But Argentine wine lovers are more likely to remember him as the “President of Wine”.

Much more on the history of wine in Argentina in Report # 26 The Diverse Wines of Argentina. Also, see our articles on Torrontés, Late Harvest Malbec, and several earlier blogs as well as articles on our web site.

This entry was posted in Argentina, Wine Articles and tagged Sarmiento. Bookmark the permalink.