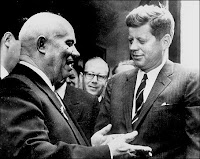 In June 1961, the young American President John Kennedy held a summit with Soviet Premier Nikhita Khrushchev in Vienna. Among the wines they used to toast each other was Gumpoldskirchen Königswein, a wine produced in the village of Gumpoldskirchen, located just 20 km south of Vienna bordering the Vienna Woods (Wienerwald). It was perhaps Austria’s most famous wine in 1961, having also been served at the wedding of then Princess Elizabeth and Prince Philip in 1947. It was also a favorite wine of the Habsburgs and has an illustrious past dating back several centuries. But in 1985 German inspectors discovered that a few, low-end Austrian producers were adding diethylene glycol to make their wines appear more full-bodied and sweeter. The result was a 90 percent drop in Austrian wine exports. The scandal hit Gumpoldskirchen especially hard.

Today Gumpoldskirchen has largely recovered, and as part of our tastings and travel to Austria we have had the opportunity to taste the wines of a number of the more important producers of the area—Johanneshof Reinisch, Freigut Thallern, Schellman (Fred Loimer), and Spaetrot Gebeshuber GmBH, Karl Alphart, and Johann Stadlmann. Stadlmann is reputed to make the very best Zierfandler from his Mandel-Höh Vineyard located just below the Vienna Woods.

One thing these producers have in common is the unique and ancient indigenous varietals that they cultivate. The Gumpoldskirchen wine district is home to Rotgipfler and Zierfandler. Indeed, these two varietals are grown nowhere else. And they make magnificent wines, either as single varietals or, more commonly, when blended together (in which case the wine is typically called Späetrot). When produced within the district boundaries, the wine is called Gumpoldskirchen Königswein (the King’s Wine), the wine of Kennedy and Khrushchev and Queen Elizabeth. [Shown here, our photo of the famous Gumpoldskirchen village church as seen from Stadlmann’s Mandel-Höh vineyard.]

We’ll be reviewing these wineries and their wines in our upcoming report on the Wines of Austria. Suffice it to say that we were extremely pleased by what we found. Thanks to Bill Mayer (Age of Riesling), Monika Caha (Monika Caha Selections), and Sariya Jarasviroj Brown (Circo Vino) for pointing us in this direction.

This entry was posted in Austria and tagged Gumpoldskirchen Königswein. Bookmark the permalink.