Kistler Chardonnay: A Review of the 2018 Portfolio

Steve Kistler founded his eponymous, Sonoma winery in 1978 and produced his first vintage in 1979.  Although he was not the first Californian to make single vineyard Chardonnays, his carefully crafted wines from meticulously farmed (and seldom irrigated) vineyards fermented in small oak barrels paved the way for today’s caravan of Sonoma Chardonnays.  Kistler’s Chardonnays quickly found favor with Robert Parker, who wrote in the Wine Advocate, “If the Kistler Winery could be magically transported to the middle of Burgundy’s Côte d’Or, it would quickly gain a reputation as glorious as any producer of Burgundy grand crus.”  Kistler’s wines became the most sought-after Chardonnays in America. Even today, when many winemakers have adopted Kistler’s winemaking philosophy, Kistler Chardonnays are highly allocated and mostly sold through a mailing list. END_OF_DOCUMENT_TOKEN_TO_BE_REPLACED 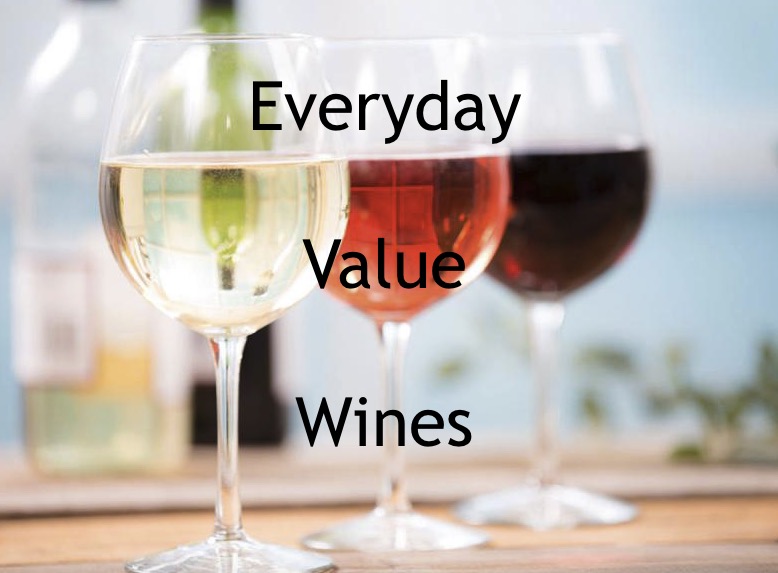 Most American consumers purchase wines that cost less than $20/bottle. In this article, we review inexpensive wines that we have recently tasted.  Many of them offer very good value.  They include wines as varied as Carménère and País from Chile, Malbec from Argentina, Garnacha from Spain, and Chardonnay, Pinot Noir and Zinfandel from California.  If you wish to spend a little more and drink the very best, watch out for our forthcoming report on California Chardonnay. END_OF_DOCUMENT_TOKEN_TO_BE_REPLACED

The Sonoma Coast Pinot Noirs of Ross Cobb: The 2018 Vintage 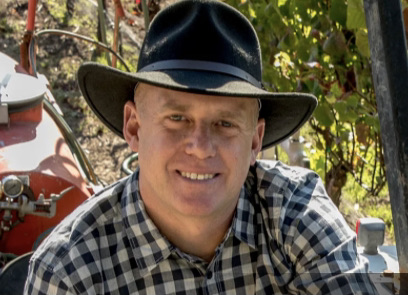 Winemaker Ross Cobb, who founded Cobb Wines with his father David in 2001, is a product of his father’s Sonoma Coast ‘Coastlands Vineyard’, as much as the grapes that are grown there. His father planted the vineyard in 1989, looking for a place to grow a more complex and graceful style of Pinot Noir, and Ross embraced his father’s mission. After valuable experience as a viticulturist and enologist at Williams Selyem and Flowers, he has established himself as a specialist in cultivating and crafting a unique style of Pinot Noir at Cobb Wines:  elegant, soft, subtle but concentrated and complex low-alcohol wines that have structure and truly express the nuances of their particular site within the Freestone Occidental subregion of the west Sonoma Coast. Ross also makes small quantities of Chardonnay from this area and Riesling from Mendocino/Anderson Valley. Reviews of Ross’s Chardonnays will be included in our upcoming issue on Sonoma County Chardonnay and the following is look at his 2018 Pinot Noir releases. END_OF_DOCUMENT_TOKEN_TO_BE_REPLACED 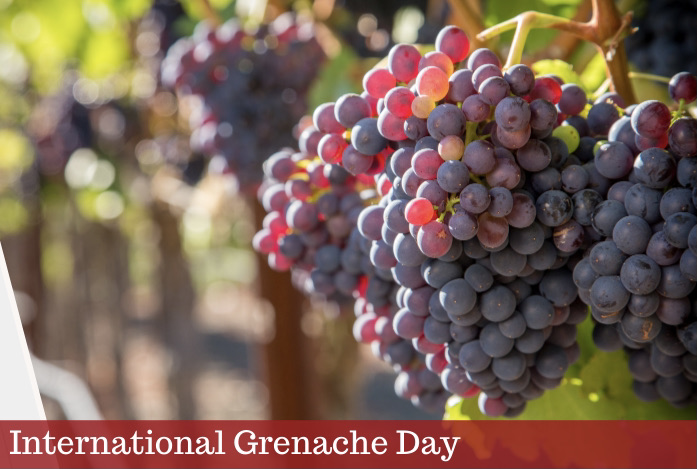 The International Wine Review is passionate about Grenache, and we join others in celebrating International Grenache Day on the 3rd Friday of September.  Over the years, we have prepared three major reports on Grenache focused on the growing importance of this variety and the emergence of high quality, Grenache-based wines in wine-growing regions around the world.  While Grenache has remained a workhorse grape in some areas, it has steadily improved thanks to new talented winemakers and growers.  In each report we   recommend the many exciting Grenache wines being produced by both small and large producers.

With our celebration of International Grenache Day, we are offering readers a FREE copy of our most recent report on The Revival of Garnacha in Spain.   If you are interested, go to www.i-winereview.com and sign up for the IWR newsletter, and we will send it to you.  Other reports are available for $25 on www.i-winereview.com END_OF_DOCUMENT_TOKEN_TO_BE_REPLACED

Wrath is a small artisanal winery located along the foothills of the Santa Lucia Highlands in the Monterey AVA.  It crafts  high quality premium Pinot Noir Chardonnay, Syrah and Sauvignon Blanc from its own 72-acre San Saba Estate Vineyard and vineyards in the Santa Lucia Highlands.  Production is small and distribution is limited.  Winemaking is in the hands of the talented Sabrine Rodans.  In this article, the IWR reviews Wrath’s new releases, which readers will surely enjoy.  We have been following the success of Wrath over the years including tastings with Sabrine at the winery. END_OF_DOCUMENT_TOKEN_TO_BE_REPLACED 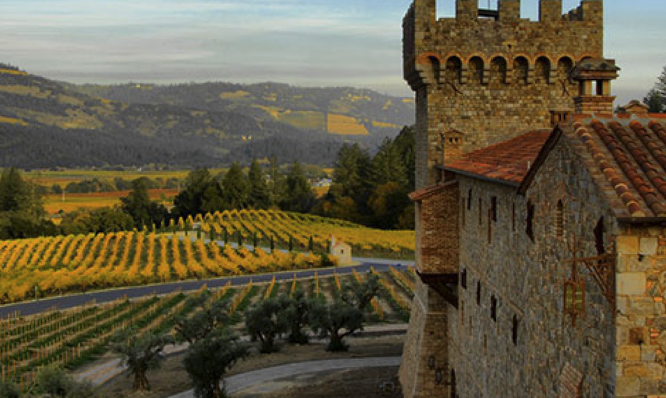 Napa Valley tourists may be attracted to the Castello di Amorosa by the faux 13th century Tuscan castle with moat, torture chamber, and several hundred feet of elaborately carved underground wine caves.  A much better reason, in our opinion, is to taste the excellent, growing portfolio of wines made by Brooks Painter, Director of Winemaking.  Consistent with its Tuscan image, the Castello’s portfolio includes Sangiovese.  It’s one of the few wineries in California to have achieved success with this variety. We review the latest releases below.  These wines are only available at the winery or online. END_OF_DOCUMENT_TOKEN_TO_BE_REPLACED 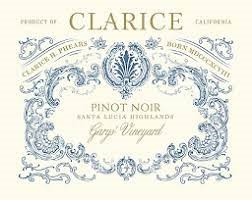 Adam Lee continues on a roll with his Clarice wines.  The 2019 vintage produced somewhat riper and earthier wines than previously, but all three are first-rate and tasting great.  As in our review of the 2018 vintage, we found it difficult to identify which of the trio we liked best.  Readers will note, we have rated the Garys’ Vineyard and Rosella Vineyard Pinot Noirs slightly higher than the Santa Lucia Highlands blend, However, you be the judge.  If you are a Clarice Family Member you will have the chance to compare these three lovely bottlings.  If you haven’t become a member yet, now is your opportunity.  Our assessment of the wines follows. END_OF_DOCUMENT_TOKEN_TO_BE_REPLACED 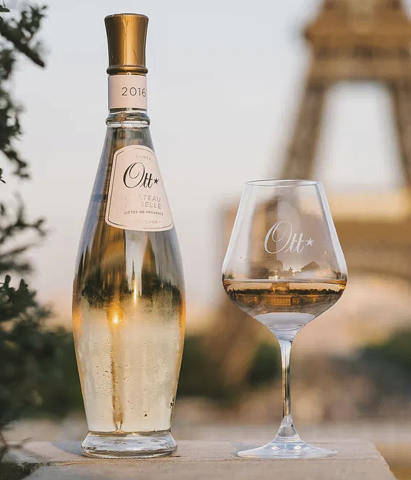 In this year’s annual rosé report, the International Wine Review evaluated more than 250 rosés from around the world.  Among the standouts are the rosés of Domaines Ott, a producer in Provence widely recognized for the high quality and individuality of its wines.  Founded in 1912 by Alsatian agricultural engineer Marcel Ott, Domaines Ott is today owned and managed by Champagne Louis Roederer which acquired it in 2004.   Fourth generation cousins Christian and Jean-François Ott run Domaines Ott’s three unique estates: Château de Selle, Clos Mireille (both Côtes de Provence) and Château Romassan (Bandol), which are described below. Farmed organically from the beginning, Domaines Ott follows strict cultivation techniques using natural fertilizers and manual debudding to reduce yields. END_OF_DOCUMENT_TOKEN_TO_BE_REPLACED 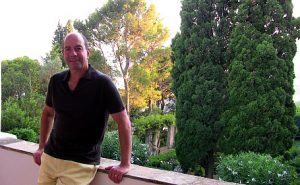 Blue Rock Vineyard  is a small artisanal winery in Alexander Valley that produces high quality  hand-crafted Bordeaux-inspired wines.  The owner of the winery is Kenny Kahn, a passionate vigneron who is one of a small group of producers in Alexander Valley in Sonoma County who are deeply committed to producing authentic high quality estate wines. Blue Rock currently has 46 acres of vineyards planted with five Bordeaux varietals and three acres of hillside Syrah. Blue Rock’s vineyards are today densely planted with low yielding vines and are managed following sustainable agricultural practices. We have been tasting Kenny’s wines over the past decade and they have been getting better and better.  The three wines reviewed here are first-rate. END_OF_DOCUMENT_TOKEN_TO_BE_REPLACED 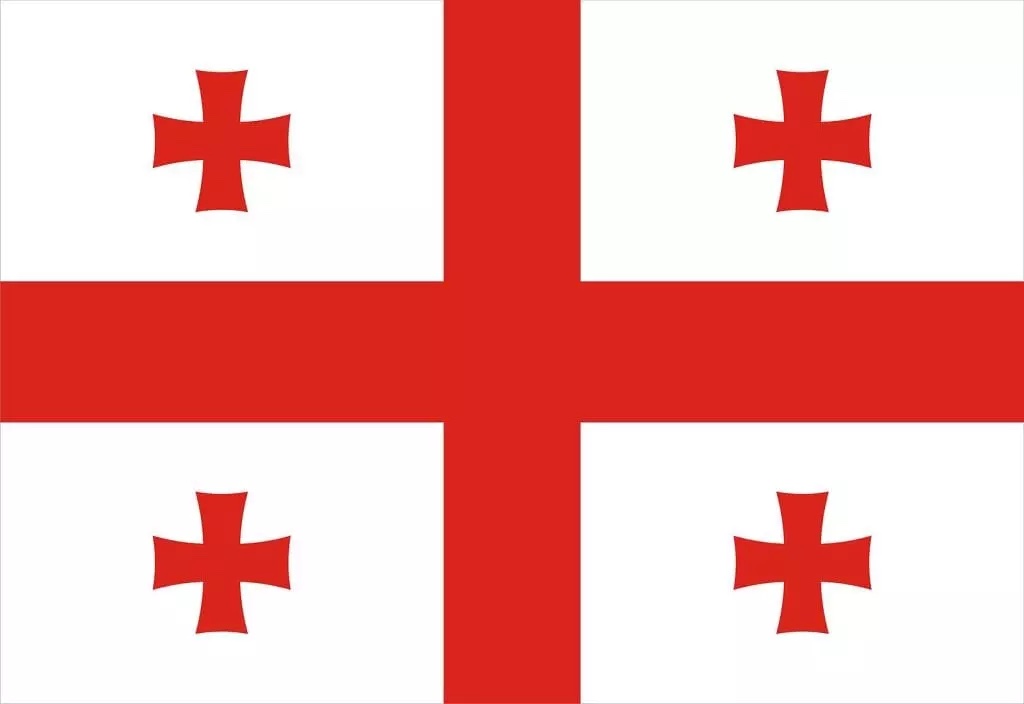 While Georgia has made wine for some eight thousand years, its wines are little known in North America.  The International Wine Review has begun tasting and reviewing Georgian wines in preparation for a future, post-COVID trip there. Recently, Georgia’s Khareba winery sent us samples, and we subsequently held a Zoom tasting with the lead winemaker, Vladimer Kublashvili.  We followed that up with another tasting, this time paired with delicious Georgian food at Washington, DC’s Supra restaurant owned and managed by Jonathan Nelms. This article reviews the wines of Khareba. Another article, available on the IWR home page, discusses Georgian food and wine. END_OF_DOCUMENT_TOKEN_TO_BE_REPLACED