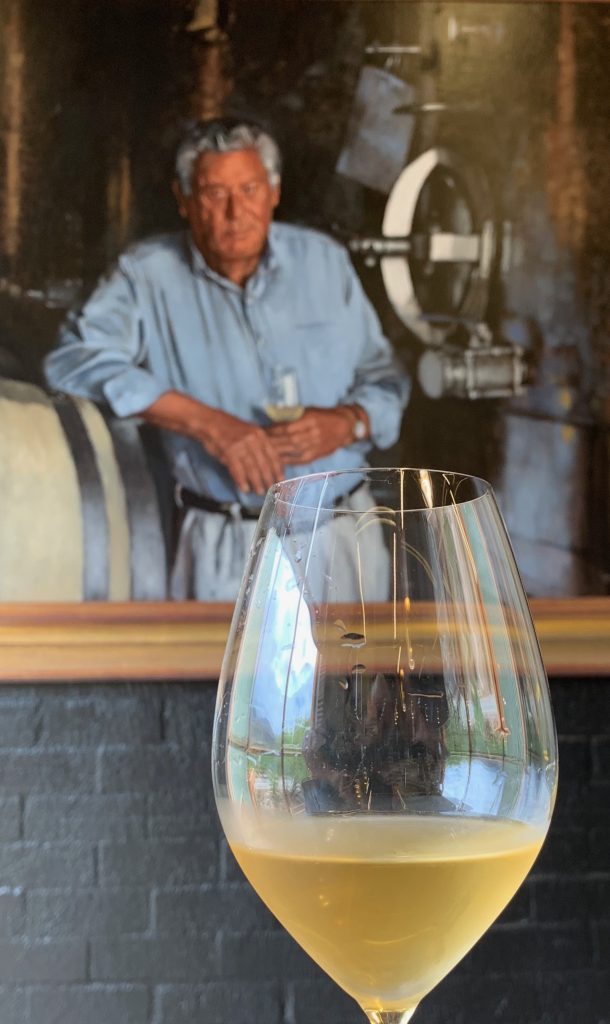 Industrialist Graham Beck founded his eponymous vineyard and winery in Robertson in 1983.  A few years later Pieter Ferreira joined Graham Beck, making his first sparkling wine  (called MCC or Methode Cap Classique in South Africa) in 1991. We visited Pieter at the Robertson winery recently, and he opened the 1991, which we thoroughly enjoyed with a beautiful roast chicken.  We tasted the full line up of current releases, which are reviewed below. [Shown above: The view from the tasting room.]

Now under the leadership of Antony Beck, as of 2018 the winery focuses only on sparkling wine, producing 170 thousand cases, about half of which are exported around the world. The US is the most important export market, purchasing 27 thousand cases annually of mostly non-vintage sparkling brut and rosé.  This makes Graham Beck South Africa’s most visible brand in the US market. The UK is the winery’s second largest market at about 19 thousand cases. And Japan is the most important emerging market where the focus is on premium vintage wines.

About 75 percent of Graham Beck’s fruit comes from the estate vineyards in Robertson, a terroir characterized by sun, rich limestone deposits, and huge diurnal swings in temperature. Pieter says it’s ideal for early varietals.  Other fruit comes from Elgin and Darling where the cool climate contributes acidity and brightness.

In addition, the winery has embarked on a major expansion and modernization, and Pieter offered a guided tour of the new facilities.  The all hand picked grapes are now handled more softly with gentle pressing.  Graham Beck’s own unique strain of native yeast is used for fermentation, reserve wines are aged in Austrian-made French oak vats, a higher percentage of reserve wine is used in the blend, and finished sparkling wines spend longer time on the lees.  Malo is kept to a bare minimum to retain acidity and avoid any bruised apple character.

The result  of these improvements are wines that are exceptionally clean and fresh.  The wines also offer exceptional value; the top of the line Cuvee Clive is particularly refined and elegant. 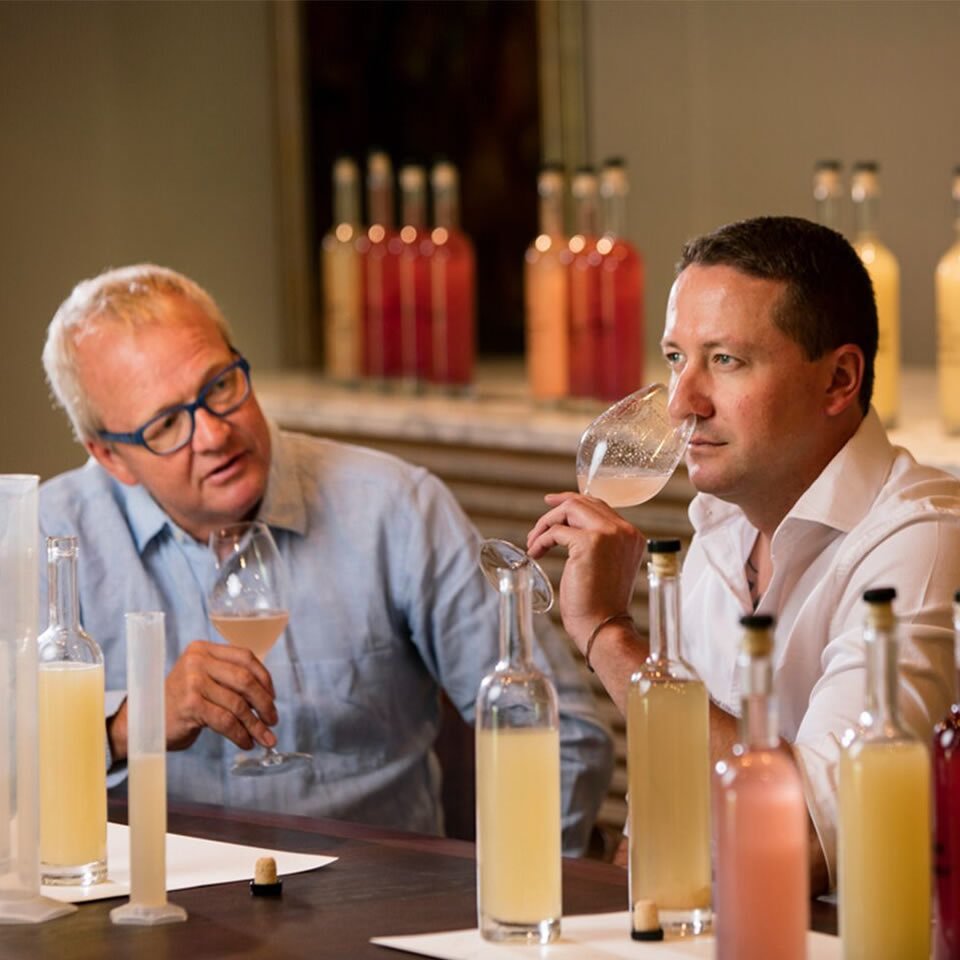 Pieter Ferreira is the cellar master at Graham Beck, while Pierre de Klerk has overseen day to day winemaking since 2010.  Pieter grew up in Durban in KwaZuluNatal, the son of a wine distributor.  He began making sparkling wine in 1984 at the Cabriere cellar, South Africa’s first MCC specialist.  In 1990 he joined Graham Beck, with the objective of making the estate a world leader in sparkling wine production. He’s also chairman of the Cap Classique Producers Association.

In recent years, Antony Beck has undertaken several new winemaking projects. In South Africa, he makes Capensis, a  high end Chardonnay made by Sonoma’s Stonestreet winemaker Graham Weerts,  in collaboration with Barbara Banke of Jackson Family Wines.  Since 2006, he has also made Angela Estate Pinot Noir In Oregon’s Yamhill-Carlton AVA in collaboration with winemaker Ken Wright; they recently hired the young French winemaker Alban Debeaulieu.  Most recently, he has embarked on two new sparkling wine projects in the Napa Valley and in England where Pieter Ferreira provides the winemaking expertise.

Graham Beck NV Bliss Demi Sec Western Cape 88  A creamy, perfumed sparkler showing sweet pear and apple. Quite floral on the nose and creamy on the palate. Excellent natural acidity keeps this wine balanced and just off dry despite the 35 g/L RS. 61% Pinot Noir and 39% Chardonnay, all hand picked with 15+ months lees contact.  Would pair well with wedding cake.

Graham Beck 2013 Brut Rosé Vintage Western Cape 91  Pink-tinged,onion skin color. Very clean bouquet of minerals and cherry skin. Complex and broad on a full, creamy palate with Pinot dominated flavors and a touch of leesiness.  Excellent persistence with lingering red fruit notes. A jointly pressed blend of 96% Pinot Noir from coastal vineyards near False Bay and 4% Chardonnay from the Robertson estate with 5 years on the lees and 10. g/L RS. 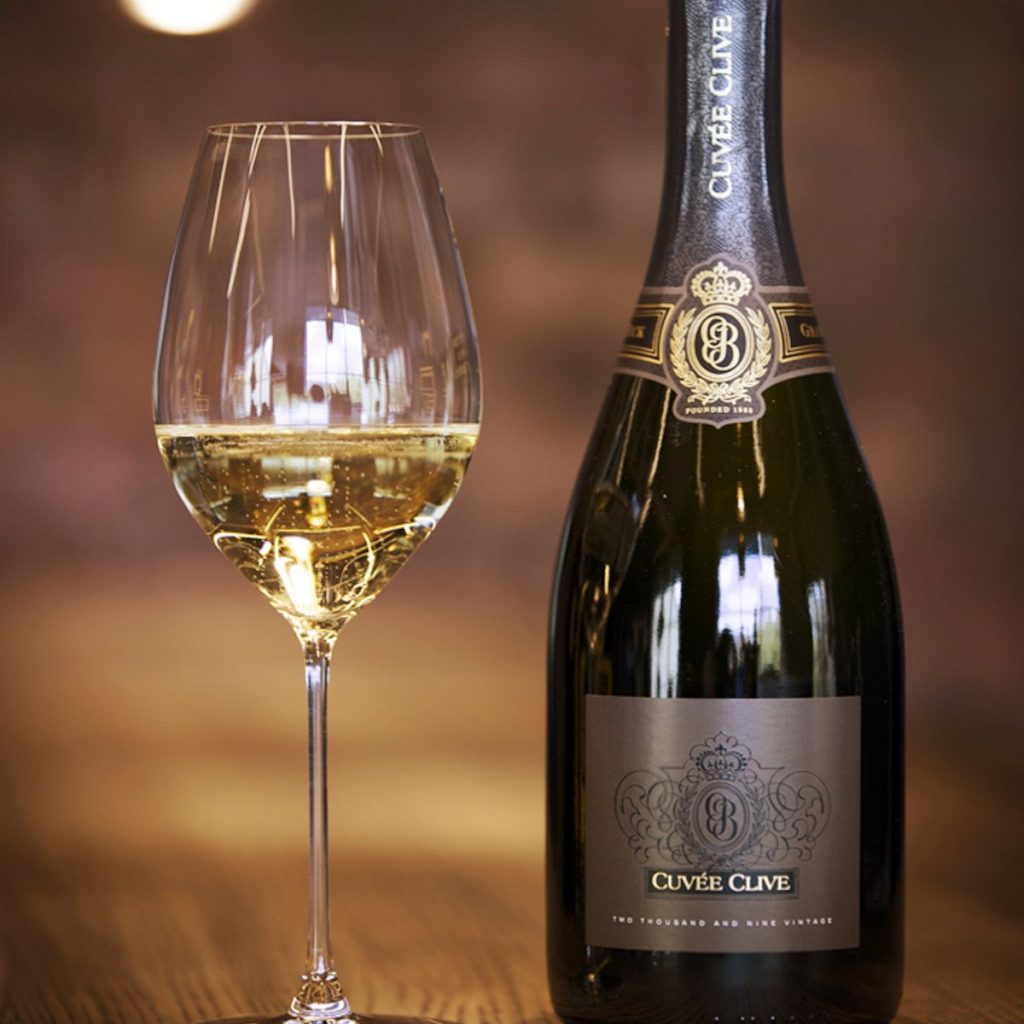 Graham Beck 2012 Cuvée Clive Western Cape 93  The 2012 Cuvée Clive is all Chardonnay from a single block, but the blend varies with the vintage. The goal is to make the best possible sparkling wine in each vintage and to give it a minimum of 5 years on the lees. This bottle was disgorged October 2017. It shows a toasty brioche nose and a big, round, full palate of hazelnut, shortbread and a hint of dried apricot. A big rich wine that’s also refined and beautifully balanced. Less than 5 g/L RS.