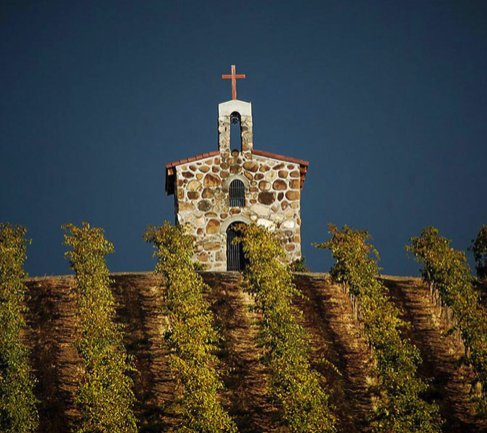 Red Willow Vineyard and its Chapel 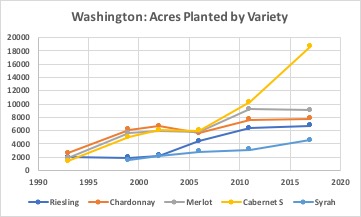 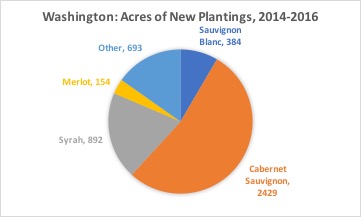 Washington’s first planting of Cabernet Sauvignon was at Otis Ranch in 1956 and at Harrison Hill Vineyard on Snipes Mountain around 1962. Both locations are relatively warm sites in a cooler area of the central Yakima Valley.  These were followed within a few years by plantings at Champoux (née Mercer-1972) in the Horse Heaven Hills, Cold Creek (1972), northeast of Yakima Valley and west of Hanford, Celilo in the Columbia Gorge (1972), at Red Willow in the extreme west of Yakima Valley (1973), and Sagemoor, in a warm but isolated area north of Richland (1972-73). All of these were own-rooted plantings, using UCD Clone 8, a consistent, medium vigor, reliable clonewhich still represents 80% of Washington Cabernet plantings. Today, Cabernet Sauvignon plantings are concentrated in the Horse Heaven Hills and Wahluke Slope appellations within the larger Columbia Valley AVA. 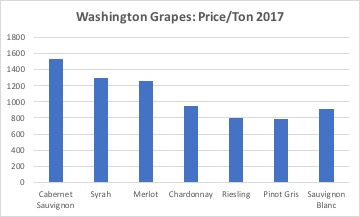 But it’s not just Washington growers who respond to incentives.  As we observed in our recent report on The Wines of Lodi the tons crushed of Cabernet Sauvignon increased by 57 thousand tons, or 35 percent, since 2010.  In just seven years, Lodi’s increase in production was almost equal to the total production (tons crushed) of Cabernet Sauvignon in Washington State in 2017. 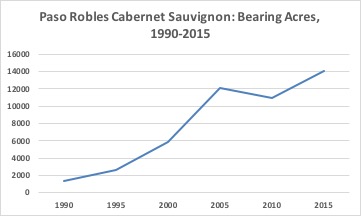 And this same phenomenon is being repeated elsewhere in California. As we noted in our 2017 report on Paso Robles, plantings of Cabernet Sauvignon have increased 143 percent since 2000 in that AVA (see graph above).  According to the 2017 California Crop Report, Paso Robles (San Luis Obispo County) now has 14,500 acres of Cabernet Sauvignon, or 70 percent of the total now in Washington State.