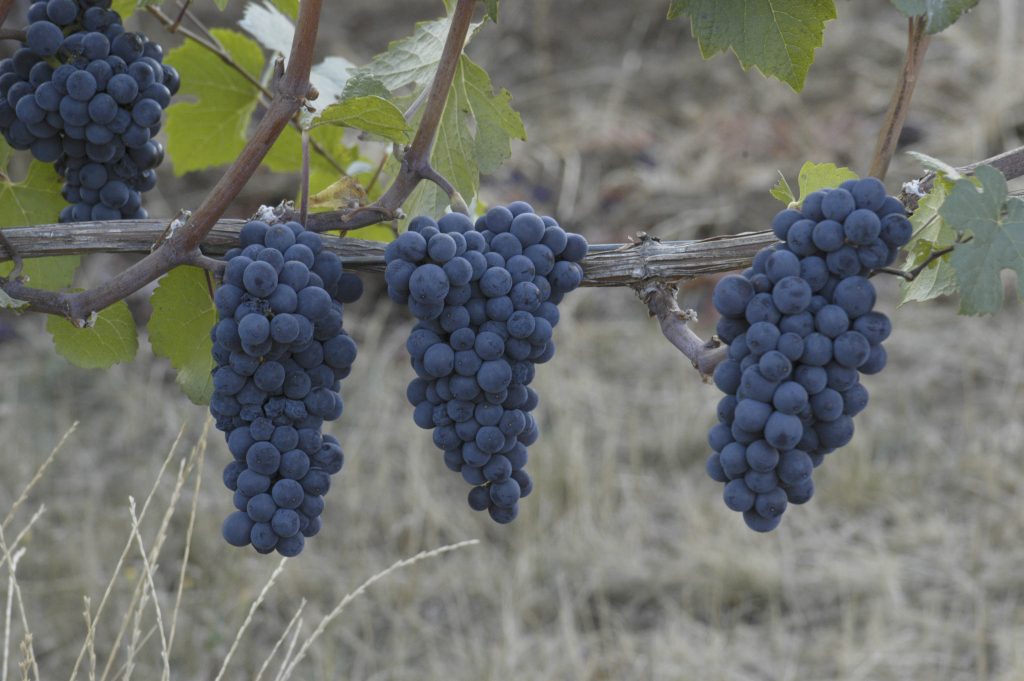 The Oregon Wine Board just published its annual vineyard and winery census, and it reveals continue growth in vineyard plantings, wine sales and economic impact of wine in Oregon. Compared to 2015, vineyard plantings grew by 2401 acres, or 8.6 percent. Wine sales increased by almost 300 thousand cases, or 9.5 percent. And sales increased by $58 million, or 12.3 percent, reflecting increased demand for, and prices of, Oregon wine. The number of wineries also grew, to 725.

The 2016 vintage produced fruit of outstanding quality with small berries and excellent flavor concentration. Bud break was two to four weeks earlier than normal, and harvesting also took place earlier than usual. A heat spell at bloom reduced the flowering period, leading to a smaller fruit set. As a result, per acre yields and total grape production both fell compared to 2015. Yields for both Pinot Noir and Pinot Gris were significantly lower in 2016. The full 2016 Oregon Vineyard and Winery Census Report can be found on the Oregon Board’s web site industry.oregonwine.org. 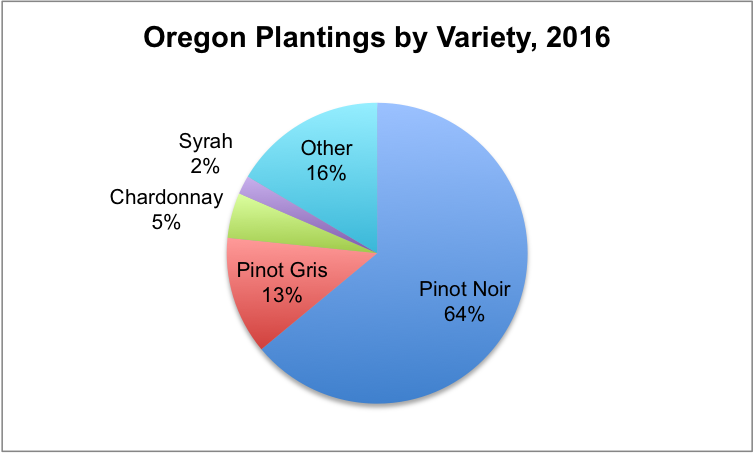 As might be expected, Pinot Noir continues to dominate Oregon wine, accounting for almost two-thirds of all plantings in the state. Pinot Gris comes in second at 13 percent. But Chardonnay shows the highest growth rate in terms of new plantings, increasing 16 percent over 2015. But Pinot Noir is no laggard, adding over two thousand acres of plantings in 2016, considerably more than any other variety.

Many things can affect year to year changes in wine production and sales, so we decided to take a look at longer term trends in Oregon’s wine industry. The earliest detailed data we could find on the Oregon Wine Board web site was for 2004, twelve years ago. Over that time there has been tremendous growth in vineyards. Total vineyard acreage increased from under 14 thousand in 2004 to over 30 thousand in 2016, and increase of 122 percent! During that same time period, California plantings increased by only 29 percent. 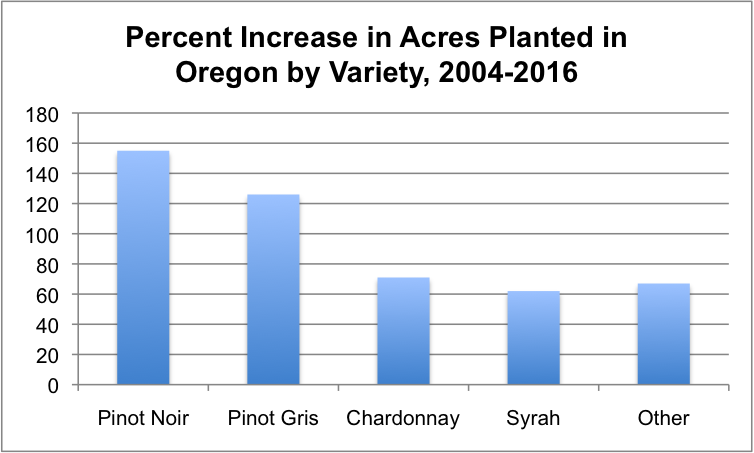 However, in terms of varieties planted, very little changed. Pinot Noir plantings increased by 155 percent over the twelve year time period, more than any other variety, and the percent of Oregon’s vineyard planted to Pinot Noir actually increased. Pinot Gris, which was already the second most widely planted variety in 2004, came in second but lost ground as a percent of total plantings. 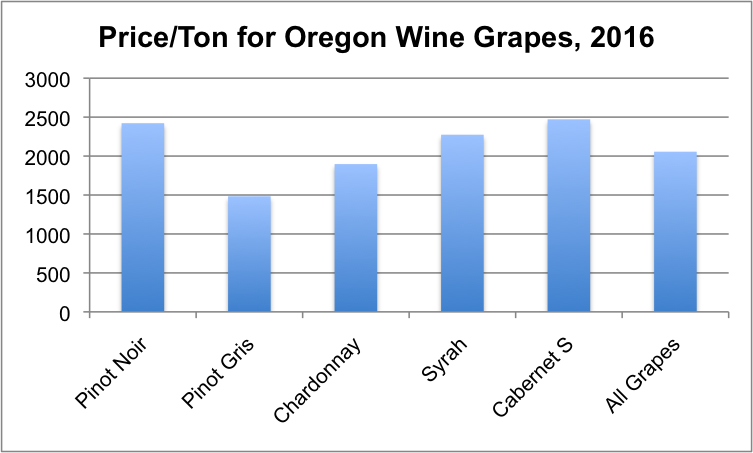 2016 grape prices changed very little on average from 2015 despite the overall reduction in yields and production. However, the decline in yields reduced average growers’ revenue per acre in 2016 by almost 14 percent compared to 2015. As shown in the table below, the decline was especially serious for Pinot Noir and Pinot Gris.

Again taking a look at the longer term, we compared the per ton price of grapes between 2004 and 2016. Like 2016, the 2004 vintage was low-yielding due to weather conditions. Overall, the per ton price of wine grapes was 23 percent higher in 2016 compared to 2004. However, this increase is lower than the overall increase (27%) in the consumer price index, so in real terms prices fell. As shown in the graph below, the only varieties which have experienced significant increases in real prices over this time period are Chardonnay and Cabernet Sauvignon. 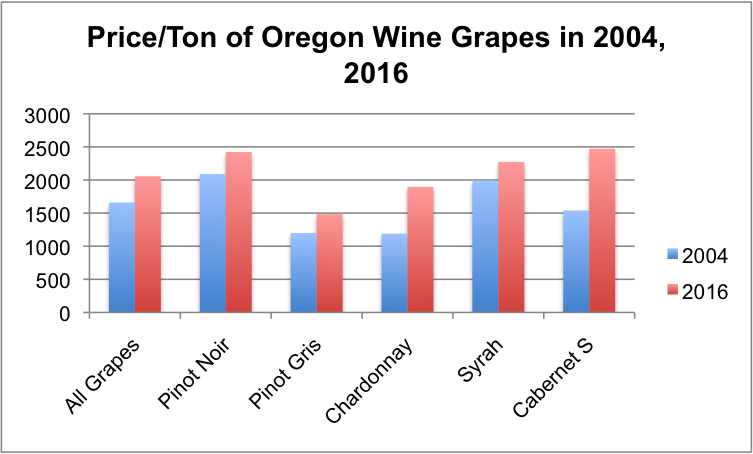 *2004 price data come from the publication “The Economic Impact of the Wine and Wine Grape Industry on the Oregon Economy,” published in 2006 by Full Glass Research.