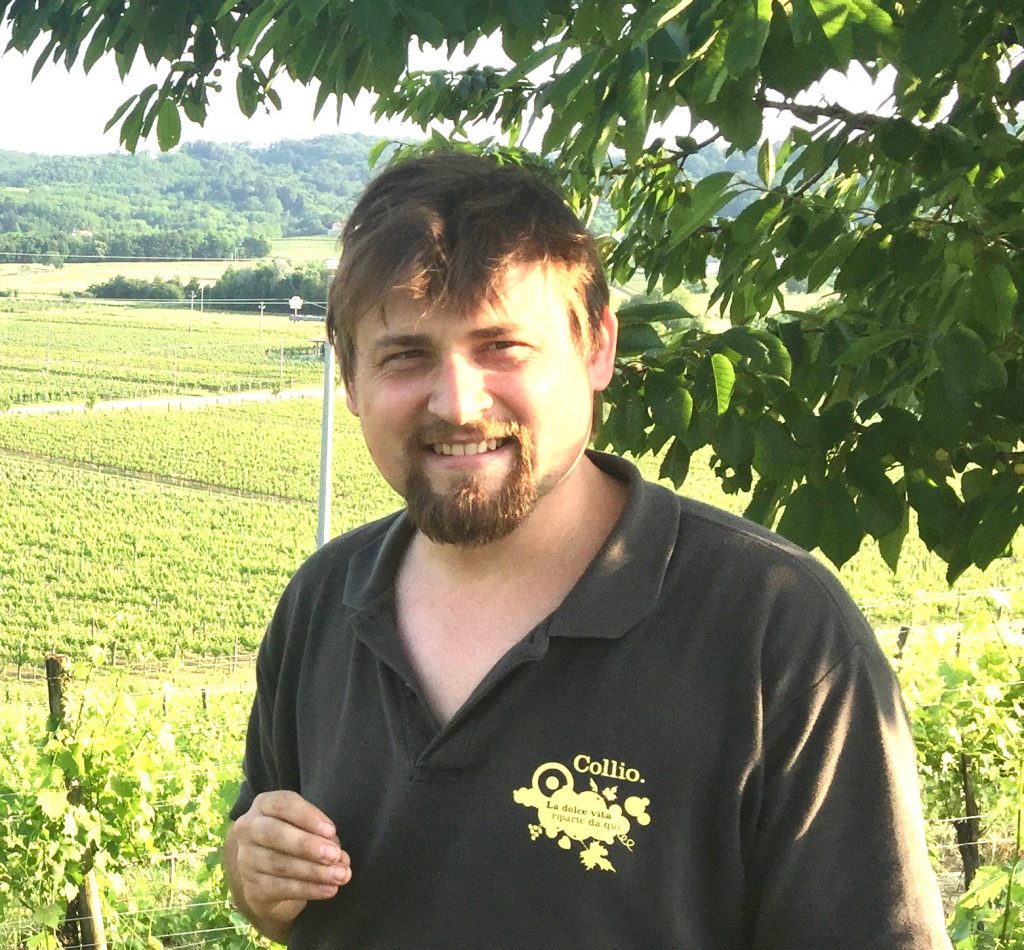 We recently visited Edi Keber and his son Kristian at their winery and vineyard in the small village of Zegla, located just a stone’s throw away from the Slovenian border. Edi Keber has always been on the cutting edge of winemaking in the Collio area of Friuli, and Kristian now follows in his footsteps. Kristian showed us their Collio Bianco blend from three very different vintages.

Located just across the road from Renato Keber, Edi Keber has 10 hectares of organically cultivated vineyards planted on the region’s ponka soil. The Keber family started bottling wines in 1957, and Edi took on the winemaking responsibilities 30 years ago and replaced international varieties with Collio’s indigenous varieties.

When his son Kristian assumed the winemaking mantle in 2008, they made the decision to put the focus on just one wine, a blend of Collio’s three local varieties—Friulano, Ribolla Gialla, and Malvasia Istriana, the proportions depending on the vintage. Each variety contributes something different to the blend: Friulano—structure, Ribolla Gialla—acidity and flavor, and Malvasia Istriana—perfumed aromas. In a further nod to the region’s traditions, they pick mature grapes that they then co-ferment and mature in old cement vats.

The three vintages tasted here are very different. The 2013 year was very good, but yields were reduced by heavy rain during flowering, and the mid-summer was intensely hot. 2014 was disastrous with little sunshine and lots of rain, but careful sorting and skilled winemaking like that of Edi and Kristian Keber made some very good, high acid wines. And 2015 was simply outstanding, especially for late maturing varieties that benefitted from moderate, late summer weather and long hang times.

The US Importer is Jan d’Amore.

Keber Edi 2013 Bianco Collio (Cormons) ($32) 91 The mineral driven 2013 Collio Bianco shows dried garden herbs, white almond, fresh nectarine and dried stone fruit on a beautifully balanced and vivacious palate, finishing with terrific persistence. Ribolla Gialla’s high acidity contributes to the ageability of the wine, and this one is now at its peak. A blend of 70% Friulano, 15% Ribolla Gialla, and 15% Malvasia Istriana

Keber Edi 2014 Bianco Collio (Cormons) ($32) 90 Medium yellow. Wild flowers and honeycomb complement orange tangerine and chalky minerals on this winemaker’s wine from the difficult 2014 vintage. The wine has higher acidity and is less effusive and fruit forward than its counterparts from 2013 and 2015, but it has excellent balance. There’s a ligth touch of botrytis despite the very thorough fruit sorting required for the vintage. A blend of 70% Friulano, 15% Ribolla Gialla, and 15% Malvasia Istriana. An outstanding wine for the vintage.

Keber Edi 2015 Bianco Collio (Cormons)  ($32) 92 Medium yellow. The outstanding 2015 vintage resulted in an especially rich and expressive wine with scents of ripe stone fruit and honeycomb. In the mouth it’s rich and creamy with yellow apple, toasted almond, and fresh herbal notes. The wine is complex and delicious and will only improve with a couple more years in bottle.