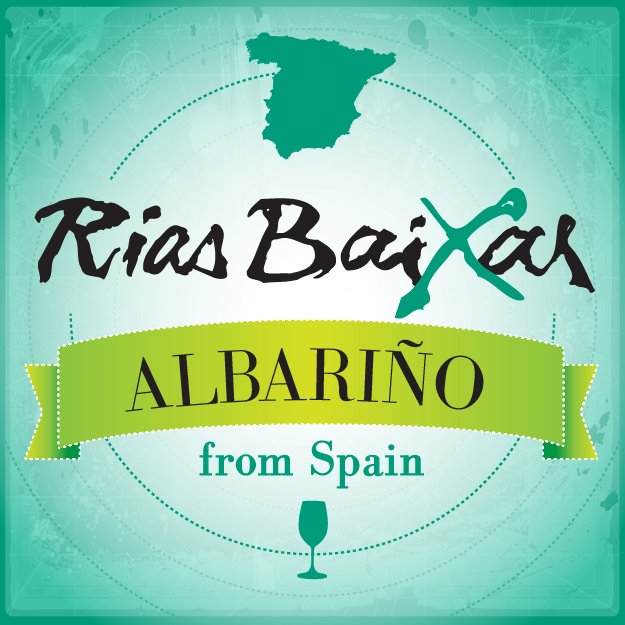 The Albariño wines of Rias Baixas are fresh and crisp, perfect companions to fresh seafood. We review some new releases from the 2014 vintage below from two of the five subzones of the Rias Baixas DO. We’ve previously reviewed Albariños from Rias Baixas and Alvarinhos from the Minho region of Portugal.

Due to the wetness of the climate along the Atlantic coast, Albariño vines are typically trained along granite posts (parrales) to form 7 foot canopies called emparrados to maximize air flow and exposure to the sun. In the winery, the fruit is usually cold-macerated for as long as 48 hours prior to fermentation. Partial malo is often used to soften acids, and the wines are sometimes given extended time on the lees with bâtonnage. Some producers also partially ferment in oak and/or acacia barrels to add complexity and improve ageability. 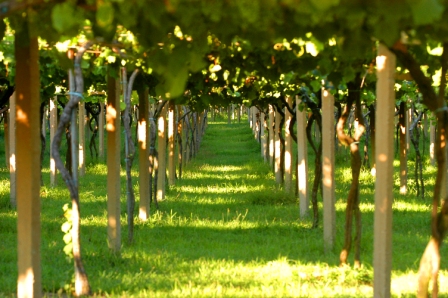 The Albariño grape makes aromatic wines of relatively high acidity. Stone fruit, melon, citrus and passion fruit aromas and flavors are most common, often with additional fennel and herbal notes. The thick skins and large number of pips of the fruit can sometimes result in residual bitterness, if skin contact is excessive. Wines made from Albariño often improve with 2-3 years bottle age, developing more complexity and roundness on the palate.

Adega Eidos de Padriñán 2014 Albariño Rias Baixas ($22) 91 The 2014 Eidos shows floral peach scents and a fine, focused mineral-like in character with flavors of white stone fruit. It’s beautifully fresh and reminiscent of wet river stones. We also tasted the 2013 Eidos, which has had an additional year in bottle that has contributed to a more honeyed nose of stone fruit; its palate that reveals riper fruit flavors, also with bright acidity and firm minerality. Made from 50+ year old vines on south-facing slopes overlooking Sanxenxo Harbor at the southern extreme of the Val do Sainés. Adega Eldos was founded in 2000 by Marcelo Radío. Importer: Classical Wines

Morgadío 2014 Albariño Rias Baixas ($19) 89 Light yellow straw. Showing perfumed scents of white flowers and quince, this is a crisp, refreshing Albariño. The palate is balanced and fresh with crisp acidity and lingering flavors of pear and minerals. An excellent wine for simply prepared fish. The 148 acre Morgadio vineyard is located in the inland subdistrict of Condado de Tea on the north bank of the Miño River, the southernmost and sunniest part of the appellation. Importer: Classical Wines

Marques de Vargas 2014 Pazo San Mauro Albariño Rias Baixas ($19) 89 With a floral and white peach nose, the appeal of this wine is evident from the start. Crisp acidity shows on a fresh, clean and balanced palate, finishing with citrus notes. The 74 acre estate is located in the Condado de Tea. The trellised vines are planted in descending terraces towards the Miño River. Average vine age is 30 years. Importer: Dreyfus Ashby

This entry was posted in Countries and Regions, Spain, Uncategorized, White Wine and tagged Albariño, Rias Baixas. Bookmark the permalink.