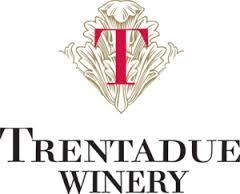 This Italian family winery was established in Geyserville in the early 1960s by Leo and Evelyne Trentadue.  The Trentadues were among the first to plant new vines in Sonoma County after Prohibition.   They own over 200 acres in Alexander Valley, much of it planted to old vine Zinfandel, Petite Sirah, Carignane and Italian varieties. The Trentadues have had a long-term and mutually beneficial relationship with Paul Draper of Ridge Vineyard who encouraged the Trentadues to establish their estate winery.   The winery has been highly successful producing wines of good quality at fair prices. 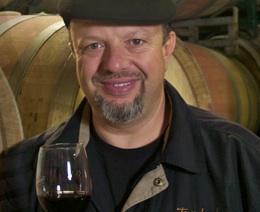 Miro Tcholakov has served as winemaker since 1999. Miro is an American/Bulgarian success story. He studied enology at the Higher Institute of Agriculture in Plovdiv after which he participated in a Future Farmers of America exchange program, which took him to Napa Valley. From there he became assistant winemaker at Dry Creeks Vineyard and in 1998 winemaker at Trentadue. He subsequently established his own winery, Miro Cellars, while continuing to make first class wines for Trentadue, including the excellent La Storia reserves.

The La Storia Reserve Wines reviewed here are the top tier of wines produced by Trentadue and include Cabernet Sauvignon, Merlot, Petite Sirah, Zinfandel and a Cuvée 32.  We were impressed with the quality of the 2012 vintage of these wines which we reviewed for our Report #44 The Wines of Sonoma County.  The  2013s  are every bit as good.

Trentadue 2013 La Storia Cabernet Sauvignon Alexander Valley ($38) 92+ The La Storia Cabernet Sauvignon is a fruit forward wine with good density of black currant and cassis flavors. It is a big and flavorful wine with nicely integrated toasted oak. Sourced from the finest lots and blended with other Bordeaux varieties, it reveals its Alexander Valley origens with hints of red fruit and herbs. Aged 13 months in European oak, it is soft and round in the mouth with a long finish.

Trentadue 2013 La Storia Merlot Alexander Valley ($34) 91 The La Storia Merlot offers aromas and flavors of cassis, black cherry, plum and hints of blackberry. It is a ripe, spicy and flavorful wine on the attack and has an elegant silky texture on the palate. Aged 16 months in new French and European oak, it beautifully balanced with round tannins and a superb finish.

Trentadue 2013 La Storia Zinfandel Alexander Valley ($34) 90 The La Storia Zinfandel is dark ruby in color and offers aromas and flavors of black cherry, plum, pepper and oak. It is ripe and mouth filling with a creamy velvet texture and good intensity of flavor. Aged in 25% new European oak for 13 months, there are hints of spicy chocolate on the back end with firm tannins and a pleasant finish.   A riper style Zinfandel.

Want access to our in-depth reports and wine reviews on the wines of California and other regions worldwide? Become a subscriber today.

Trentadue 2013 La Storia Pete Sirah Alexander Valley ($34) 91 We are always delighted to taste a new vintage of Trentadue’s Petite Sirah and this one is no exception. It is a delicious wine with beautiful red and blackberry fruit flavors with hints of chocolate. Aged 16 months in European oak, it is elegant on the palate with a silky mouth feel and good ripe tannins. Forty years of Trentadue experience with Petite Sirah shows in the glass. A youthful wine which will age well over the next 7 to 10 years.

Trentadue 2013 La Storia Cuvee 32 Alexander Valley ($36) 90 The La Storia Cuvee 32 is a blend of 48% Sangiovese, 35% Merlot and dollops of Malbec, Montepulciano and Cabernet Franc. It is a fragrant and fruit forward wine offering aromas of black cherry and plum fruit with hints of oak.  Aged 16 months in 45% new oak, it is soft on the attack with good density of spicy fruit flavors, firm round tannins, lots of acidity, and a long finish