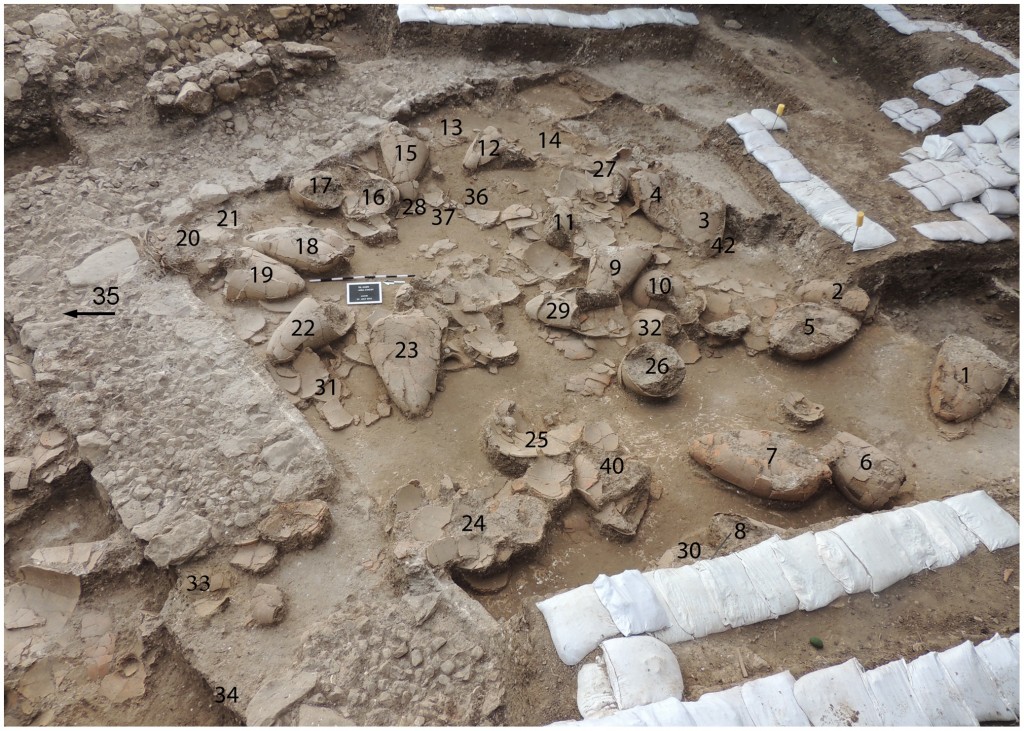 An article just published in PLOS ONE reveals the discovery of a 2nd millennium BC palatial wine cellar at Tel Kabri in western Galilee not far from the famed, ancient Bethanath vineyard in the Beit HaKerem Valley that separates upper and lower Galilee. A total of 40 large (50 Liter), ceramic wine vessels (numbered in the photo) were uncovered, most containing residue of red wine, usually mixed with mint, juniper, and cinnamon bark.

Read our Report #32 The New Wines of Israel for more on the wine history of this region and for reviews of some of the modern wines being produced in the Upper Galilee by wineries like Ramat Naftaly, Na’aman, and Galil-Mountain.  Also, see Joel Butler and Randall Heskett’s book  Divine Vintage: Following the Wine Trail from Genesis to the  Modern Age (Palgrave MacMillan 2012) for much more on the history of wine in this part of the world.  And, see our review of a wine made following a two thousand year old Roman recipe if you’re interested in what ancient wines tasted like [admittedly, not as ancient as the wines discovered at Tel Kabri).

This entry was posted in Uncategorized, Wine Articles and tagged Israel. Bookmark the permalink.