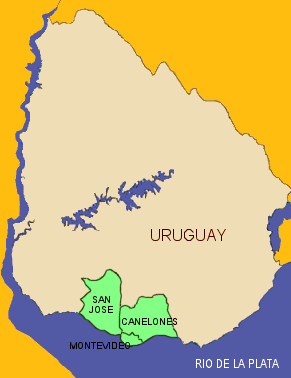 These wines from Uruguay are entry level wines produced by Bodega Marichal, located in the Canalones hills north of Montevideo.  They are very good quality for the price, and the producer’s  higher end reserve wines should  be even better, especially their Grand Reserve Tannat “A”.

At about 35° South, Uruguay is located in that latitudinal band where vines grow and wines are made around the world and is about the same latitude as Mendoza and Santiago.  About nine thousand hectares of vines are currently under cultivation, with Tannat being the vinous star of Uruguay. Tannat is a variety that can produce fiercely tannic wines in its home in Madirán, France. It was a Frenchman, Pascual Harriague, who first brought the grape to Uruguay in 1870, where it produces more consumer friendly wines. 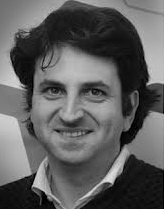 Bodega Marichal’s 50 hectares of calcareous-clay vineyards are located near the coast and benefit from the cooling breezes of the Rio de la Plata and the Atlantic. The Atlantic influence is not unlike that of Bordeaux, although temperatures are warmer.   The Bodega began making wine in 1938 and today produces 10 thousand cases annually.  Juan Andrés Marichal is winemaker; he previously made wine in Mendoza, Argentina.

Bodegas Marichal 2012 Premium Chardonnay Canalones  (89) $16  This unoaked Chardonnay is clean and bright with racy acidity and freshness, partly due to the fact it  not go through malo.  A good wine for seafood and lighter cuisine.  Very pleasant drinking with nice minerality on the finish.  One of the better unoaked, New World Chardonnays we’ve tasted.

Bodegas Marichal 2011 Premium Tannat Canalones (87) $16  Medium dark red. The nose on this unoaked Tannat shows blackberry and red berry notes.  It’s soft on the attack and fruit forward with firm ripe tannins, herbs and red fruit notes, a bit on the dry side. Reveals good freshness and purity but a little light on the mid-palate.  Goes through cold maceration for 3-4 days prior to fermentation.

1 Response to Bodega Marichal of Uruguay