Bobal: The Grape of Utiel-Requena in Valencia 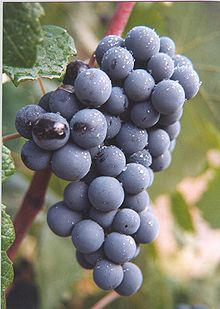 We traveled to Valencia last week and used the opportunity to learn more about the grapes and wines of the region.   On our first day we traveled west of Valencia to the Utiel-Requena region, an area famed for Bobal and Cava, where we visited three quite different wineries: Murviedro—a large producer (21 million bottles annually) that purchases all its grapes and makes a wide range of table wines and Cava; Hispanos Suizas—a new, boutique winery focused on making the best possible estate wine; and Pago de Tharsys—a small, Cava-focused winery that has received Spain’s exclusive “pago” status [See our Report # 18 Wines of Navarra for details on this.]

While traveling and tasting wines we became aware of the large number of plantings of a grape called Bobal, a vitis vinifera variety indigenous to the Utiel-Requena region of Valencia. It represents 78 percent  (about 32 thousand hectares) of all plantings in Utiel-Requena, and is the third most widely planted grape in all of Spain.  Yet it is rarely found on wine store shelves, especially outside of Spain.  The reason is that it is mostly produced and sold in bulk, eventually to be blended and marketed as a generic Spanish red wine. However, some of Utiel-Requena’s 115 wineries are beginning to bottle and market Bobal as a varietal.  We had the opportunity to taste a couple such bottles. 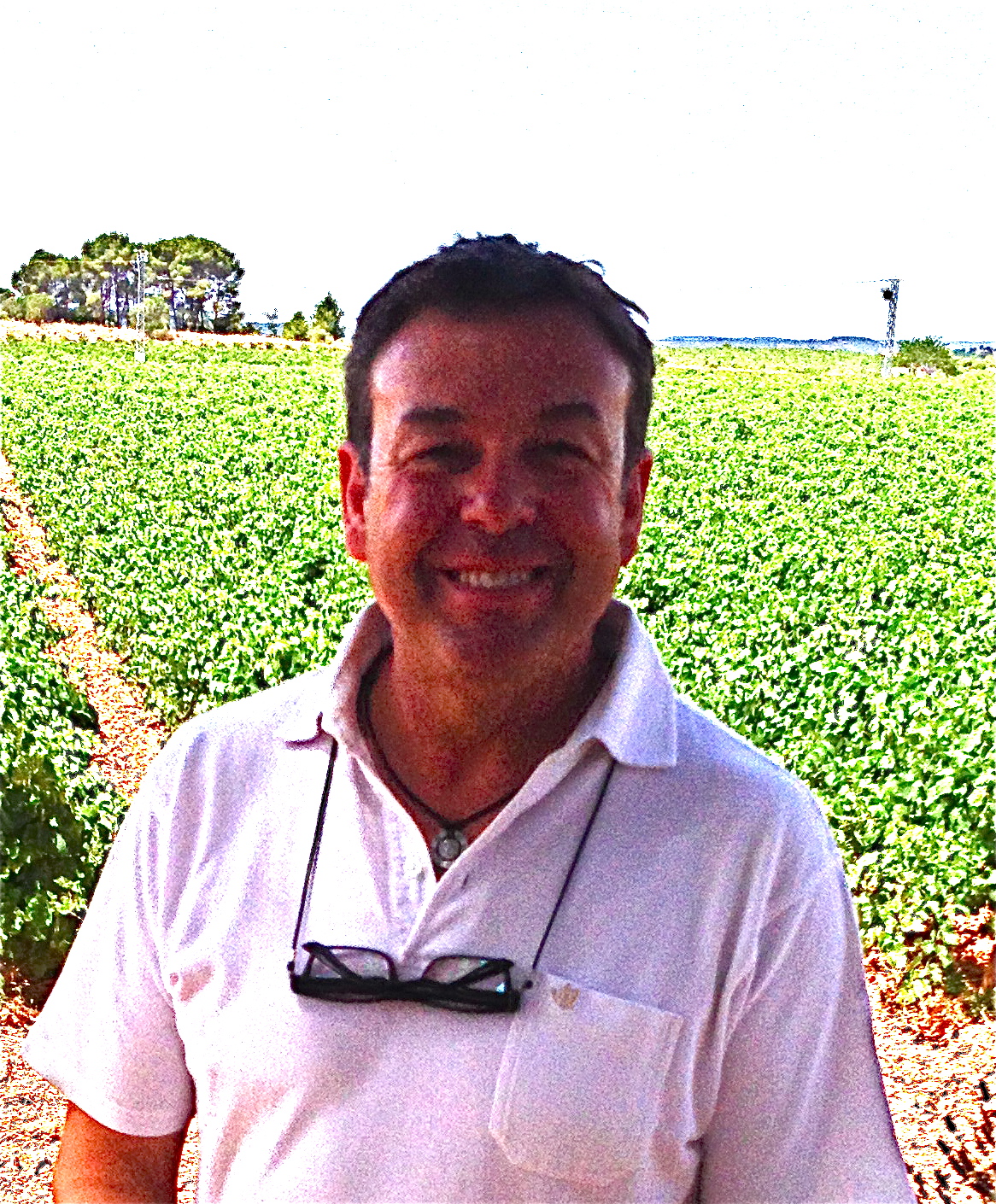 Since we knew very little about Bobal, we took the opportunity to talk about it with Rafael Navarro, the viticulturist and co-owner of Hispano-Suizas.  Rafael explained that, as a variety, Bobal would appear to offer some promise as it produces dark fruit and good acidity with chewy tannins and moderate levels of alcohol.  It also contains high levels of resveratrol.  A late flowering variety, it is disease resistant and well adapted to the cold winters and late frosts of the high altitudes (700-950 meters above sea level) of Utiel-Requena.  Typically dry-farmed and grown en vaso (bush vine), it also handles well the heat and dryness of summer, ripening late when average temperatures have declined. It is also a very productive variety, which makes it attractive to the growers of the region, who mostly sell to cooperatives.

Producing quality wine from Bobal presents some challenges, according to Rafael.  It needs to be severely pruned to produce quality fruit. Also, the berries ripen unevenly, even on the same cluster, which requires care both in picking and sorting.  However, made properly, Bobal is a dark colored, richly flavored, firmly tannic wine. Its high acidity makes for excellent rosé wines, and it has even been used to make sparkling wine.  The best Bobal based wines are made from old vines. 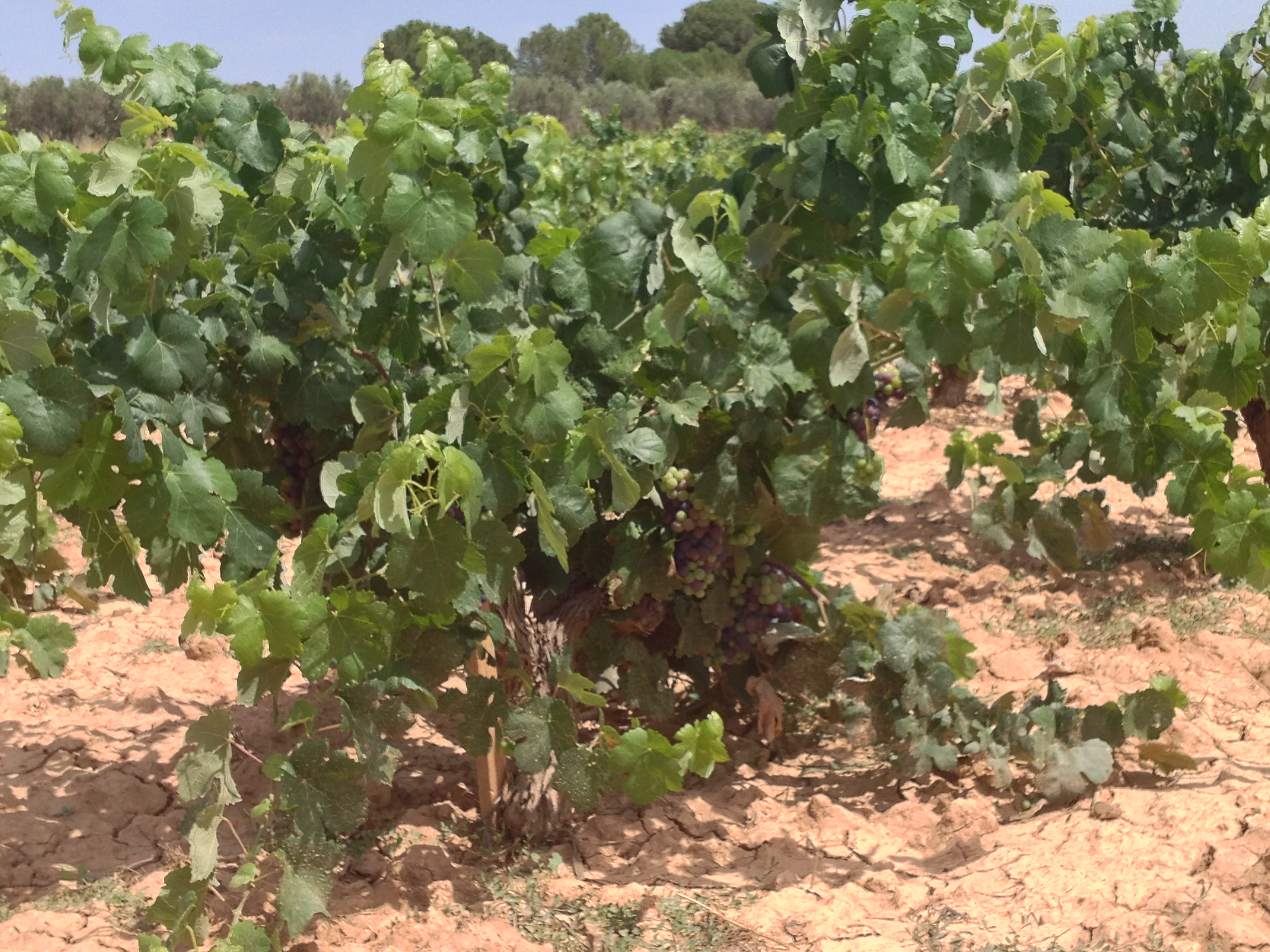 Murviedro 2010 Corolilla Bobal Viñas Viejas Crianza Utiel-Requena Purple ruby in color, this mono-varietal Bobal spends a minimum of six months in  oak. It’s a fruit forward, attractive wine that reveals aromas and flavors of black cherry with violet and chocolate notes.  It’s rich and concentrated on the palate and exudes freshness.  Some additional bottle aging is need to soften firm tannins, but overall this wine shows the potential of Bobal as a still, table wine.

Tharsys Unico 2008 Blanc de Negre Brut Utiel-Requena  As Bobal has seldom before been used to make sparkling wine, this 100 percent Bobal sparkler can be regarded as an experiment. The Blanc de Negre Brut spends 20 months on the lees. It is subtly flavored with notes of yeast and summer melon (Honeydew), finishing dry and chalky.  While we wouldn’t put this sparkler among our very favorites, it certainly shows that the high acid Bobal has the potential to make a perfectly good sparkling wine.  We hope Tharsys continues its experimentation. [Although Requena is one of Spain’s important Cava producers, Bobal is not an approved variety for Cava, so the appellation on this wine is Utiel Requena.]