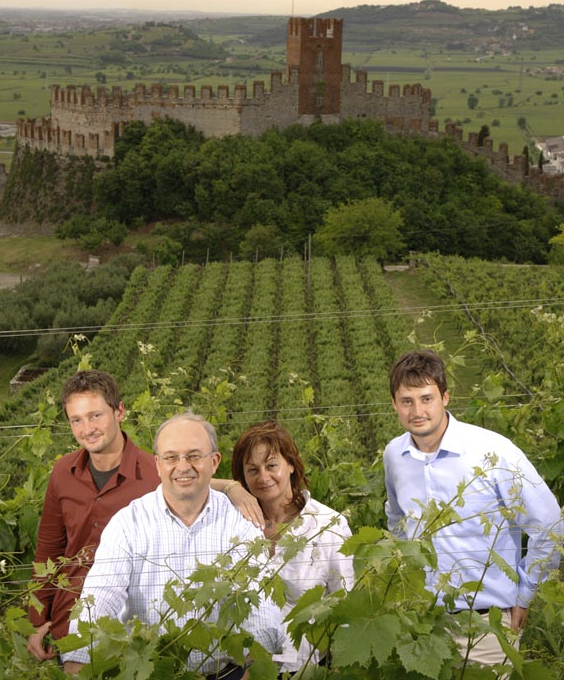 Leonildo Pieropan is one of the Veneto’s greatest producers of the wine called Soave, made from the Garganega grape. In our Report # 35 The Wines of Soave, we discuss this region in great detail, focusing on the best producers and their wines coming from the best vineyards (crus) of the appellation.  While Soave has had its ups and downs over the decades, Pieropan has consistently remained focused on producing authentic Soave from the hillside vineyards found in the traditional growing region of the appellation called Soave Classico.

History. In the 1890s, the village doctor and amateur winemaker Leonildo Pieropan purchased the 15th century Palazzo Pullici located inside the town walls of Soave village and created the Pieropan winery and began the process of assembling great vineyards located in what are now recognized as among the great crus of Soave, including in 1901, a 7 hectare vineyard in the Calvarino cru.   Flash forward almost a hundred years, and his grandson Leonildo (“Nino”) Pieropan took over the winery and expanded the vineyards to include sites in other great crus, including in 1971, in the La Rocca cru, which borders the castle and rises to 300 meters. The vineyards are all painstakingly managed with low yields using organic viticulture practices.  Today, the Pieropan sons, Dario and Andrea, both trained in enology and viticulture, are taking an increasingly important role in managing the vineyards and winery.

Vineyards. Today, Pieropan has 30 hectares of vineyards located in several crus.  However, single vineyards wines are made from only two of them—Calvarino and La Rocca. These vineyards are quite different and, so, make quite different wines. Calvarino consists of numerous, terraced plots with vines aged 25-60+ years old all trained in the traditional pergola methods. The soils is dark volcanic, rich in basalt and tufa, which absorbs heat. La Rocca is all spur-pruned cordon, 45 year old, terraced vines with a  very different clay and calcareous soil with lots of white stones. A bit warmer and more luminous than Calvarino, the grapes have greater pigmentation and are deep gold in color, and the fruit is riper, left to ripen on the vine until late October. As a result, the La Rocca wine is fermented and aged in small oak barriques, to better express the fruit and terroir. 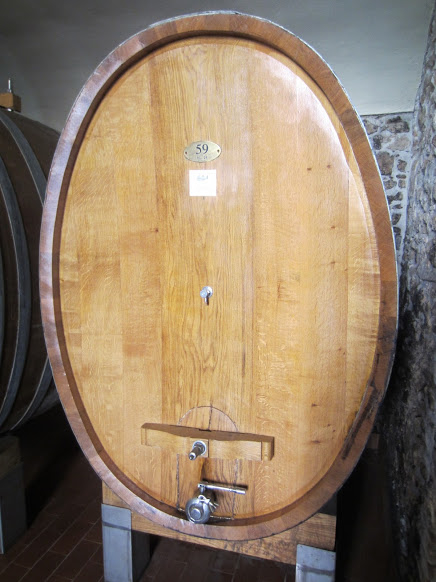 The Wines.  Pieropan makes a base Soave Classico, sourced from both pergola and Guyot trained vines and a variety of estate vineyards, including portions of Calvarino and La Rocca. The wine is stainless steel fermented and aged.  The Pieropan Calvarino Soave Classico is, of course, a single vineyard wine, comprised of 70 percent Garganega and 30% Trebbiano di Soave. It is fermented in stainless steel but aged in large format oak botti. In contrast, the Pieropan La Rocca Soave Classico is 100 percent Garganega, fermented and aged in small oak barriques, to better express the ripe fruit and calcareous terroir.  In addition, Pieropan also makes  Recioto di Soave Le Colombare DOCG, made of Garganega grapes dried on bamboos mats, often with a touch of botrytis, which we tasted and reported on in our Report # 27 Sweet Wines of the World.

Neil Empson of Alexandria VA imports Pieropan to the US.

Pieropan 2011 Soave Classico  ($18)  89   This is a well-balanced wine with good acidity and freshness. It’s somewhat austere in style with chalky minerals on a lightly flavored palate. An excellent wine to pair with oysters or simply prepared fish. It’s a blend of 85% Garganega and 15% Trebbiano di Soave from old vines grown in the volcanic soils of the estate. Pieropan 2010 La Rocca Soave Classico  ($30) 92    The La Rocca is ripe and rich with a piercing perfume of apricot, honey and citrus zest. It reveals a fresh fruit character despite the ripeness, finishing with rich extract and racy acidity.  A 100 percent Garganega wine made from late-picked, very ripe grapes grown in the La Rocca vineyard on Monte Rocchetta hill.  Pieropan 2009 Calvarino Soave Classico ($30) 93    The Calvarino ranks among the most aristocratic Soaves, powerful without being showy. Superbly balanced with a firm mineral structure, the wine reveals notes of stone fruit, honeycomb and lees, but it’s the elegant texture and chalky nature of this wine that impresses most. Made from estate fruit grown on clay and tufaceous basalt soils.

Thanks to James Scarcebrook for selected photos from his blog.

This entry was posted in Countries and Regions, Italy, Uncategorized and tagged Empson, Pieropan, Soave. Bookmark the permalink.