Best Wines Values from Chile Under $15: From A (Albamar) to X (Xplorador) 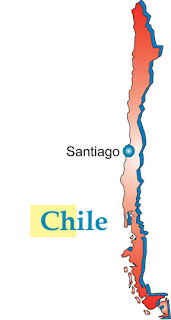 Chile has a reputation for delivering excellent wine values at all price points. Here we list our favorites among recently tasted, low-priced wines. In Report # 21 The Chilean Wine Revolution, we evaluated wines priced $15 and above and marveled at their overall quality. Since then we’ve tasted a large number of Chilean wines under $15, and, once again, we’ve found remarkable quality for the price. Even more remarkable, Chile’s wines just keep getting better and better.

How can Chile make such great wines at such low prices? One important reason is economies of scale. Chile has one of the world’s most highly concentrated wine industries—a very few, large wineries account for a high percentage of production and of exports. These large wineries are professionally run and increasingly oriented to producing quality wines, rather than short run profits. Second is winemaking skill. Chile’s excellent faculties of enology are producing large numbers of well-trained, young winemakers who complement, and will soon replace, the pioneers of the industry. And the third reason is terroir.

Twenty years ago Chile’s inexpensive wine came mostly from its hot Central Valley (Valle Central). Today, as a result of systematic searching, Chilean producers have found the best sites to grow specific varietals. This is illustrated by a quick perusal of the origins of our favorite wines. Almost all our favorite white wines are made with fruit from the Casablanca Valley, located near the sea, or Bío Bío, located far to the South. Excepting Pinot Noir, the red wines are sourced from warmer climes—Cabernet Sauvignon from the Valle Central, Carignane from Maule, Syrah from Rapel.

Our highest rated wines under $15 are listed below by varietal (with vineyard locations in parentheses). Detailed reviews and additional information on these wines can be found in our wine review articles and our blogs on Casillero del Diablo, Emiliana, Llai Llai, Meli, and Xplorador. Tastings and ratings of all Chilean wines can also be found in our Search Engine.

This entry was posted in Chile, Markets, Wine Articles. Bookmark the permalink.